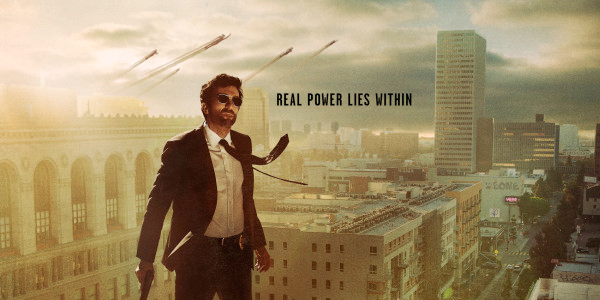 Last night Brian Michael Bendis dropped a fair amount of information regarding the upcoming Sony PlayStation original series, based on the comic of the same name, Powers.

Looks like fans won’t have to wait very long to see the world of Powers come to life.  Brian Michael Bendis (producer of the series and co-writer of the original graphic novel) revealed via his PlayStat 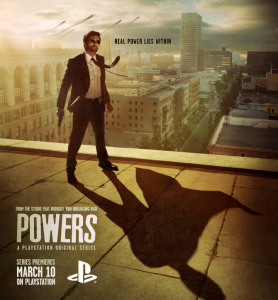 ion blog that Powers will be debuting on March 10th, where the first episode can be found for free on playstation.com/powers or on the Playstation Network.  Also on March 10th, episodes two and three will be available for purchase which will be available on the PlayStation Store, with a new episode being released every Tuesday(PlayStation Plus members will receive the entire series for free however).

According to Bendis, Powers has been in development in one form or another for 14 years.  Originally the show was set to premiere on FX, starring Jason Patric and Lucy Punch as Walker and Pilgrim respectively, but when it fell through, the likelihood of fans ever getting to see Powers come alive on the small screen seemed to vanish along with it.  Sony and PlayStation were kind enough to make the official announcement around March of last year that Powers would be PlayStation’s first original series with Bendis and Oeming on as executive producers, and starring Sharlto Copley, Susan Heyward, Olesya Rulin, Eddie Izzard, Michelle Forbes, Noah Taylor, and Alona Tal.  It’s clear that though the future of Powers is unsure at this time, at least it seem to be in the right hands.

Stay tuned to Kastor’s Korner for more information, and check out Bendis’ official PlayStation blog for information on giveaways and contests that will certainly be popping up in the coming months.