Powers TV Show Gets a Director 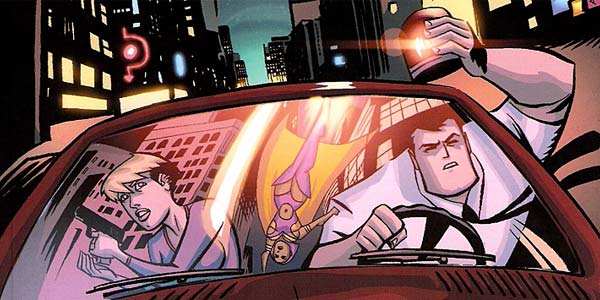 Powers has had an interesting journey from the comics page to the screen, first being planned as a movie, then a TV show on FX, before finally landing as the premiere series on the new Playstation streaming service.  But it looks like this third try will stick, or at least has progressed far enough that a director has been named for the first two episodes of the series– David Slade.

While not exactly a household name, Slade has directed for AMC’s Breaking Bad as well as several episodes of Hannibal, so he’s been involved with some pretty damn excellent TV in the past.  He also directed Hard Candy (yay!), 30 Days of Night (less yay) and the worst of the Twilight movies, Eclipse (not the least bit yay).  But that TV stuff has me hopeful.

Powers was a pretty great comic book in its prime, and the pulpy, serialized nature of the cases investigated by our two main cops Christian Walker and Deena Pilgrim always seemed to lend itself to a TV show.  I’m down to see how this show turns out regardless.  But if they start with a direct adaptation of the fantastic “Who Killed Retro Girl” story arc, I might actually buy a Playstation rather than watch it at Jason’s house.