Pre Order Awesomeness: Target Giving Away Gorilla Soldier with Dawn of the Planet of the Apes 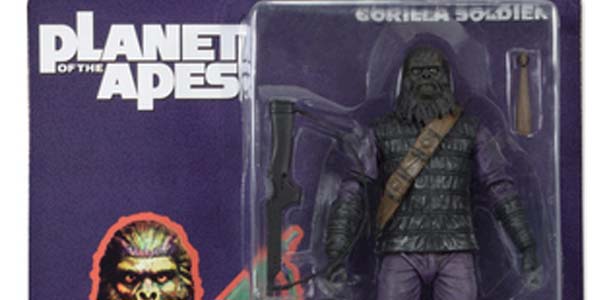 Now you know where to preorder one of the summer’s best movies!

The only info thus far is the Target listing, but it appears to be the same (awesome) figure from POTA Classics Series One, but packed on a cool retro card that retains the look and feel of the old school Mego doll Apes from the 70s.  I kind of love it.

What I love even more is the price– $24 gets you the Blu Ray of Dawn PLUS the Gorilla… That’s an excellent deal, especially for a legitimately great toy and an even better movie!

I do think it would have been cool for NECA to tweak this Apes’ paint deco to replicate the brown jumpsuit of the original Mego toy, but regardless, he’s a great figure, and it’s such an awesome idea to include a soldier builder in this bundle instead of an extra Caesar or something most of us already have!

Check out some images of the exclusive Gorilla in package below… and Click Here to preorder Dawn of the Planet of the Apes now. 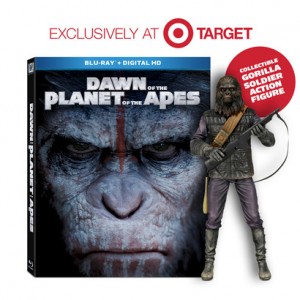 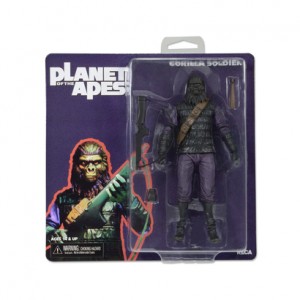 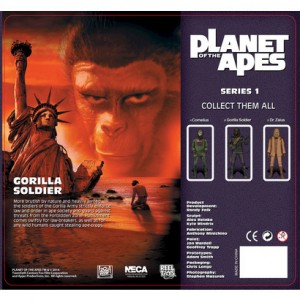