All Hail The Predator Clan Leader 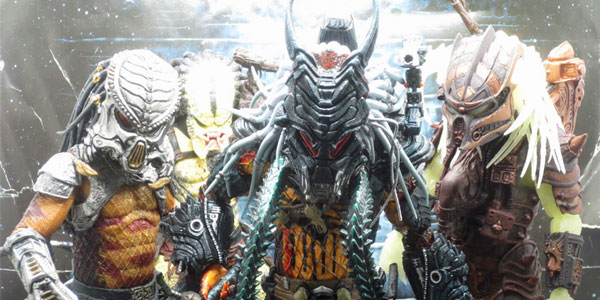 NECA introduces a hierarchy to the Predator collection with their latest Kenner tribute release.

Let’s throw things back to the early 90s.  Aliens has become a phenomenon, thanks to all-time classic films by Ridley Scott and James Cameron.  And despite the gender fluidity and sexual politics woven into that franchise, Kenner still managed to release an awesome and sort of insane toy line. But Kenner wasn’t done. Inspired by the Aliens vs Predator comic book and video games, Kenner introduced a toy line based on Predator– a movie which pitted extraterrestrial monsters with a penchant for skinning their adversaries alive before ripping their spines out– which seemed like a more kid-friendly alternative to Aliens, if only by default.  God bless ’em, that was Kenner in those days, and so we were treated to BOTH toy lines.

While some of these toy creations deviated too far from the source material (a “King Alien”? Kenner, please) Predator as a property usually rang true, despite how silly the concepts got.  Now, for the third year in a row, NECA has paid tribute to this amazing toy line, with the latest releases in their Kenner Predator tribute collection. The most recent basic figures go a long way in establishing a place for these weird and wonderful characters in the greater Predator mythos, but it is the Predator Clan Leader who fully realizes NECA’s modern storyline.

Hierarchy has been present in the Predator series since the second movie, which introduced the Elder who led the Lost Tribe. Kenner’s original Clan Leader always struck me as a (loose) adaptation of the Elder, but NECA has crafted a context which allows space for both Predator leaders to exist. The Elder leads the Lost Tribe, but the Clan Leader is the lord of all Yatuja.  This figure’s bio posits him as the king among Predators, and he fits the bill, whether in terms of his regal stature or straight up imposing menace. 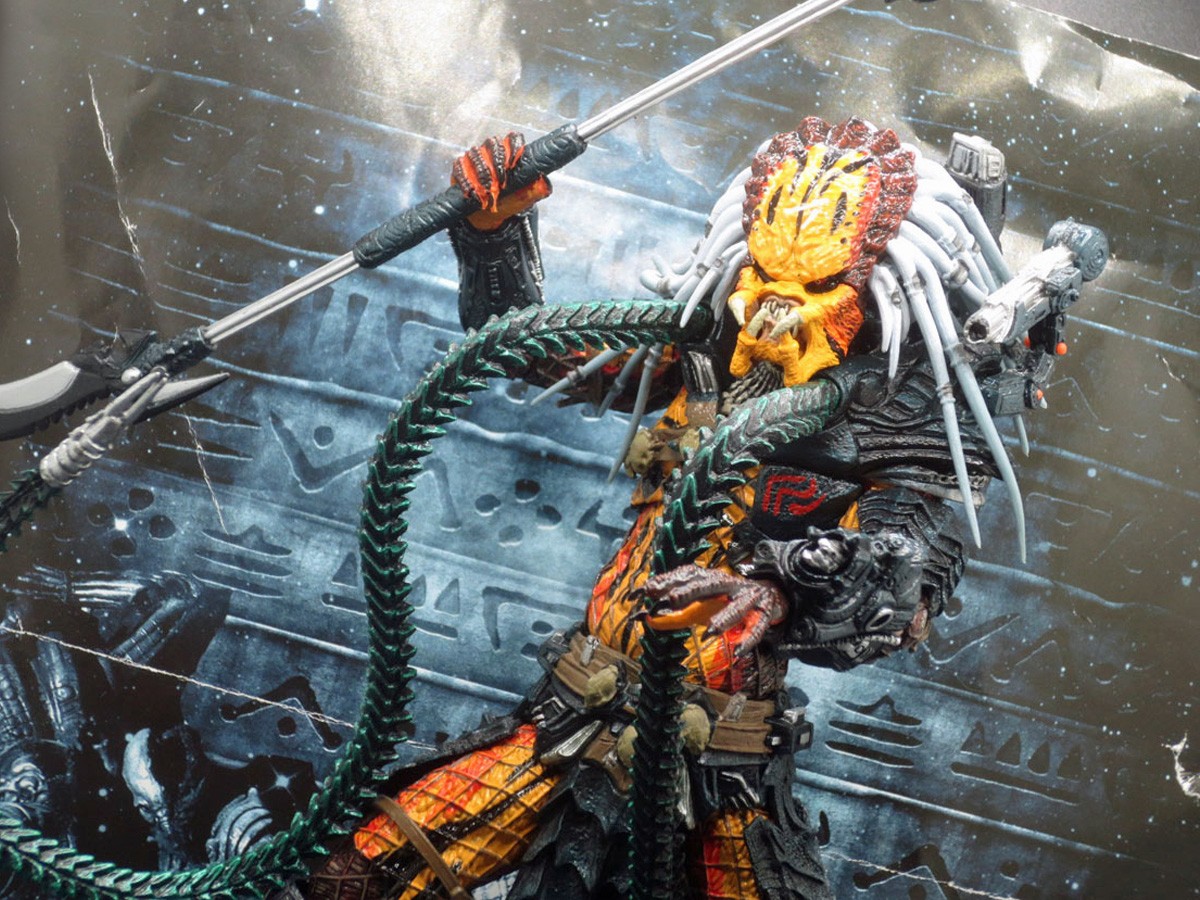 NECA’s figure takes several obvious cues from Kenner’s design.  He makes smart use of the new, larger AvP body, which not only features enhanced articulation, but also towers over most of NECA’s previous Predators.  On top of this base body, the Clan Leader sports an all new headsculpt, complete with a demonic, red-eyed removable mask, white dreadlocks, an all new staff, and a pair of bendable tendrils which attach to either his chest armor or the gauntlets on his arms.  This is the perfect callback to Kenner’s vintage toy; at the time, there was no way of knowing whether these tentacles were meant to be oversized dreadlocks or independent tentacles, but NECA managed to split the difference.

The color work on the Clan Leader is excellent.  From the weathering and washes on his weapons to the unique dark grey armor and bright orange skin, every aspect of this color pallet finds the balance between fealty to Kenner’s original design, and something practical enough to exist in NECA’s modern toy collection.

At this point, NECA is getting incredibly close to completing Kenner’s vintage Predator Collection.  We already know Kenner’s canceled prototypes are still on the table, but even so, there’s not much more than two series’ worth of Kenner Predators left to tackle at this point.  Where will NECA go next?  There’s a strong hint at Kenner-inspired Terminator or RoboCop figures in one of the new Kenner Predator bios.. so maybe one of those properties is next?  I’ll say this– if the rest of the Kenner collection is crafted with the same passion and attention to detail as the Clan Leader, this sub-set may go down in history as one of the best toy lines of all time. 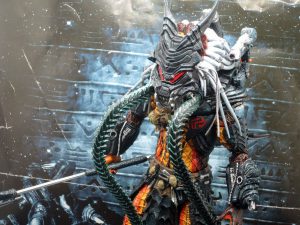 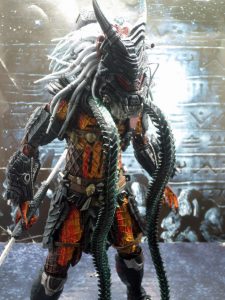 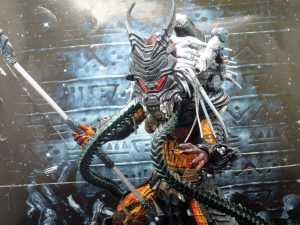 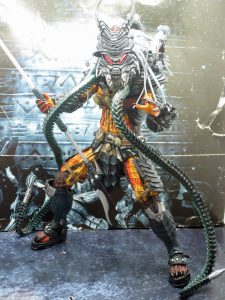 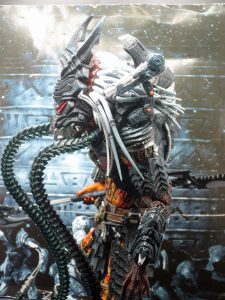 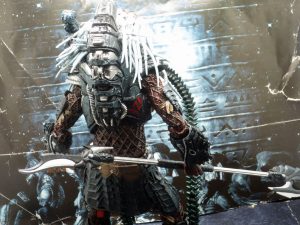 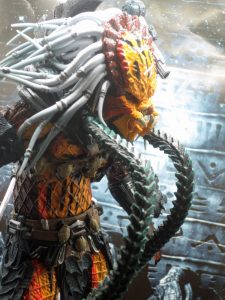 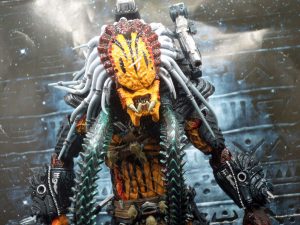 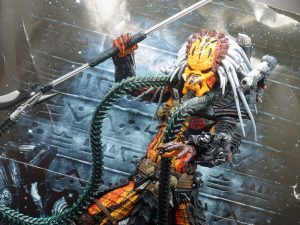 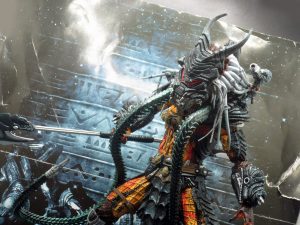 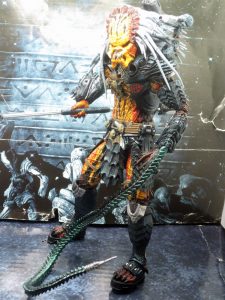 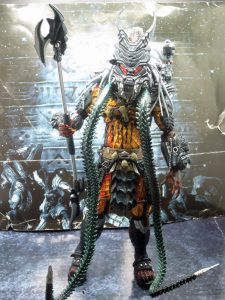 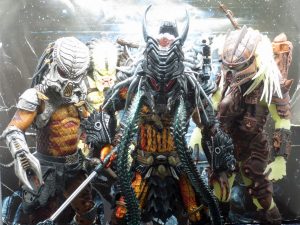 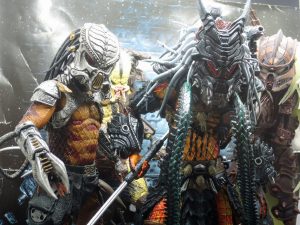 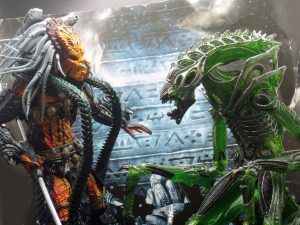 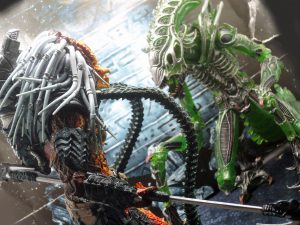 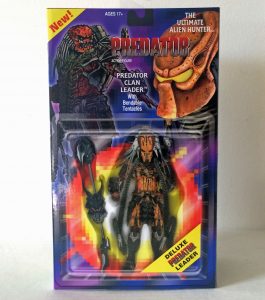 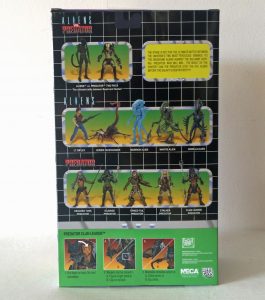 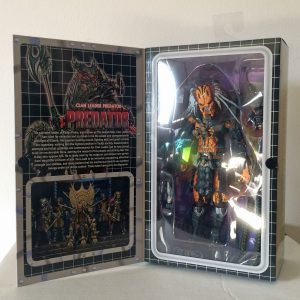