Get a Preview of the Amazing Heroes Handbook! 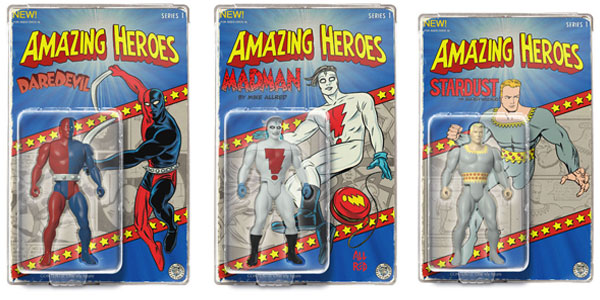 Get a first look at the Amazing Heroes Handbook from Fresh Monkey Fiction’s new Kickstarter campaign!

Time is winding down on the Amazing Heroes Series 1.5 Kickstarter from Fresh Monkey Fiction, and in these final hours, they’re pulling out all the stops to get over that last (at the time of this writing) $700 they need to get funded.

If you haven’t yet backed this exciting series, which will see very cool, Secret Wars-esque retro figures based on classic Golden Age heroes and villains, as well as Captain Action and Mike Allred’s Madman, you should contribute now, while there is still time.

THEN, you should check out a new preview of the Amazing Heroes handbook, the digital book included with most Amazing Heroes Kickstarter incentives.  This book promises to offer a lot of detail on the often-overshadowed Golden Age comics (the cornerstone of everything that has come since in the world of comics, toys and movies), packed with vintage Golden Age stories as well as all new artwork from heavy hitters of the comics world like Mike Allred, Erik Larsen, Phil Hester and more.

You can check out a few pages of the handbook below, as well as a mockup of the artist edition packaging we will see for the Amazing Heroes 1.5 collection… but only if we make it to $15,000.  Fresh Monkey Fiction has already unlocked the Stretch Goal Madman figure, and revealed a new headsculpt that will be used for Captain Action, Champion of Mars and Silver Streak: 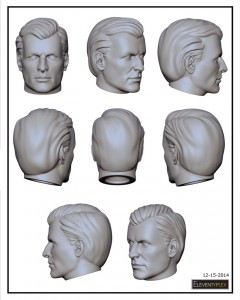 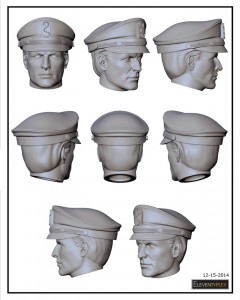 Fingers crossed, they can hit their funding goal and we will see these awesome toys come to life next summer.  Here’s more from Fresh Monkey Fiction:

With only a few days to go, the Amazing Heroes Wave 1.5 Kickstarter campaign has released a preview of the upcoming digital Amazing Heroes Handbook, written by comic book historian Christopher Irving (Leaping Tall Buildings: The Origins of American Comic Books, with photographer Seth Kushner) and featuring vintage comic book stories courtesy of the Digital Comics Library. The cover is by artist Mitch Ballard and designs is by David Go with Peter Go.

“The Handbook was a blast to write,” Irving says. “Black Terror and the Golden Age Dare-Devil are two of my first favorite Golden Age characters. To get the chance to write about them with Stardust, Captain Action, Silver Streak, and the Green Turtle was a dream come true. Now I’m just waiting to have the figures in hand next summer.”

“I have a tremendous amount of respect and admiration for these talented artists,” Bill Murphy of Fresh Monkey Fiction says. “It’s really been a dream come true to work with these guys, and I still can’t believe how lucky we are to have them contributing to Amazing Heroes.”

Allred will draw both Madman and Dare-Devil, Erik Larsen on Stardust the Super-Wizard, Reilly Brown on Champion of Mars, Tim Seeley on Silver Streak, Tom Fowler on Black Terror, Sonny Liew on Green Turtle, and Phil Hester on Captain Action. If funded, the card backs will feature original four-panel strips drawn by each artist.

The Amazing Heroes Wave 1.5 Kickstarter is set to end at 3 AM Eastern time on Sunday, December 21.  CLICK HERE to make your contribution now! 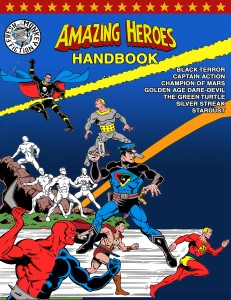 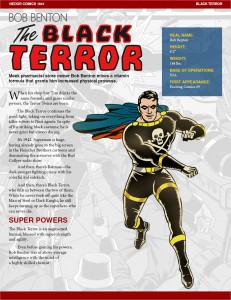 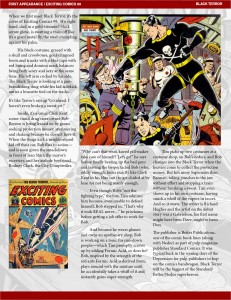 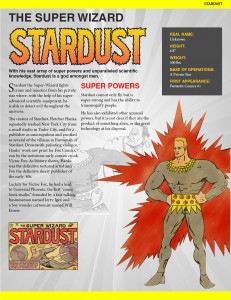 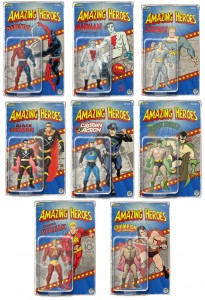