A Preview of the Awesome GI Joe Inspired ‘Community’ Episode 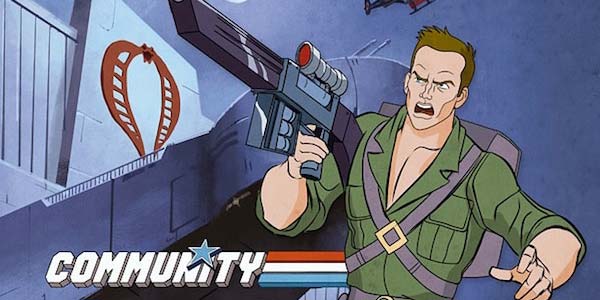 Community‘s next gimmick episode bring the Greendale crew to the realm of the Real American Hero.

Community loves their gimmick episodes, and a lot of us do too.  If I have a casual conversation about the show with fellow fans (which I do as often as possible), it’s never long before the stop motion, or the paintball, or any of the other spoof/ tribute/ riff episodes come into the conversation.

Dam Harmon and his creative team tend to “get” what makes those beloved properties work, and they do a great job of applying the same rules to the story being told with their own characters.  They’re been among the best episodes from Community‘s diverse, strange and ambitious run.

Thing look promising in regards to the next episode, “GI Jeff,” which will feature animation in the classic GI Joe/ DIC style, with our cast of students and teachers each getting their own code name and Joe-style uniform (which you can see below).  They really nailed the old school animated style, and the code names are great– Jeff plays “Wingman,” Annie is “Tight Ship,” Brtiia is “Buzzkill,” and Shirley plays “Three Kids” (of course).

As a die hard Community AND GI Joe fan, I’m obviously totally excited to catch this episode.  How about you?

We’ll have our chance April 3rd at 8pm on NBC. 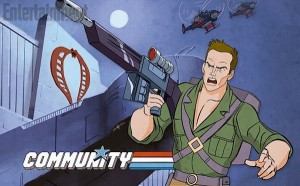 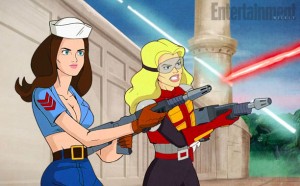 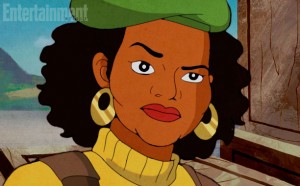