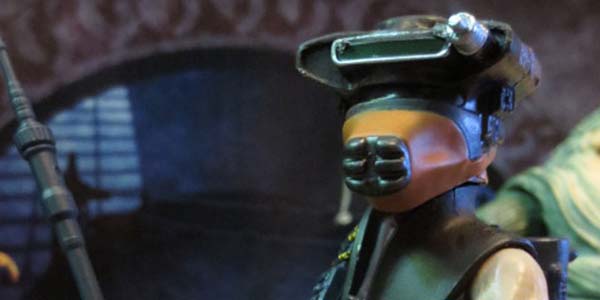 Here’s a thing not to do: if your fantasy universe– and its corresponding toy line– is weirdly lacking in female characters, your first female toy probably shouldn’t be your one lady in her most sexualized costume.  Maybe hindsight is 20/20, but I’m hoping Hasbro learned the right lesson from the still-pegwarming Slave Girl Princess Leia, the first female figure in the Black Series.

One thing I will say, the new Leia figure, featuring the Princess in her Boushh disguise from the rescue of Han Solo at Jabba’s palace, is a way better figure.  More poseable, better sculpted, with a different sense of scale, this Leia figure is totally action-ready in ways that the old figure– by design– was not.  The scale thing might be of contention for some (we’ll get to that later) but there is so much good going on with the rest of this figure, that even having her stand nearly a full head over her previous variant seems like a minor quibble.

The sculpt of the Leia in Boushh disguise is all new , and filled with details straight from the movie costume.  This strangely petite creature had an instantly distinct look that ranked up there with the most iconic Star Wars bounty hunters before I ever discovered who was hiding underneath the helmet, and Boushh makes for a very cool new figure.  With the soft goods cape, removable backpack and an armor plated costume, Boushh’s figure is very reminiscent of Boba Fett, and the quality, paint work and sculpted detail is all on par with that great figure.

The helmet comes off and on with ease, and it maintains a great sense of scale with Leia’s body and head, neither too big nor too small.  The lip of the helmet does run fairly flush with the figure’s face, so I’d advise a little caution taking it on and off, to avoid scuffing the paint work on Leia’s face, but otherwise the helmet stays in place securely and can move with the head for a full range of motion.

In addition to the helmet, Leia also includes Boushh’s long rifle, as well as the notorious thermal detonator she uses as leverage against Jabba.  The grenade can fit into her hand, or plug onto her belt for storage, with is a great little detail to add to the figure.  Beneath her disguise, Leia’s all new portrait is quite good, with a strong likeness to Carrie Fisher, and her stern, determined expression is full of character.

Whereas the previous Leia featured skin-toned plastic, the new figure’s head is fully painted, which offers a good matte finish, but also allows for some color work to be applied too heavily.  Leia’s eyeliner ends abruptly halfway across her lower eyelid, instead of a gradual taper which would be less jarring.  And the blush in the Princess’ cheeks is VERY red, which works in as much as it was likely hot with the Boushh helmet on, but out of that context winds up appearing over the top.

The too-heavy face paint work is my only complaint with this figure.  There have been others who have commented on the new Leia’s height, and yes, she certainly is taller than the previous figure.  The Slave outfit Leia is probably closer to Carrie Fisher’s height in this scale, but I’m okay with adding a few extra centimeters for the new Leia.  She’s still shorter than both Han and Luke, but it’s a closer discrepancy.  And call me height-biased, but I think the extra size on this Leia figure helps accent her agency, as a much more dynamic and exciting figure of the hero than the previous version.  Maybe she’s a tad bit too big, but only us nerds are going to dwell on that.  What really matters is this is a good looking, movie accurate version of Leia that is much more likely to attract girls as well as collectors.

Things are crawling their way slowly toward progress, but there’s still an absurd gap in gender representation in the toy aisles.  And the Slave Leia proved that sometimes positive representation needs to expand beyond just gender selection.  Leia in Boushh disguise is a badass toy, one that would be totally fun to play with for any gender, at any age.  This is the sort of female action figure we need more of in the toy aisles. 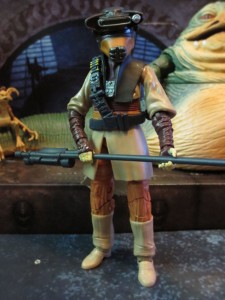 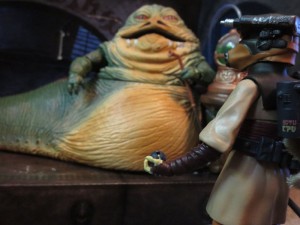 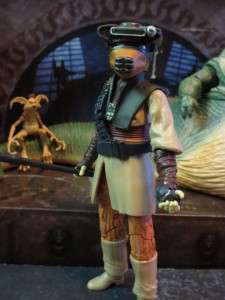 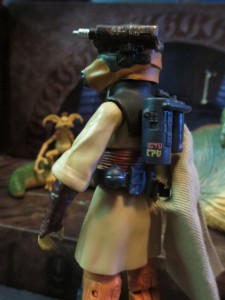 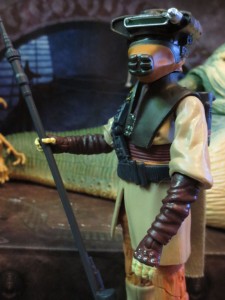 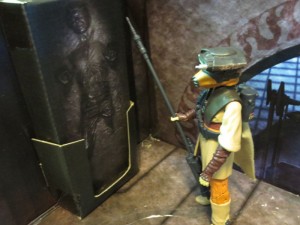 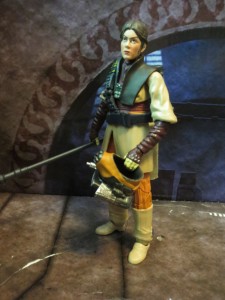 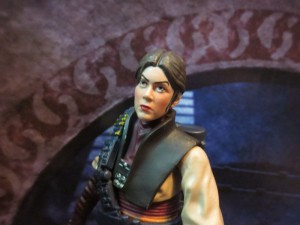 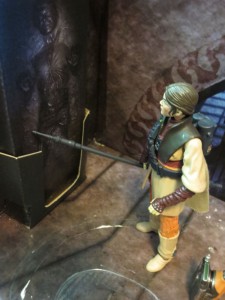 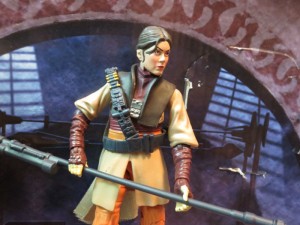 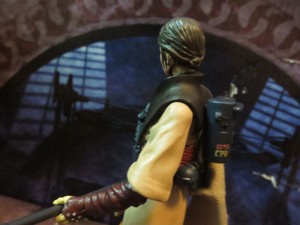 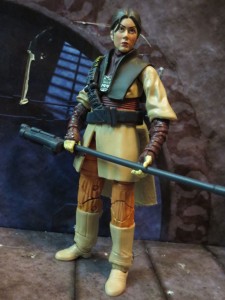 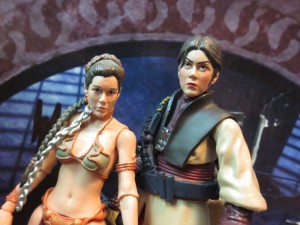 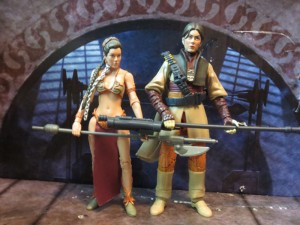 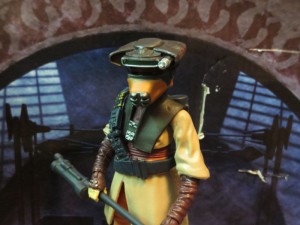