Procrustus Stands Tall Among Masters Of The Universe 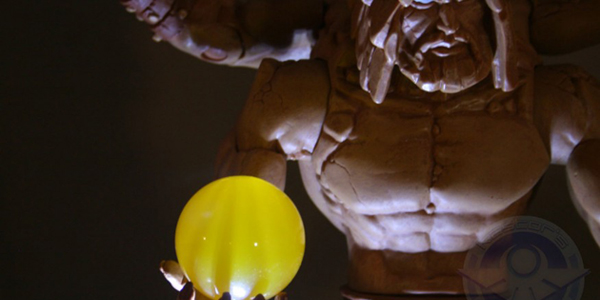 Rounding out the year, December gave us a mighty magic force of Eternia… Procrustus is the third giant introduced in the Masters of the Universe Classics line, and he does not disappoint.

Procrustus is an impressive rock giant, towering over the other Masters of the Universe.  He does share a few pieces from Tytus and Megator, but features many amazing new parts with a great craggily stone detail.  Adding to his impressive stature are his two extra arms, which feature a welcomed new bicep cut for a much greater range of motion.

Unfortunately, Procrustus has the same limitations as his giant predecessors– there’s still no ball shoulders to be seen, and his hands are gripped as if he should be using weapons he doesn’t have– but there is enough added to him to make him worth the purchase.  Even with his unfortunate drawbacks, some awesome poses can be created, as limited as they may be. 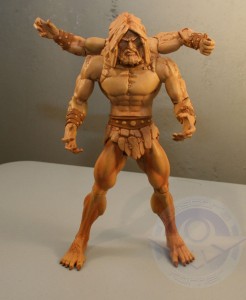 Keeping the two hemispheres in balance is hard work,  but not when one has the power of the Star Seed– the magical gem of power introduced in the Filmation series.  The powerful star seed is this figure’s one accessory, but it’s a good one, and Procrustus’ right hand can hold the sphere perfectly.  It’s great when these Filmation treasures sneak into the line, and the Star Seed is no exception. If only a He-Man “power-hungry” alternate head was also packed with Procrustus, we may have had a “toy of the year” candidate on our hands.

After seeing the towering Granamyr with all of his amazing articulation, my great lament is that the giants as a whole didn’t get a fair chance at excellence. They aren’t great figures, but rather good shelf decoration. If you are a diorama guy, Procrustus makes another fantastic addition, much like Tytus and Megator. Otherwise he’s still a unique new figure, and as far as I’m concerned, any strong mini-comic character selection with a Filmation artifact as an accessory definitely bolsters what is an otherwise lackluster addition. 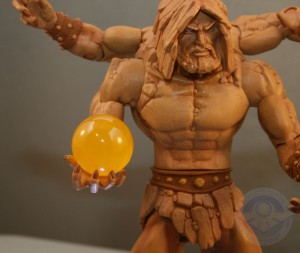 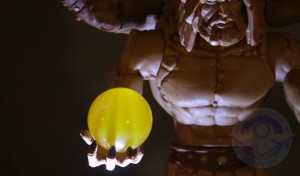 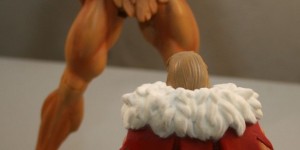 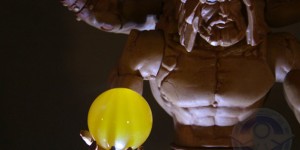