Is This The First Promo Art From Captain America: Civil War? 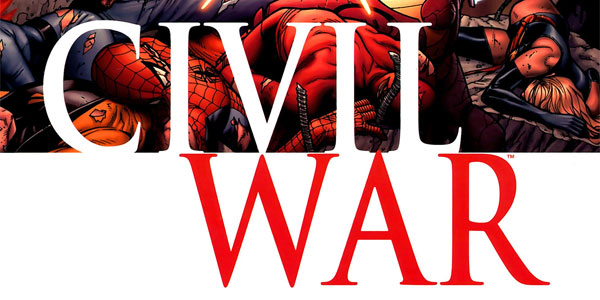 Two pieces of concept art have surfaced which may be from the third Captain America movie.

El Mayimbe from the often super-reliable Latino Review has shared two images on his Instagram feed which he claims are artwork from Marvel’s upcoming Captain America: Civil War. The first is a painting of Cap and Iron-Man about two seconds shy of a pretty dramatic collision… and the second shows off Tony Stark’s latest armor, Mark 46 (which is allegedly the movie universe’s version of the Bleeding Edge armor).

This looks legit to me, and I like it.  The blue and red color clash in the background of the fight painting helps to establish the conflict that will surely be the center of this story.  And I know Marvel has done a bunch of concept paintings like this for past movies (I have the Captain America: The First Avenger one hanging on my wall actually).  This picture looks like one of those… so much so that I wouldn’t be surprised to find out this is a giveaway poster intended for Comic Con this summer.

As for Tony’s new armor, I like it.  Mark 46 seems a little overtly toyetic, especially all the little glowing lights, but overall it’s a solid look.  I do find it funny that this suit is inspired by the armor Tony wore in the comics around the time Marvel launched their movie universe… and in the years since the comic armor has morphed to better match the movie look.  This armor feels like a convergence of both those paths, which is pretty neat in a meta way.

RT! #MARVEL #CIVILWAR #IRONMAN #promo #art I think the armor is up to Mark 46, what some of you are calling the “bleeding edge armor.” You guys tell me. Pretty hot pic right? #HH #Comingsoon