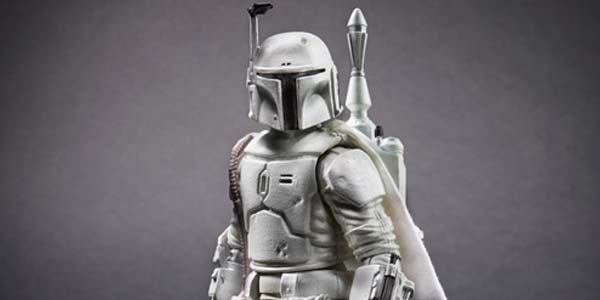 The all-white first test costume of the galaxy’s most notorious bounty hunter is hitting Walgreens this Fall.

Fun fact– when the Boba Fett costume was first designed, the prototype was solid white, lacking the grey, blue, green and red that would make it so iconic.  That monochromatic outfit was used to demo all the cool features of the Joe Johnson design, which you can see in the video below:

Fun fact number two– Hasbro is paying tribute to this ORIGINAL, original bounty hunter, with an all new, all white Boba Fett as part of Star Wars: the Black Series.  This variant will be a Walgreens exclusive, and is slated to hit stores in late August, in the same time frame as the Flash Thompson Venom figure revealed last week.

I think this is a totally neat concept, and the figure looks great.  The well rendered paint wash adds realism and breaks up the same-ness of the white costume, and it’s a smart variant to use as a store exclusive, keeping some of the more in-demand alternate versions like Boba’s holiday or Empire Strikes Back colorways for a more mainstream release.

Apparently, this figure will be available for preorder at Comic Con, along with Agent Venom, and should start hitting Walgreens stores this Fall. 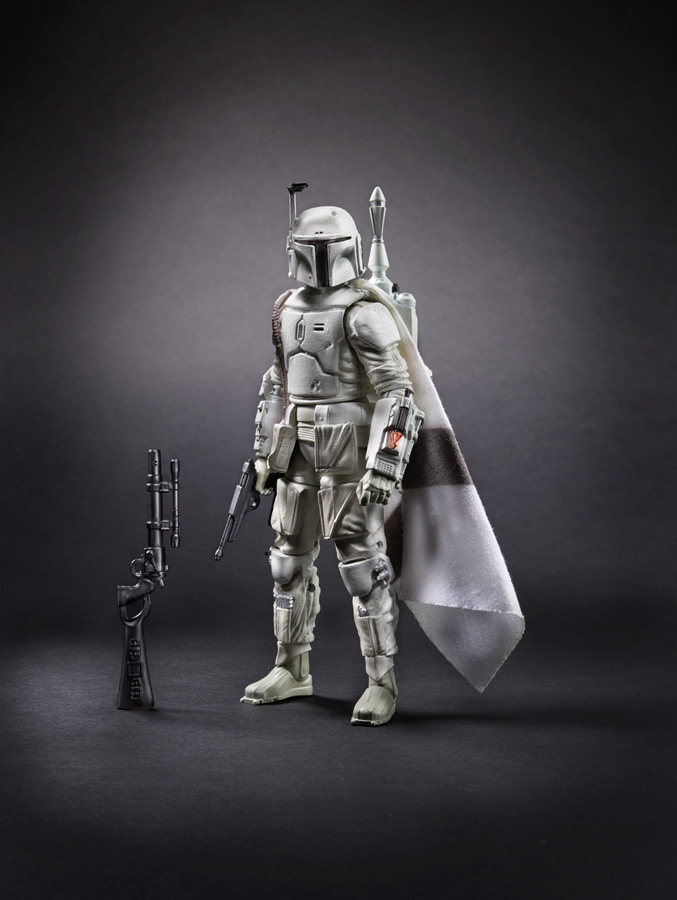