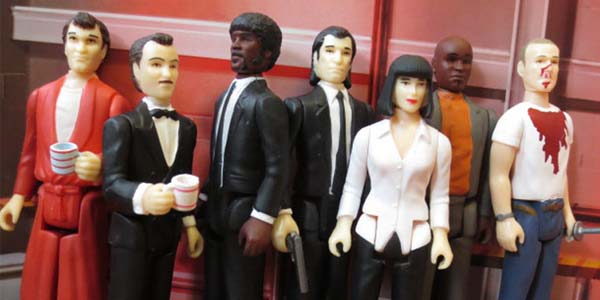 Last year we saw four characters from Quentin Tarantino’s Pulp Fiction released in Funko’s ReAction collection.  Now, the other half of the set has been released, bringing Butch Coolidge, Marsellus Wallace, The Wolf and The Gimp to Kenner style reality.  The first series of Pulp Fiction guys were pretty solid, so I had to keep going and add these latest figures to the roster.

I’ll admit it– I couldn’t bring myself to include The Gimp in my purchase.  As funny as the notion was, of buying a guy in head to toe bondage gear, in 80s action figure style… common sense prevailed as I questioned “what the hell am I ever going to do with this guy?”  Thankfully, I was able to dodge this logic bullet in regards to the other three new figures.

Like the first wave, and many other ReAction figures, there is a roughness to the Pulp Fiction toys that will absolutely be off-putting for some.  I like the Kenner/ 80s aesthetic, and think a retro-minded property like Pulp Fiction is the perfect candidate for this approach.  While some of Super7 and Funko’s design choices here bug me– especially the too-flat torsos that plague virtually all the ReAction figures– there’s a nice amount of detail here, which does a good job of mimicking the Kenner style.

I love that the likenesses are as strong as they are.  Ving Rhames and Harvey Keitel certainly shined through in their prototype forms, but Butch actually features a mush better Bruce Willis portrait than I had predicted.  Yes, it’s nowhere near photoreal, but the simple, cartoonish nature is still quite recognizable. 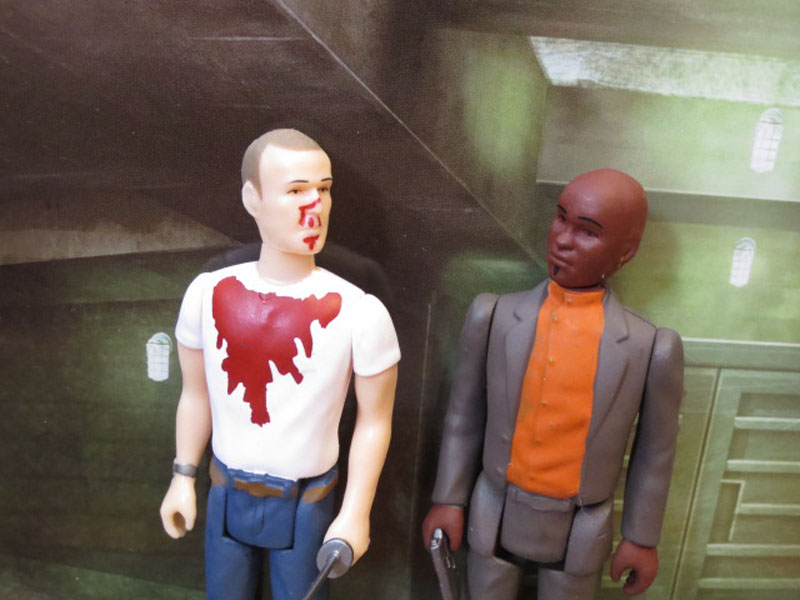 Butch is the simplest sculpt, as he should be, thanks to his white t-shirt and jeans.  I’m happy, though, that his ReAction figure was spruced up with the inclusion of the blood stains on his face and chest.  It breaks up the monotony of the figure’s look and fits nicely with his included sword.

Marsellus’ likeness is actually the softest of the three, but there’s plenty to dig with this guy.  I like that Funko gave the boss a new torso, complete with his uniquely collared shirt.  And of course, he’s got the Band Aid on the back of his neck, a great touch.

The Wolf is the best sculpted of the bunch, with an excellent Keitel portrait and a dynamic stance, just itching to hold his included coffee mug.  What is disappointing about this figure, though, is his height.  The Wolf doesn’t need to be the tallest guy in the room, but he looks distinctly shrimpy with pretty much everyone else in this line.  I’m not sure if this was intentional or a production issue, but it’s pretty noticeable.

We’re about a year in to Funko’s ReAction line, and at this point I think you can either decide to be in to what they’re doing or not.  I like these figures for what they are– a fun throwback that’s bringing some beloved properties to life in a unique way– but they’re certainly not gonna be for everyone.  The Pulp Fiction series is particularly well done, though, and if you DO happen to still be on the fence about the whole ReAction thing, they’d make a great case in favor of this toy line… especially for QT fans. 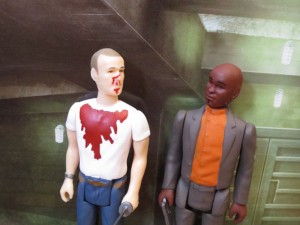 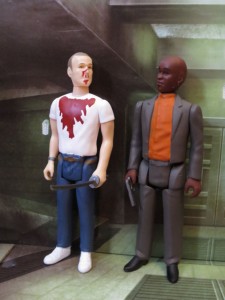 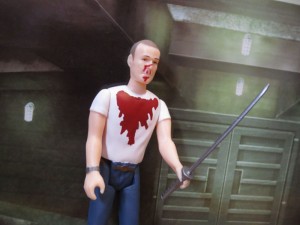 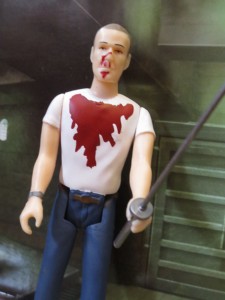 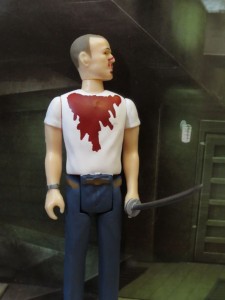 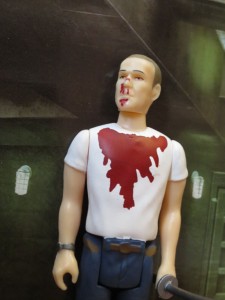 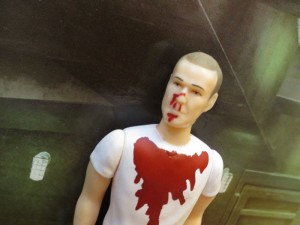 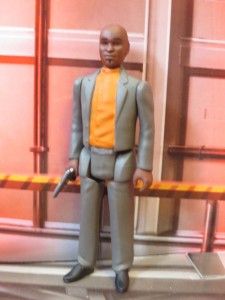 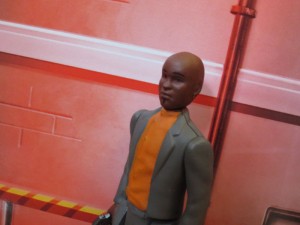 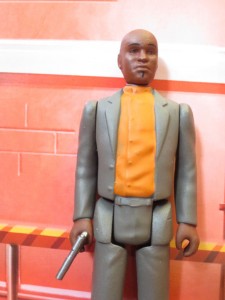 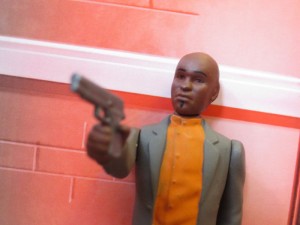 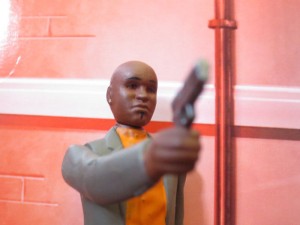 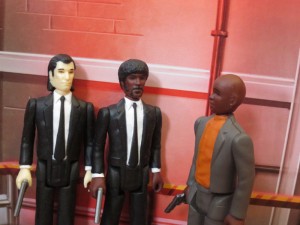 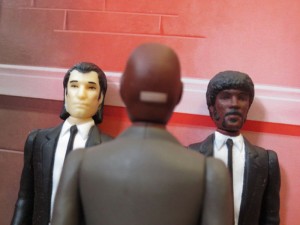 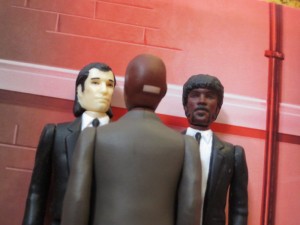 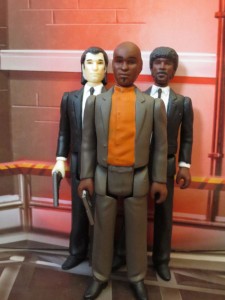 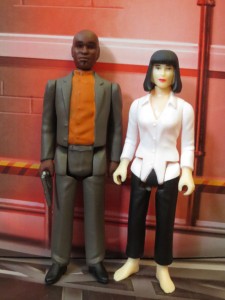 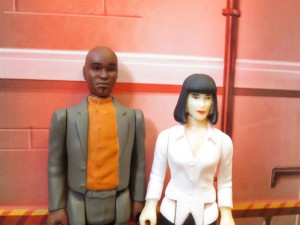 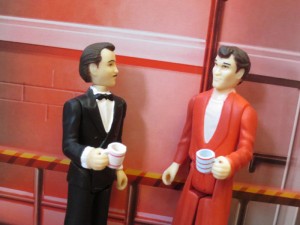 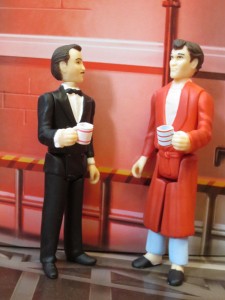 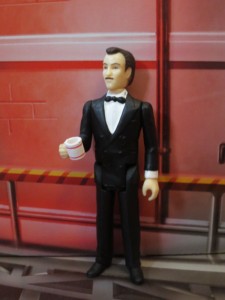 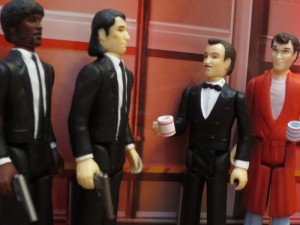 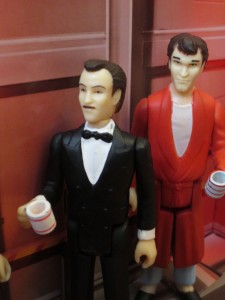 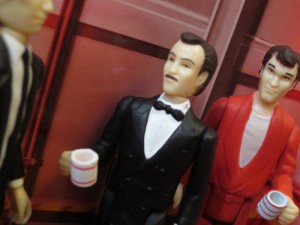 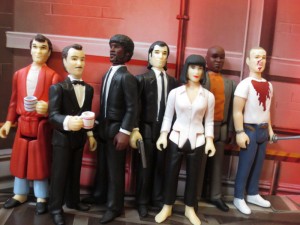