The Punisher Is Greenlit 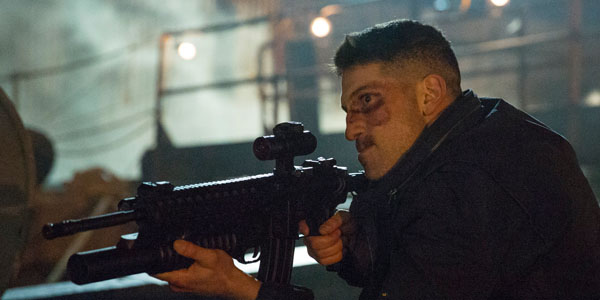 It looks like the Jon Bernthal is going to put on the skull once again for Netflix, but this time on his own.EW is reporting that Netflix has green lit the Punisher as the newest Marvel hero to get his own series. Steve Lightfoot, known for his work on Hannibal, will act as show runner for the series. Although Netflix has not sent out their release yet, it should be out later today with more details. The first art from the show is on their twitter account as well as a short teaser video.

The Punisher is back. Locked and loaded.https://t.co/nGKCa2taEV

Bernthal debuted as the Punisher in the most recent season of Daredevil. He stole the show as Frank Castle and although the fight with the Hand was amazing to watch, Castle’s origin story took center stage. He played the character perfectly, and is another example of how much Marvel gets it’s market. No word on the direction of the show or when it will premiere, but there are a few other series (Defenders, Luke Cage, and Iron Fist) in the works so this might be a little ways off.