A Near Purrrfect Villain for the Dynamic Duo 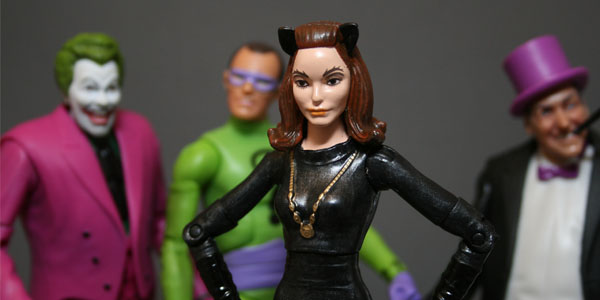 Catwoman steals some hearts in the Batman 66 line from Mattel.

Julie Newmar has been regarded by some as the most iconic Catwoman in history. Michelle Pfeiffer and Anne Hathaway did a good job as the feline themed villain, but Newmar was the first.

The figure has a lot of original tooling like the rest of the line, but her thinner limbs are more likely to become warped in the packaging. The sculpt is dead on for Newmar in her skin tight outfit from the show. The face sculpt is slightly cartoony, but captures the look of the actress. In many female figures the hair can be a problem, usually obstructing the articulation of the neck, but in this case it is well sculpted and out of the way. She has a good deal of articulation points throughout the figure, except for her wrists. The hands are stuck in a permanent 90 degrees angle, limiting posing for the figure. If she had come with a cat statue, it would make more sense, as the hands look like they were made to hold something. 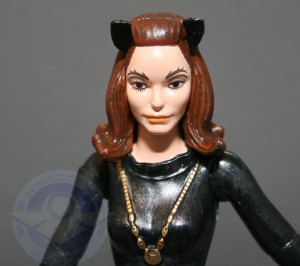 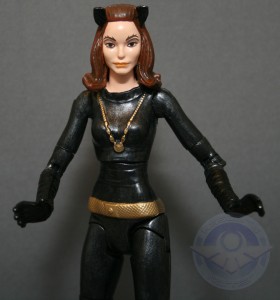 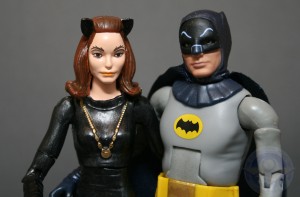 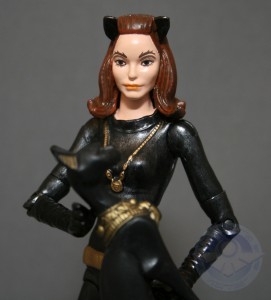 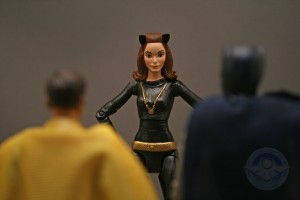 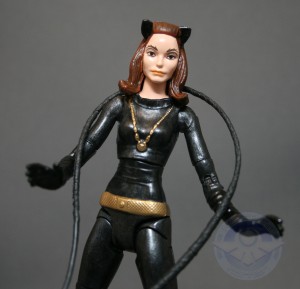 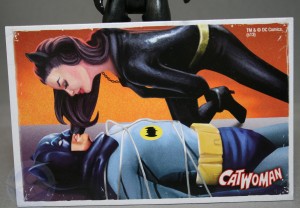 The figure has a good paint apps, unlike some of the others in the line. She has a pearl wash over the black plastic giving the figure a little more depth. The figure comes with her own figure stand and puzzle card. Overall Mattel has done a great job with this line. Though there have some scale and paint issues, the line is fun to collect. If you looking to grab Catwoman or any of the other figures head over to Mike’s Comics-N-Stuff for all your Batman 66 needs.