Q-Fig Hulk Is Ready To Smash 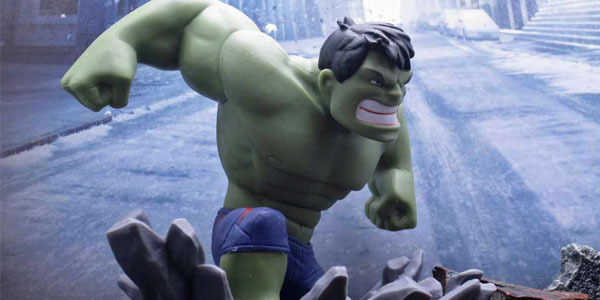 The latest Marvel Q-Fig from Quantum Mechanix is the best part of May’s POWER-themed Loot Crate.

Quantum Mechanix’s Q-Fig collection is a great series, featuring comic book and pop culture characters in a fun, stylized chibi design that perfectly bridges the gap between adorable, a little silly, yet totally character-appropriate. Their latest figure, The Hulk, was released as part of this month’s Loot Crate (you can sign up for Loot Crate HERE), and he’s definitely one of the highlights of the box.

Hulk is the first Q-Fig based off the Marvel Cinematic Universe, depicting the jade giant in the blue and red Avengers-branded trunks he wore in Age of Ultron, and true to form, he’s captured in mid-rampage on a smashed city street base. There’s a great sense of motion in this sculpt, suggesting Hulk has just landed as he gets ready to wreak more uncontrollable havoc, and his scowling face is packed with personality.

The figure measures just over 3″ tall, and the sleek, simplified aesthetic gives Hulk a very animated feel, like a miniature maquette. QMx once again makes the smart choice to paint this figure in eye-catching, primary colors with a matte finish, which enhances the cartoon-like design. The Q-Fig line has been expanding a lot this year, with new releases in the DC, Star Trek, and Marvel collections. I’m hoping Hulk is the first step in an ongoing assortment of movie-inspired Avengers figures, because I’m completely confident QMx could craft a whole team worth assembling.

Hulk is a Loot Crate exclusive, but you can see more of QMx’s Q-Fig collection– and more of their awesome products– at their website. 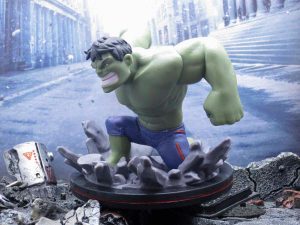 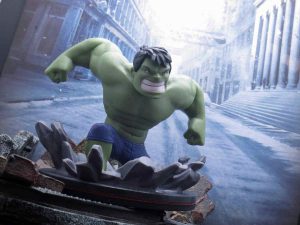 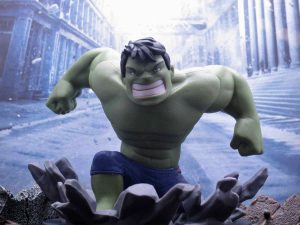 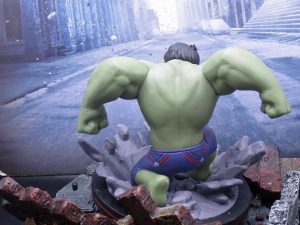 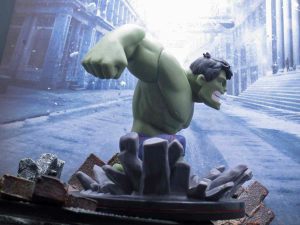 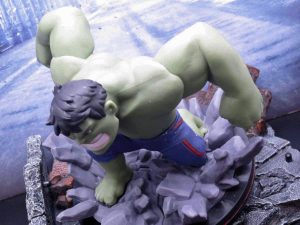 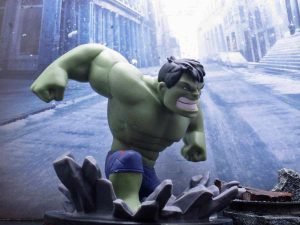 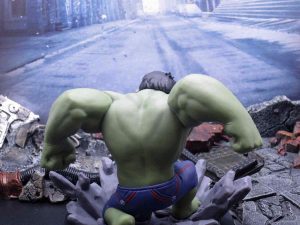 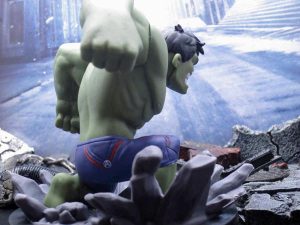 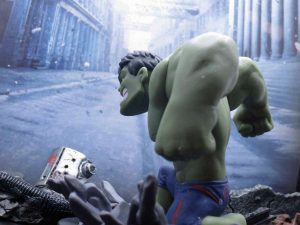 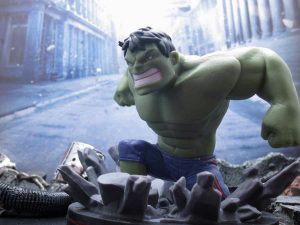 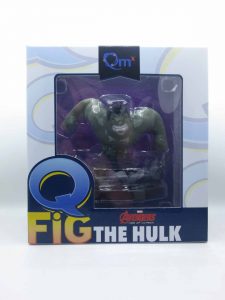 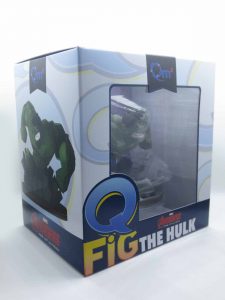 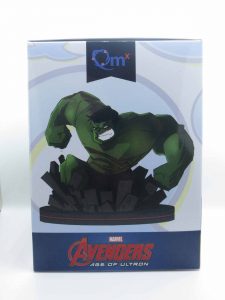 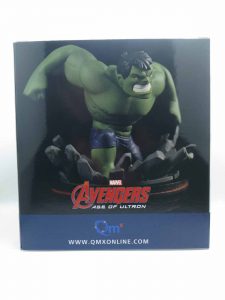