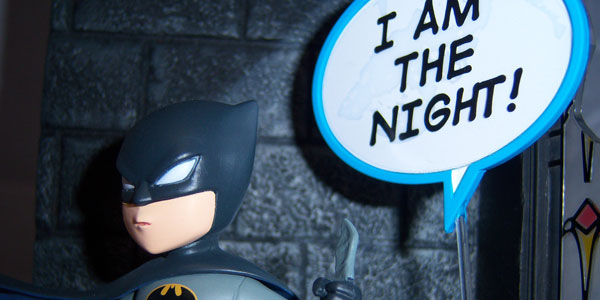 When I saw this Batman Q-Pop I had to have it!

Quantum Mechanix INC. is a Los Angeles-based creative studio and developer of screen-accurate replicas, collectibles, apparel, artwork, and digital apps and games inspired by entertainment’s most beloved shows and movies.They focus on serving dedicated fans to the industry’s most prestigious production companies and studios – with the most detailed, accurate, beautifully finished products possible.

Quantum Mechanix released a small selection of PVC statues of a few DC Comics characters. So far they have released Batman, Superman, and Catwoman, and all three are made from the designs from the animated series. The first thought I had when I saw this Batman was it looks like the kid version from the Justice League episode and was designed by Mohammad “Hawk” Haque for this release.

Batman is perched on top of a gargoyle with cape blowing in the wind and even as a pint sized crime fighter has the right attitude sculpted on him. There is a pack-in word balloon that says, “I AM THE NIGHT!” and right there I was sold. The hidden gem is that word balloon is actually a very tiny dry erase board and there is a special Q-Pop marker that you can use to write your own sayings. I did not do this because, well, 1) My handwriting is horrible and  2) The saying that they have on there already is EPIC!

These retail at the low price of $19.95 and can be ordered via your local comic shop or secondary market of your choice. You can also checkout Quantum Mechanix webpage as well. JQ gives this little PVC 8.8/10 of awesomeness! 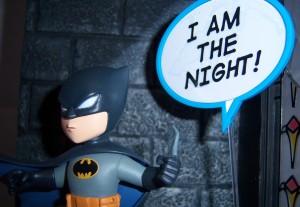 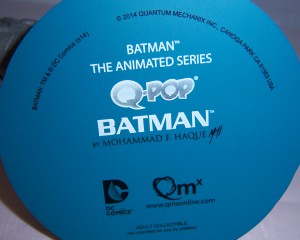 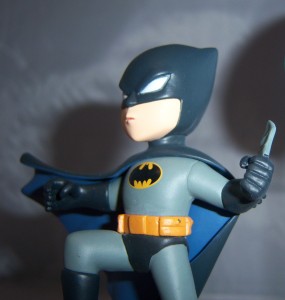 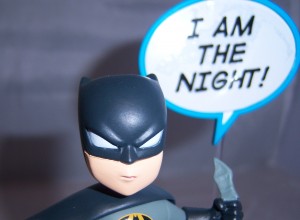 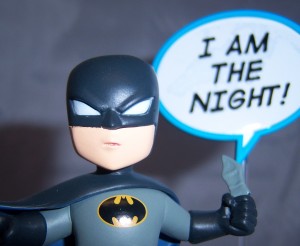 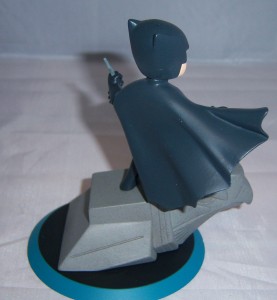 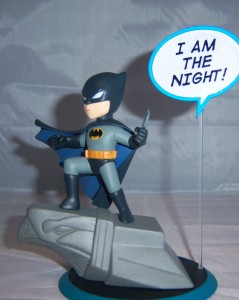 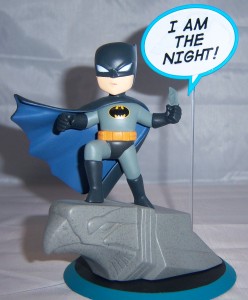 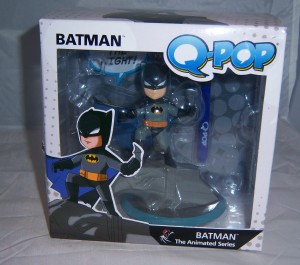