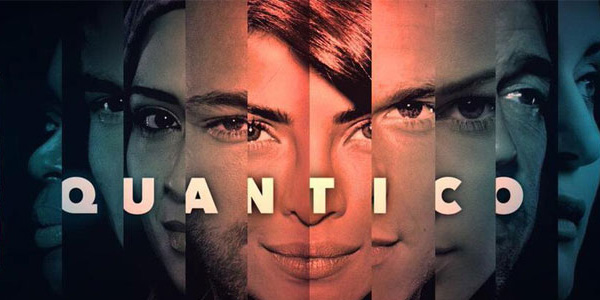 “Quantico” follows a diverse group of recruits that arrives at the FBI Quantico Base for training starring actress Priyanka Chopra as a recruit named Alex Parrish. The FBI Academy thoroughly vets the best and brightest recruits, but could one of them be responsible for the largest attack on New York City since the attack on 9/11?!?

Watch the first 8 minutes of Quantico and I promise you’ll tune in every Sunday night at 10/9c to ABC!!!

Remember that random guy you met on the plane? You know the one that you had sex with in his car outside in the parking lot after you landed? Yeah, the one who’s sitting behind you at Quantico FBI Academy Orientation…Oh, wow that’s awkward! Well, starring actress Priyanka Chopra’s character, Alex Parrish knows just how awkward it really is.

Let me explain…The clip gives us a taste of what’s to expect in this brand new drama, during a brief encounter involving two of the characters, when Parrish meets and has a fling with some random guy on the plane, and they lie to each other about who they are and where they are headed. But who else does this guy end up being than one of Alex’s classmates at Quantico named Ryan Booth played by Jake McLaughlin. I can already tell that this relationship is going to keep us viewers leaning halfway off of our couches each and every Sunday night.

The clip shows glimpses of several individuals who seem to be completely different, but of course we discover that they all have been making their way to the same final location, the FBI training academy, called Quantico, for orientation. Only the most elite recruits gain admittance to the FBI Academy and I just cannot wait to learn about all of the characters. How will the recruits interact with each other? And we cannot ignore that we do not know anything about how the characters play into the catastrophe that New York City has become. It is shown in chaos and destruction at the end of the 8 minute clip, and the only way to find out more is to tune in Sunday the 27th at 10/9c on ABC.