Quantum Mechanix Explodes Into the Marvel Q-Fig Collection With Deadpool 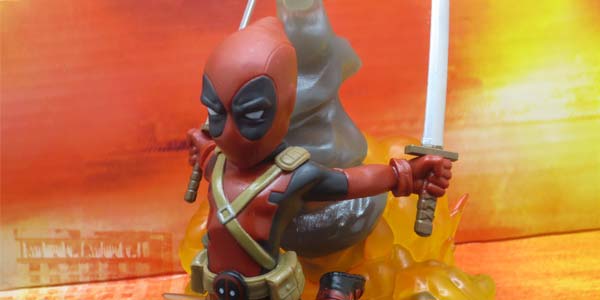 I love surprises, and one of the coolest I’ve encountered in a while was thanks to Quantum Mechanix.  They revealed their Marvel Q-Fig series at Toy Fair just last week, delivering the same fun super deform aesthetic that made their DC Q-Figs such a fun collection… and now their Deadpool has arrived as an exclusive addition to February’s Loot Crate!  I did NOT expect to find this cute, cartoony Merc With a Mouth laying in wait inside my Loot Crate… especially only a few days after seeing him make his debut at Toy Fair!

Deadpool’s Q-Fig statue stands about 4″ tall, as our mutant (sort of) hero leaps forth with swords in both hands, set against a base sculpted to look like a significant explosion along with a billowing plume of grey smoke.  The pose is a great fit for the assassin, and the SD proportions of the Q-Fig aesthetic seem tailor made for someone like Deadpool.

I love the sense of dynamic motion captured in this mini statue, and the smart use of varied degrees of opacity– from the clear orange flames to the cloudy grey smoke, to the solid reds and blacks of Deadpool himself– add to the depth and dimensionality of the overall piece.  It all comes together to form a really exciting and totally fun little collectible based on Wade Wilson’s super heroic alter ego.

Unfortunately, QMx was unable to bring the customizable word balloons included with their DC Q-Figs to the Marvel line, but with a figure as cool looking as this Deadpool, I can’t say I miss the word balloons… Well, maybe a little.

As of now, February’s Loot Crate is the only way we know the Deadpool Q-Fig will be released, though he will soon be joined in the series by The Hulk and Captain America, among others.  If it’s Wade you’re after, be on the lookout for the next time Loot Crate offers a sale on their past Crates, and keep an eye out for the Dead-themed Crate from February 2016.  This little guy makes for a totally fun and promising start to the second series of Q-Figs from Quantum Mechanix! 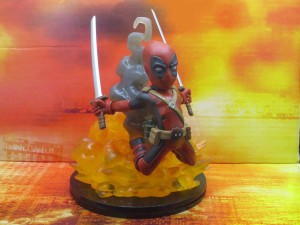 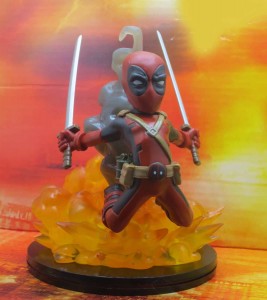 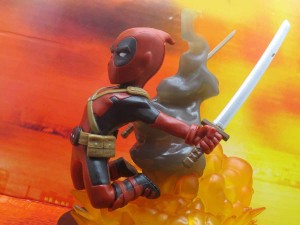 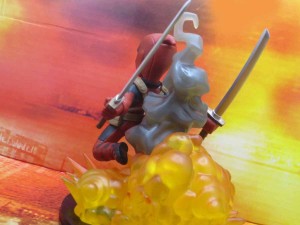 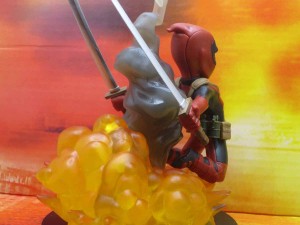 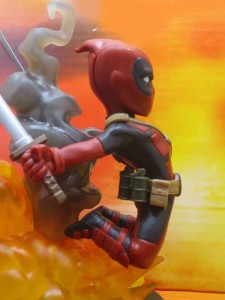 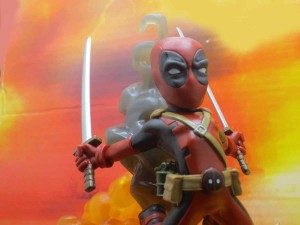 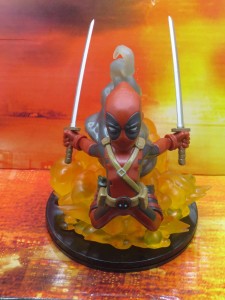 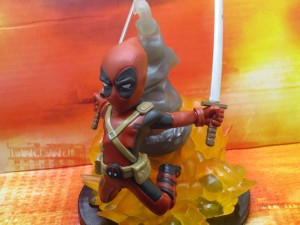 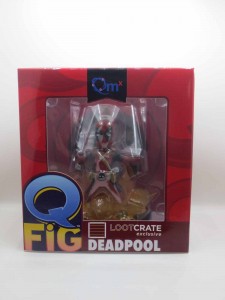 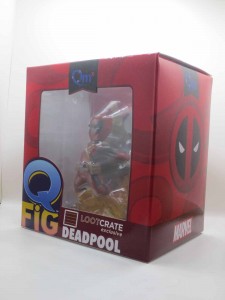 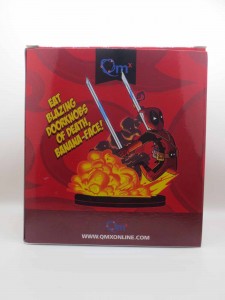