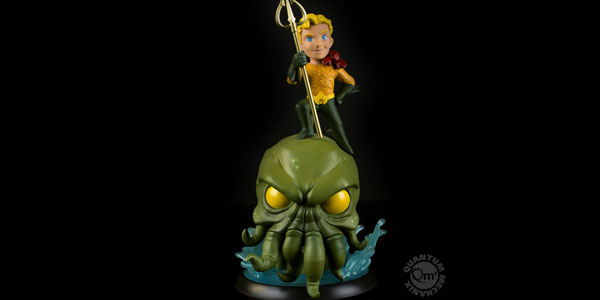 The first Q-Fig Max answers a question the internet has had for Aquaman for quite some time.

It’s a joke as old as the internet itself– when it comes to super heroes, Aquaman’s power to control creatures of the sea seems pretty lame.  But one meme pointed out it’s all based on semantics… as in, what actually qualifies as a sea creature.  Take, for example, Cthulhu, the ancient one…

This is why we don’t tease Aquaman.

Quantum Mechanix is giving a wink and a nod to this viral gag with their Comic-Con exclusive Aquaman and Cthulhu figure, the first “Max” deluxe class release in their popular Q-Fig collection.  I sort of love everything about this piece– it’s the kind of oddball team-up I never thought we’d see captured in plastic, and it plays with the charming silliness of QMx’s great chibi series perfectly.

This figure embodies the fun sort of nerdiness that helps make Comic-Con such a fun experience, and for the record, it makes Aquaman a legitimately badass addition to the Q-Fig collection.  Here’s more info on the exclusive, straight from QMx:

On a good day, Cthulhu, the fictional cosmic entity created by writer H.P. Lovecraft, has seemingly limitless contempt for humanity. But Aquaman has changed all that.

Using his telepathic ability to communicate with aquatic life, the King of the Seven Seas is partnering with this octopus-human-dragon hybrid. Sure, Cthulhu still looks a little cranky, but he and the ruler of Atlantis are now BFFs. In fact, they’re so close that the lobster on our hero’s shoulder is looking pretty steamed.

To all of Aquaman’s detractors, the duo says this: “Talking to fish is not a lame superpower!”

Aquaman & Cthulhu is the first in our line of Q-Fig Max Figures, which feature extra-large dioramas that make these figures about twice the size of standard Q-Fig when viewed in their entirety.

This exclusive item for Comic-Con International: San Diego 2016 is also available for purchase right here [QMxonline.com] during the convention. 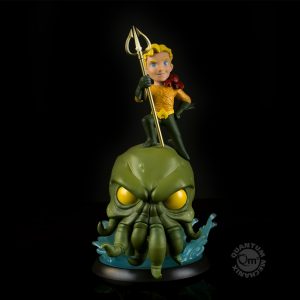 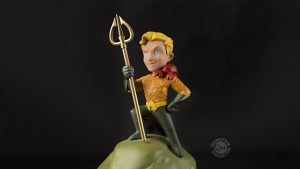 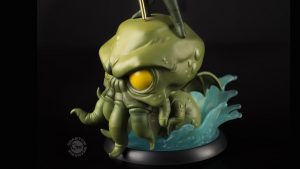