‘Queen & Country’ Coming To The Big Screen With Ellen Page 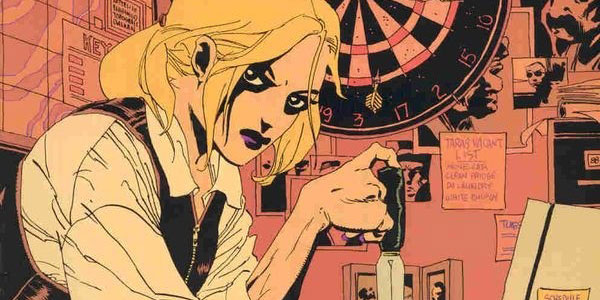 Greg Rucka’s incredible spy comic gets optioned for a movie, with a great actress who I can’t possibly imagine being right for the role.

Queen and Country is an outstanding comic book, a real world (-ish) spy drama focused on MI6 agent Tara Chace, a steadfast and brutally efficient operative who is conflicted by both the impossible missions she undertakes, as well as the ambiguous morality that behind missions.  Imagine, if you will, that 24 underwent surgery to remove all its cheese balls, then replaced Jack Bauer with one of the best written, best realized female heroes in modern comic books… this is pretty much that.

So I’m stoked that Queen and Country is getting a chance at the big screen, and should be equally stoked that amazing and talented actress Ellen Page is attached to bring Tara to life.  But that’s where I’m hesitant… because as great as the source material is, and as much as I love Page, she just seems wrong for Chace.

It goes beyond the fact that she isn’t British– Page has a youthful, pixie like quality that doesn’t mesh at all with the hardened, world weary MI6 operative. I’m not saying it’s bad casting… it’s just weird— so weird, I literally cannot picture it in any way that’s not more silly than cool.

Still, the book and Page are both so good on their own, that I’m really rooting for this one, and hoping the end result proves my first impression very wrong.  There’s a potential for this to become a franchise for Page, which would be amazing– there’s plenty of great Q&C stories to draw from, and it’s high time we had a female-fronted action/ genre series, dammit!

So I leave it there for now… confused but really, really hopeful for this movie… and trying very hard to forget the last time one of Rucka’s great books went Hollywood…