A Quick Look At Godzilla From The Upcoming Remake 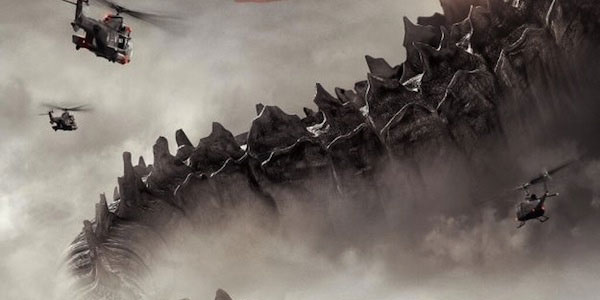 Hurry up and see Godzilla before Warner Bros makes him disappear.

There was an off-site feature at Comic Con called The Godzilla Experience, which was a sort of haunted house/ elevator ride that simulated being inside a building during a Godzilla attack.  The exhibit ends on what appears to be a disheveled floor of an office building, as it rains outside the windows.  Then, suddenly, Godzilla himself walks past the window, turns and looks inside… then roars, causing the whole room to shake.

It sounds really neat and, although the footage was allegedly filmed for this Comic Con special feature, it gave a look at the new movie design.  There was a strict no photos/ no filming policy posted, but somebody decided to take his chances and posted video of the Experience on YouTube.  I’m sure Warner legal will be pulling the YouTube video ASAP, so before they do, watch below and see the new Godzilla courtesy of The Godzilla Experience at Comic Con!