Rabbids Taking Over Toy Shelves in 2014 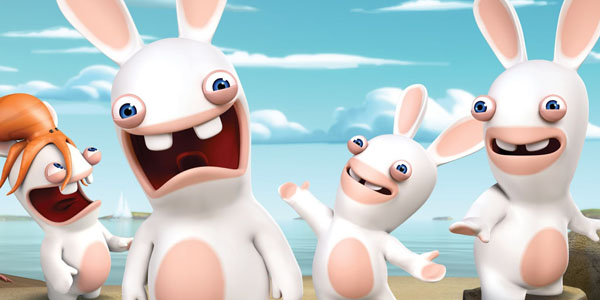 Following their Hit television debut on Nickelodeon. MacFarlane will be offering plush,and novelty toys based of the Rabbids Hit video game, and 26 episode season. Coming in spring of 2014 products will include figures,customizable figures,plush,collectible figures, and accessories in differents sizes and materials. Also included will be novelty toys with electronic lights and sound. Retail prices will range from 3.99 and up. 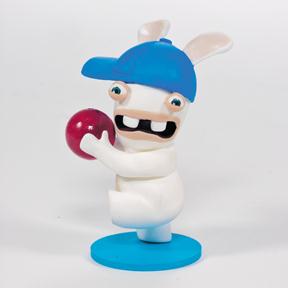 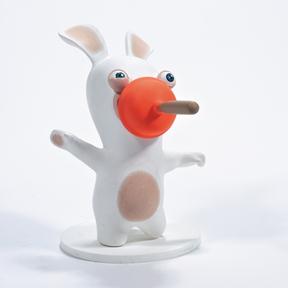 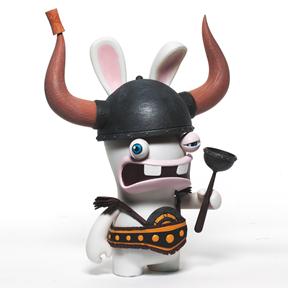 The game created in 2006 has enjoyed success around the world. Selling more than 14 million copies worldwide.

McFarlane Toys’ Founder and CEO Todd McFarlane is working directly with creative teams from Ubisoft’s studios to capture fan-favorite and key iconic moments from the Rabbids history in order to bring to life the storytelling that McFarlane Toys is best known for with its fans.

“As an artist, I’m always looking for creative inspiration and I’m a big fan of humor, especially the irreverent and unpredictable humor theme that runs throughout the Rabbids franchise,” said Todd McFarlane. “I have completely been immersed in the Rabbids universe and it has allowed my and my company’s, creative juices to run wild. We have been putting the full range of all my company’s talents toward creating some of the funniest and unique products McFarlane Toys has ever produced.”

“The Rabbids have invaded the world and wreaked havoc through absurd and hilarious storylines,” said Tony Key, senior vice president of marketing and sales, Ubisoft. “We know Todd will bring the crazy and unique personalities to life in the products for consumers to enjoy.”

This exciting new line of merchandise from McFarlane Toys will be geared toward the youth to young adult market, both male and female, and will hit North America stores nationwide spring 2014. McFarlane Toys, well-known for its enormously successful action figure collaborations with blockbuster entertainment and pop-culture properties, is developing one of its largest licensing programs ever around the Rabbids Invasion television show franchise.

As for the furry creatures themselves, they had one thing to say about the news: “Bwaaaah!”

2014 is shaping up to be a exciting year for toys.