Radagast Brings The Hobbit Toy Line Back To Its Roots 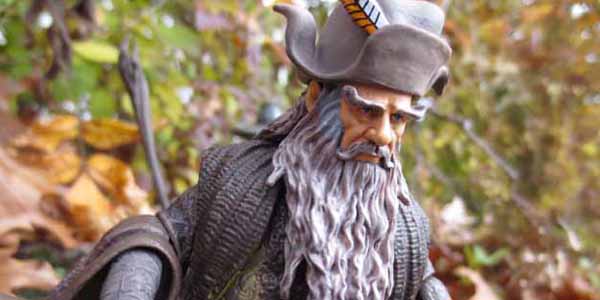 The Bridge Direct paints Middle Earth brown with the great new Radagast figure from The Hobbit: Desolation of Smaug collection.

In addition to the quite good Mirkwood Hero five-pack, The Bridge Direct has also released a new set of three 6″ action figures just in time for The Hobbit: Desolation of Smaug to hit theaters.  The new assortment includes a re-pack of Legolas from the first series, Azog the white orc, available at mass retail for the first time, and the all-new addition, Radagast, the Brown.  The woodsy wizard makes for a great addition to the overall Hobbit collection, with the same great detailing and overall quality we have come to expect from Bridge Direct’s series.

Like all the Hobbit figures, Radagast features an incredibly well-done sculpt.  On top of his excellent portrait of actor Sylvester McCoy, the wizard packs a lot of great texture and detail into his fairly diminutive sculpt.  From the ratty tangles of his long beard, to the worn, leathery robes he wears, Radagast looks like he just stepped off the big screen.  The disheveled nature of the character really comes through in his great details, such as his grossly mis-matched shoes, he uneven sleeves of his coat and the tangled bird’s nest sculpted into his hair.

Radagast features the same articulation pattern as the other Hobbit 6″ figures– a ball neck (limited, predictably, by his beard), ball shoulders and hips, injection mold elbows and knees, swivel wrists and waist and hinged ankles.  It’s more than enough articulation for the portly wizard, especially considering how many layers of robes he wears.

The Brown Wizard includes his staff– another great sculpt with its tangled gnarls of wood wrapping around t he blue gem at the top– and a removable hat, which fits very well on his head and provides a great silhouette… although its odd lack of sculpted detail makes it stand out on a figure otherwise so rich in texture.

Obviously, Radagast’s color scheme is largely earth tones, but the figure still manages to look quite dynamic, with a wide variety of browns, greens, greys and gold to remain visually interesting.  The rumpled patterns on his robes really come to life thanks to a nice dark wash that also adds to the wizard’s overall griminess, and even less detailed features like the hat get a great coat of paint to replicate a felt-like texture.

If you’re a fan of The Bridge Direct’s Hobbit collection, or the Toy Biz Lord of the Rings series, Radagast is a must-buy.  This is the first time this major Middle Earth player has been given the toy treatment, and he’s an overall awesome rendition.  Radagast is hitting Toys R Us now, packed two per case along with Legolas and Azog.  If this assortment sells well, we will see more Hobbit toys in the near future.  So support this fantastic toy line so we can see it continue for the third movie in 2014!  Head to your nearest Toys R Us or Click Here to order your Hobbit figures online. 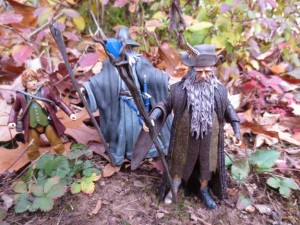 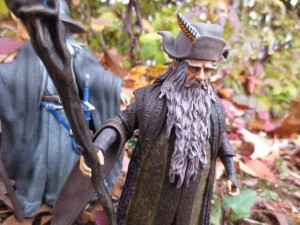 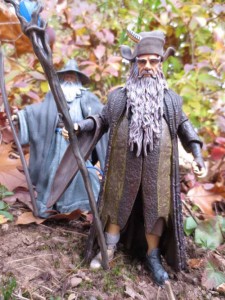 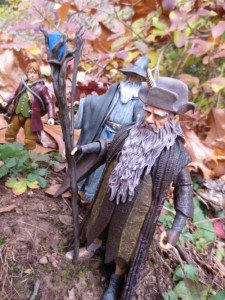 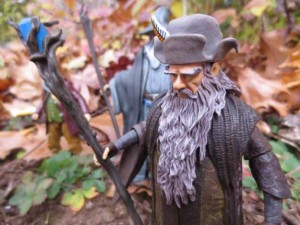 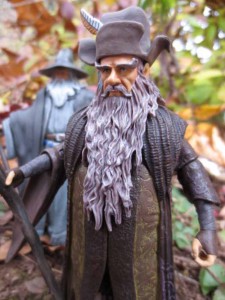 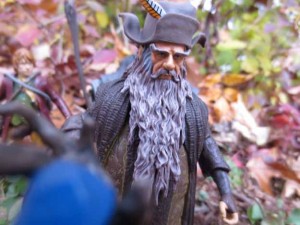 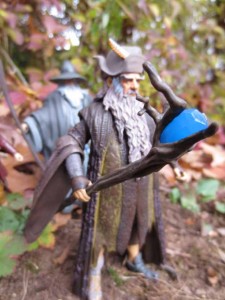 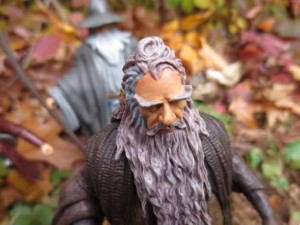 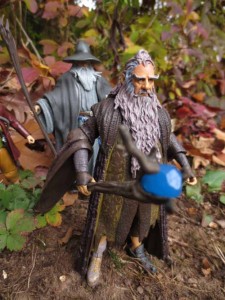 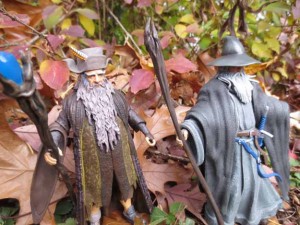 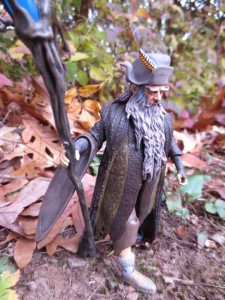 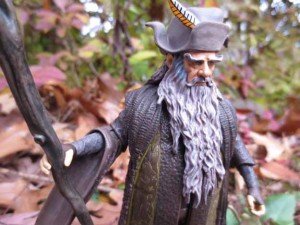 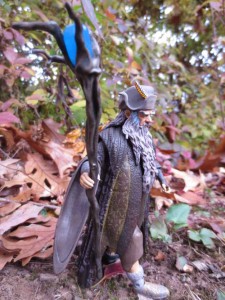 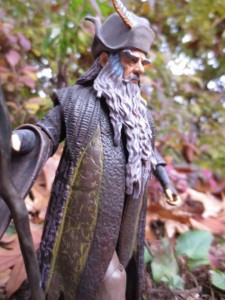 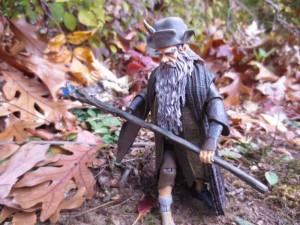 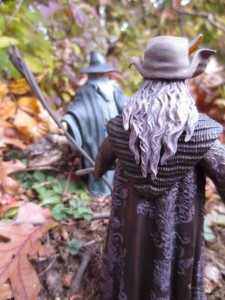 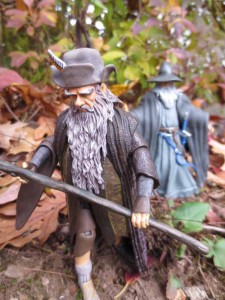 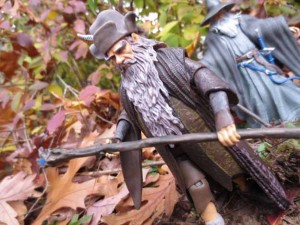 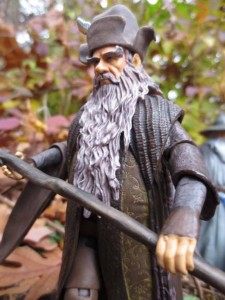 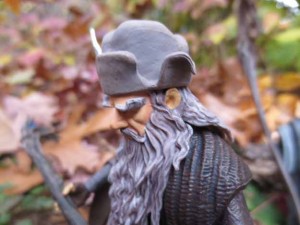 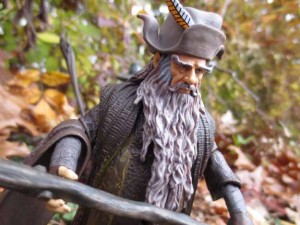 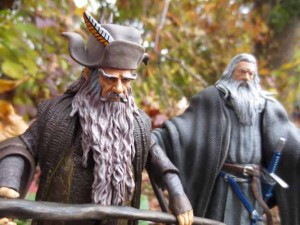 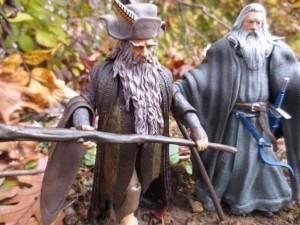