Rambo, a “Force of Freedom” at Comic Con 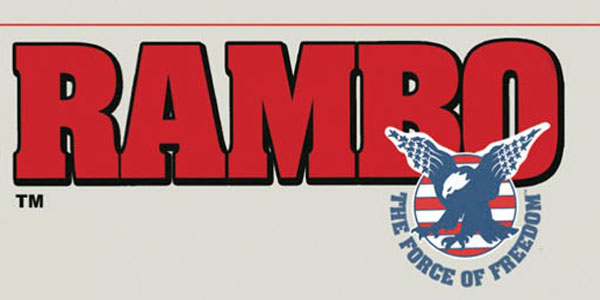 NECA reveals a new Rambo figure, and he’s making his way to SDCC.

I don’t think I’m the only one slightly disappointed that NECA is not completing the triumvirate of homages to the great, questionable Kenner toy lines of the early 90s.  We’re getting an Ambush Predator and an Endoglow Terminator, but nothing on the Kenner inspired Aliens front.

Well, while it’s not quite the same (and based on a vintage Coleco toy, not Kenner) we ARE getting a new Rambo figure making his debut as a Comic Con exclusive.  “Force of Freedom” Rambo may look familiar, as he was originally intended as a mass retail release, featuring what would have been the first toy appearance of John’s compound bow.

That figure never surfaced, and the bow was released in bright orange in the retro video game Rambo… but now it will get its classic colors as part of this Comic Con edition figure, who also features a new portrait and loads of other accessories.

The big news of this figure is the packaging, a great nod to the blister card art from the Force of Freedom toy line from back in 1988.  That toy line was not by Kenner, sure, but it featured the same sort of fuzzy morality that would suggest a hyper violent, PTSD-riddled Vietnam vet would make for a great Saturday morning cartoon hero.  I loved it so very, very much.

Here’s what very interesting about this figure, though… I had originally assumed the mass market days of Rambo were over, hence this figure switching gears to a Con exclusive.  And that very well might be, but the back of the card art– featuring a montage of every Rambo toy NECA has created– totally features yet another new version of the anti-hero, complete with black tank top and crossbow.  So who the hell knows when, where or how we’ll see that sucker, but for now, I think the card art alone makes the Force of Freedom figure worth the price tag.

Head over to Toy Ark for more images of the upcoming Rambo, and read NECA’s description below: 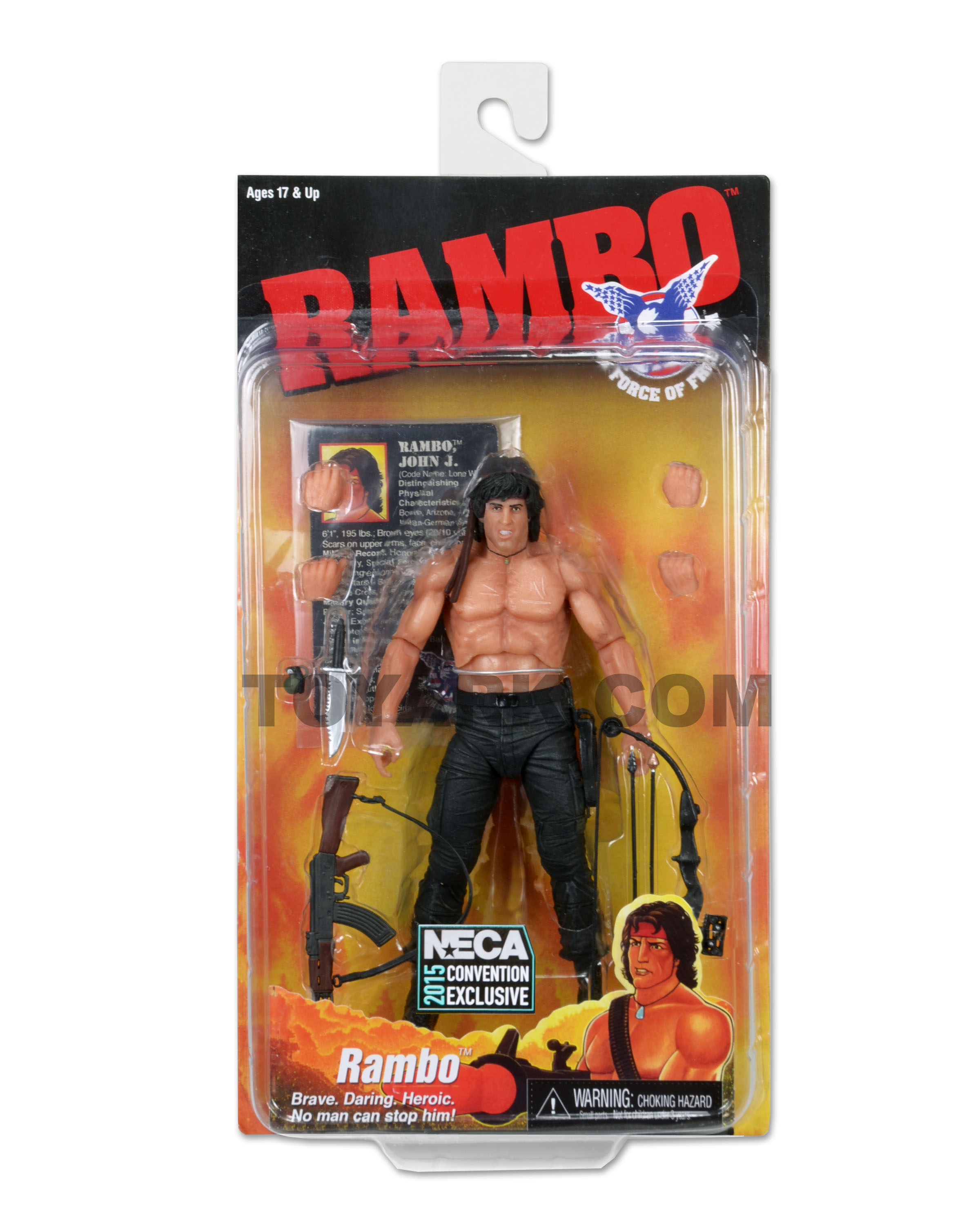 Brave. Daring. Heroic. No man can stop him! Our newest Rambo action figure is a tribute to the classic “Force of Freedom” line released by Coleco in the late 1980s. Featuring the likeness of Sylvester Stallone, the figure stands approximately 7” tall and has over 25 points of articulation. Rambo comes with machine gun, compound bow, arrows and knife accessories for the battle against S.A.V.A.G.E., as well as a collectible file card with bio. All new head sculpt & new accessories that are unique to this release.

The blister card packaging is an homage to the classic version as well, and features a visual checklist for every NECA Rambo figure to date.