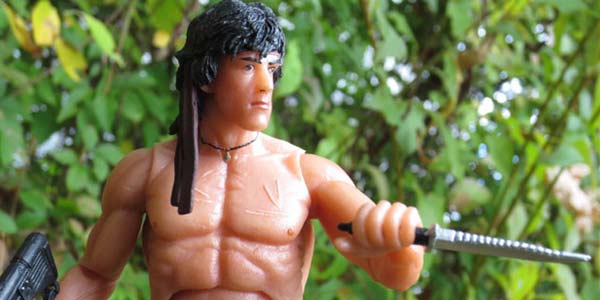 As if just to keep us on our toes, when NECA launched their new Rambo series last year, we didn’t get the mega-muscular, shirtless, rocket launcher-wielding version of the hero that is etched into the pop culture consciousness… Instead NECA released two versions of Rambo from his original appearance in First Blood.  And it was a good figure, although I do admit it made me hungry to see NECA tackle that most iconic Rambo design as well.  Here we are, a year later, and that Rambo is a reality, and his action figure is just as good as you could hope for.

The First Blood Part II Rambo is an all new sculpt, sharing no parts with the previous versions of the character, and he is loaded with an impressive amount of detail, even by NECA’s standards.  The figure depicts Sylvester Stallone’s ex-soldier with that headband and those military pants, and combat boots, and those ridiculously well defined muscles which made him a pop culture staple in the 80s.  But those smaller accents– the natural folds and wrinkles of Rambo’s pants, the scars on his chest and back, and the very strong Stallone portrait– really send this figure to another level.

If Rambo were just a good looking action figure, that would be cool, but he’s also incredibly fun, thanks to his wide range or articulation and numerous accessories.  Rambo sports an articulation pattern similar to most of NECA’s current figures– ball neck and ab crunch, ball shoulders and hips, half-ball elbows and knees, shin swivels and wrist and ankle articulation.  So he features a lot of articulation, and he’s a sturdy figure, with no stuck joints or brittle areas. 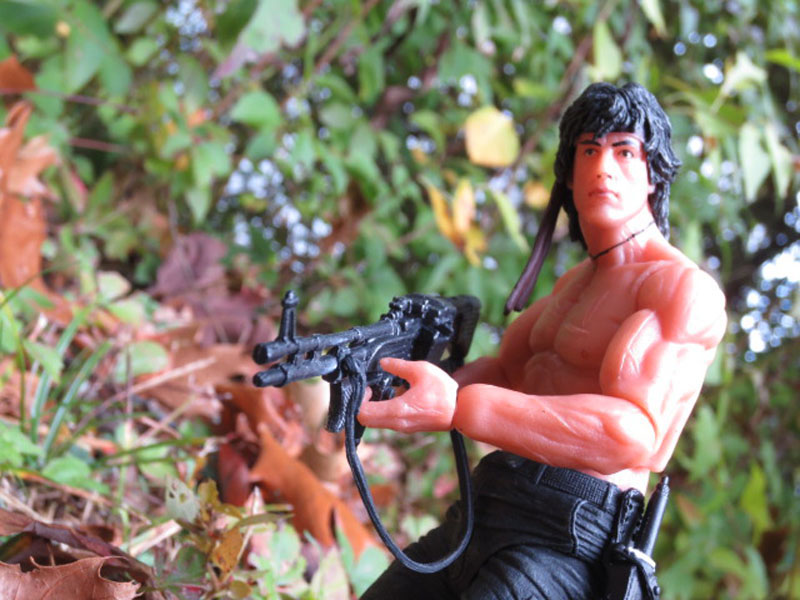 As you’d expect, Rambo comes packing some serious artillery, including his knife (complete with a sheath on his belt), a rocket launcher, a grenade and his monstrous machine gun… all of which are well rendered and all new.  To help him wield these weapons, Rambo also includes two sets of alternate hands, designed to grip specific weapons.  The hands plug on and off his wrist joints easily, and while they are all fairly similar in design, I like how each set of hands helps Rambo hold a specific accessory in a very organic manner.

As a shirtless guy in military togs, Rambo doesn’t require a ton of paint apps, but what he gets works very well.  There is a good matte finish and some slight highlighting to his pants, a bit of weathering on his boots, and some very realistic paint apps on his scars.  The figure’s skin is cast in the translucent plastic we saw on the previous Rambos and Dutch from Predator.  I guess the jury is still out, but I personally really like the effect, which I think adds realism and a certain “tough guy” sweatiness to the figure’s overall look.

I’m really impressed by this new version of Rambo, and glad to see NECA really nailed it when it comes to making a toy based on this iconic look.  If I had one complaint, it would be that he’s missing his compound bow, but there is already a second figure planned which will include that weapon as well as an alternate head sculpt.  As far as I’m concerned, it doesn’t get much better than the First Blood Part II Rambo figure.  He’s a great toy in his own right, a strong new entry in this series, and the latest addition to NECA’s long and awesome line of cinematic badasses. 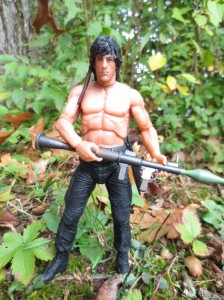 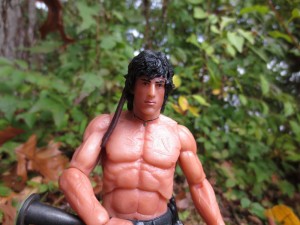 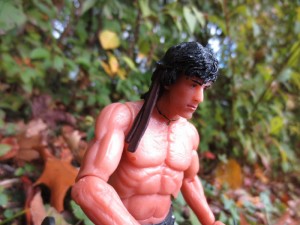 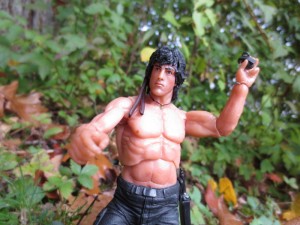 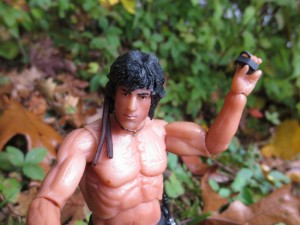 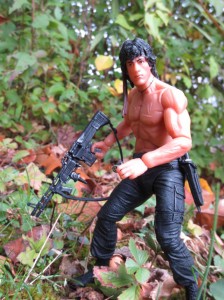 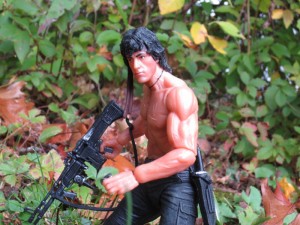 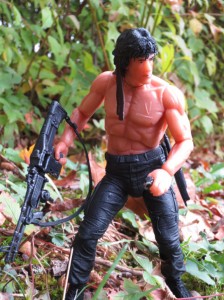 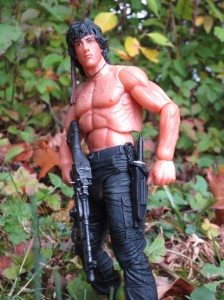 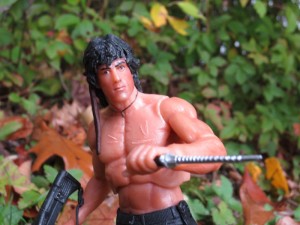 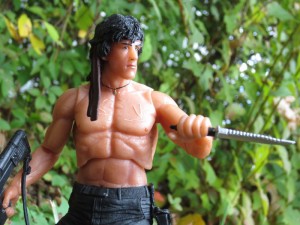 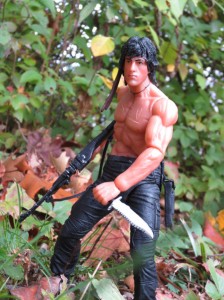 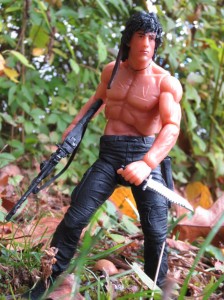 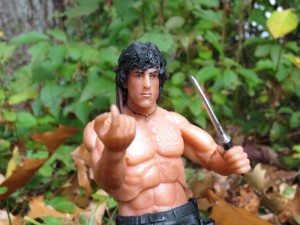 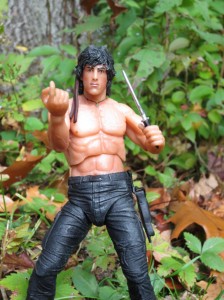 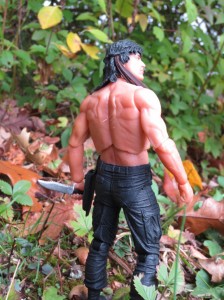 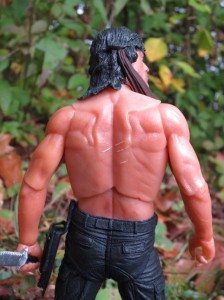 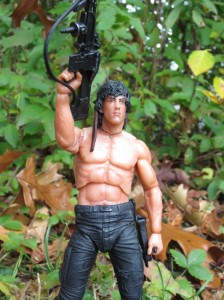 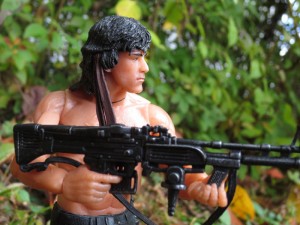 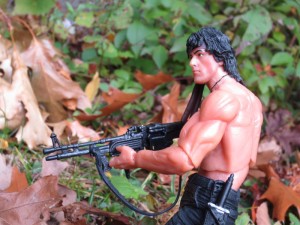 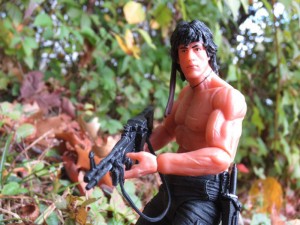 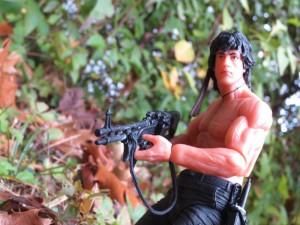 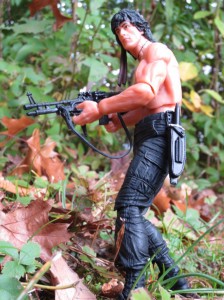 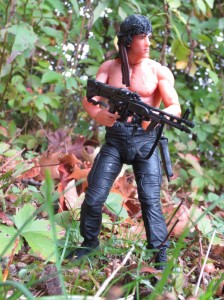 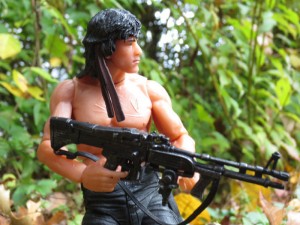