Rambo To Return In Last Blood 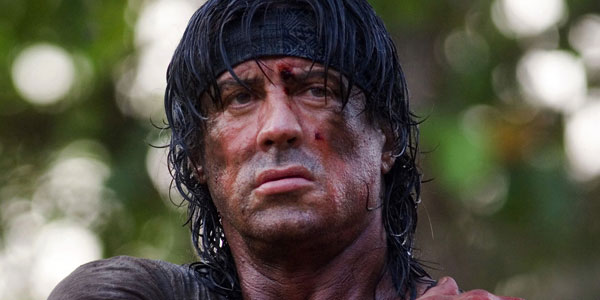 Sylvester Stallone reveals the name of the next (final?) Rambo movie.

The future of the Rambo series has been a mystery for a while now.  Shortly after John Rambo, there were rumors the next film would be a complete about-face from that masterpiece of morphing humans into hamburger meat.  The original concept for Rambo 5 was to take a weird sci-fi twist, with Rambo essentially facing off against a (non-licensed) Predator.

Sadly, that decidedly rad idea was scrapped, and since then we’ve been largely in the dark about what shape the next installment of Rambo’s saga would take.  There were hints of a TV show, but now it appears that he’ll be back on the big screen, instead, for a movie called Last Blood.  This, from Sylvester Stallone on Twitter:

According to Variety, Stallone will not only star as Rambo, but write and direct this movie as well.  I’m all for more Rambo flicks, but I’d be lying if I said I wasn’t a little concerned.  The last time we saw Rambo, we got a gem of schlock cinema, one of the most comically hyper-violent movies I’ve ever seen, which was not only a total blast, but felt like a good time to say goodbye to our hero.  It seems pretty obvious Last Blood will once again be intended as a farewell to Rambo, but I hope Stallone can stick a landing better than the one this character already stuck.