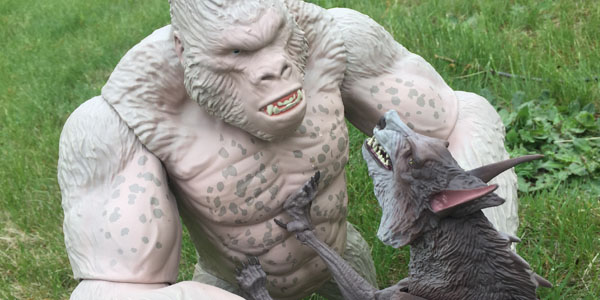 The toymakers behind Kong: Skull Island just delivered a new batch of awesome, large-scale monster toys… without anyone knowing.

One of the earliest and most potent surprises of 2017, in the toy world, was Lanard’s Kong: Skull Island collection. Nobody expected the makers of The Corps, along with exclusive distributor Wal-Mart, would release one of the most fun and playable toylines of the year, and yet… they did. And now, they’re attempting to do the same thing in 2018, with Rampage, a toy line based on the upcoming movie inspired by the classic arcade game featuring a very non-copyrighted giant Lizard, giant Ape, and giant Werewolf laying waste to a city block.

Will the Rampage movie turn out to be as quality as Kong: Skull Island? It’s too early to tell. But I can give the potential franchise this… its toy line is just as fun. The Kong toy line revolved around the awesome 16″ Kong figure, whereas Lanard’s Rampage line highlights all three monsters from the old school video game. I chose to check out the “City Brawl” versions of Lizzie the lizard and Ralph the wolf, along with the Mega-scale George the ape, as these were the largest versions available of each colossal beast. 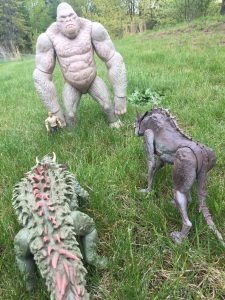 Like the Kong line, each monster is packed with a human adversary, along with weaponry.  One thing the Rampage toys add are action features for Lizzie and Ralph– each includes a button-activated jaw chomping feature– as well as increased articulation for all the monsters.  Mega George can be displayed standing upright, or hunched forward on his knuckles, which is a huge step up from the comparably static Mega Kong that Lanard released last year.

The action features are a welcome (and fairly non-intrusive) bonus, as are the 3.75″ scale military figures they’re packed with (including a very nice likeness of Dwayne “The Rock” Johnson on the Davis Okoye figure packed with George)… but the real appeal of this line is, without a doubt, the massive monsters.  The Four Horsemen have been collaborating with Lanard for The Corps, and looking at the impressive amount of detail in the sculpts of these creatures, I wouldn’t be surprised to learn the Horsemen had a hand in creating them.

At the end of the day, what Lanard is offering here is an awesome 6″ tall direwolf, a foot-long alligator-style reptile, and a ten to fourteen inch tall gorilla… all available at any given Wal-Mart for twenty bucks or less. That’s an awesome value, for some surprisingly good toys! There’s even more releases in Lanard’s Rampage collection, including the 3.75″ scale creature box sets called “Cannister Contact,” all of which are available at Wal-Mart stores nationwide now. 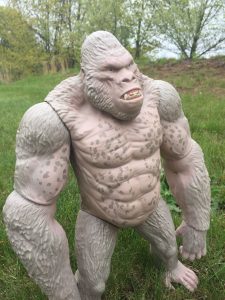 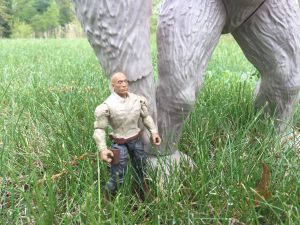 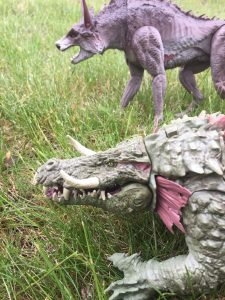 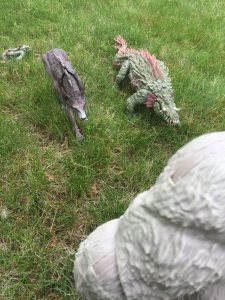 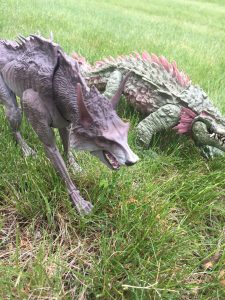 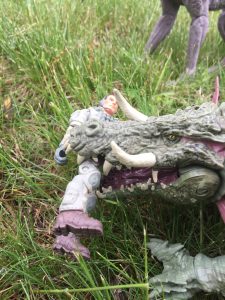 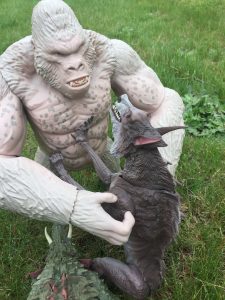 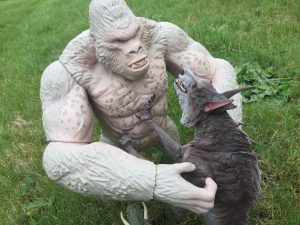