ReAction to Back to the Future from Funko 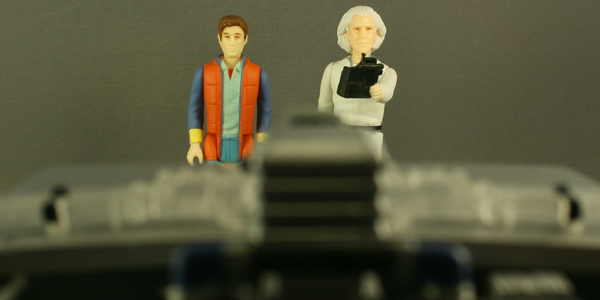 Funko’s ReAction line mixes the look of the 70’s with the classic 80’s film Back to the Future.

It’s 2015 so what better time to review the figures from Back to the Future? So it kind of worked out that  work kicked my butt in 2014 and I’m just getting around to looking at the figures.

Growing up in the 80’s I was used to figures with only five points of articulation. The Duke Brothers sat in the the General Lee at a 90 degree angle, and it was fine. When I put Han and and Chewie in the Falcon I had to play the game of contort the toy, hoping that the figure and the cockpit would not break. As the years past the articulation got better, elbows and knees became common in figures, and then Marvel Legends set a new bar for figures in the early 2000’s. Funko is bringing back the old figures, and with a retro feel many 30 something collators are reliving their childhood with toys based on movies they never got in the 80’s. 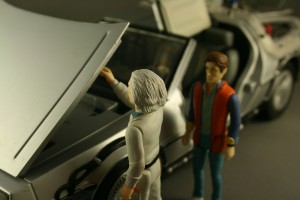 Anyone who knows me knows that Back to the Future had an impact on me after seeing it in 1986 when my Mom rented it for me from Stop & Shop. It shaped my childhood, and some may argue my adult life. While I am not getting as many of the ReAction line as Bill, this was one wave I could not pass on.

The first wave of figures (and maybe the only wave) is made up of the four leads in the film; Marty, Doc, Biff, and George. The figures all have unique sculpting, matching the iconic looks from the film. The head sculpts are generic enough that they look like the actors, but not so much that people could criticize their accuracy. They match the size and look of the old Star Wars figures, helping to fit in with older figures. Only Doc and Marty come with accessories, a skateboard and car remote control. I can’t think of what Biff would come with in this look, but milkshake would have been perfect for George with his untucked shirt.

They look great next to the DTS DeLorean, although slightly short for the car. If you love the film, and miss your 80’s toys grab this set, it is the future after all. 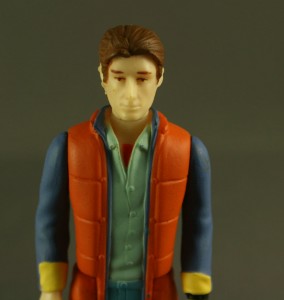 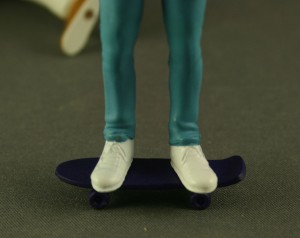 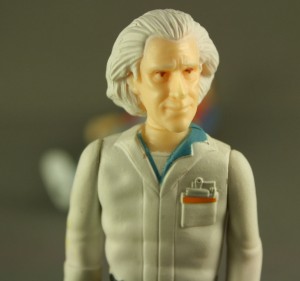 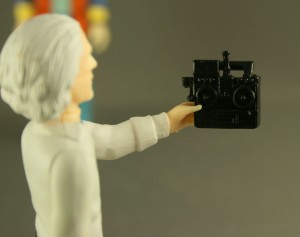 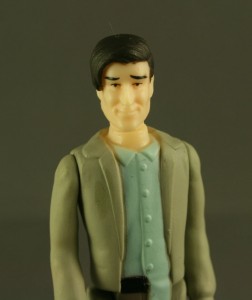 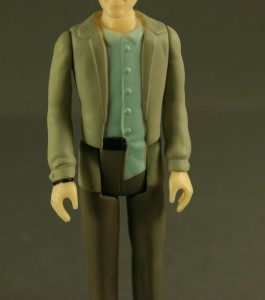 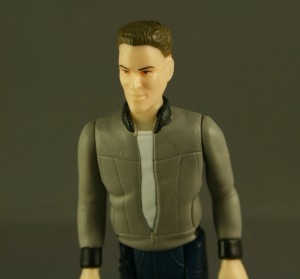 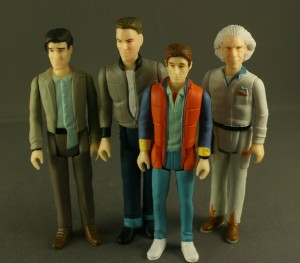 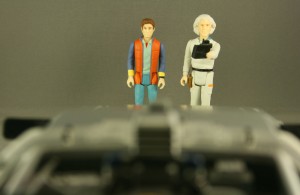 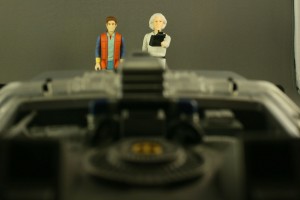 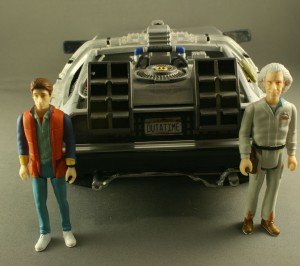 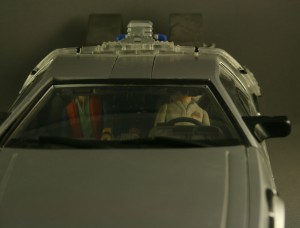 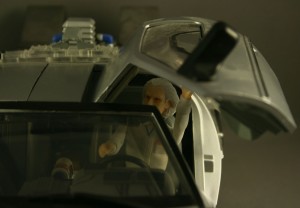 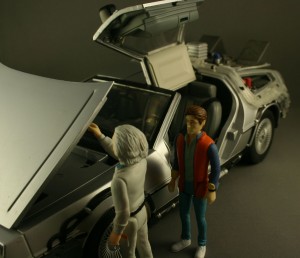 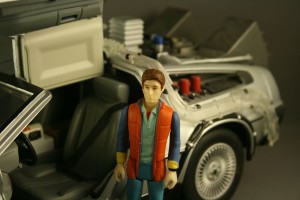