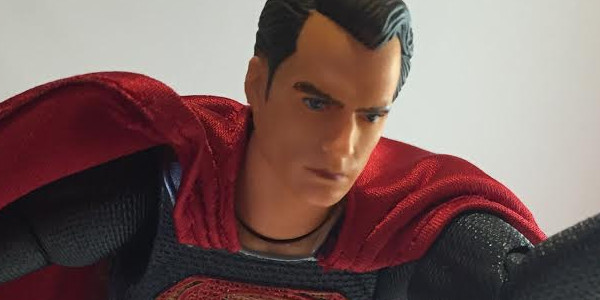 Mafex really came out to play with the BvS: Dawn of Justice figures. Batman and Superman lead the charge with Armored Batman in the mix too this line is looking good.

Looks are only a small portion of what makes a good action
figure, there are many other elements that have to be factored in when reviewing figures.The ascetics of the Mafex line are stunning but joints can be an issue. Batman can hold all his poses, but Superman’s joints were loose below the waist (and from the consensus on the interwebs I was not the only one).

The likeness to Henry Cavill and Ben Affleck are spot on, doing a great job recreating their looks from the film. The suits are also well sculpted, including texture just like the real life costumes with wire infused cloth capes to recreate the action poses. Batman comes full of extra hands and accessories. Superman comes with a spare head to show heat vision and a few extra hands.

Mafex really did well with this Batman figure, making him favorite Batman to date. The hands, batarang, grappling gun, and krytonite launcher are all done with amazing detail, only adding to the value of the figure. I had hours of fun making poses for my shelf with this guy.

Superman however fell short of expectations. He is by no means a poor figure, but just a tad underwhelming with the loose leg joints. The saving grace of this figure is the cape. It is beautiful and over-sized, giving a real magnificence to the big blue boy scout. His heat vision head was missing a key element…the red color. I don’t know if this was mistake or if that was in fact the design, but it certainly would have made the figure better. 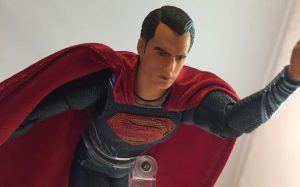 With the line expanding soon to include Wonder Woman, Armored Batman, and Knightmare Batman be sure to keep your eyes on these, they are nice additions to any fans collection. I just hope they can fix some of the quality in the leg joints. 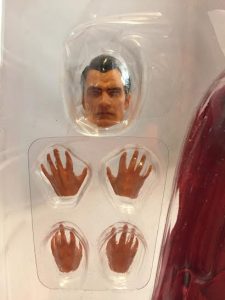 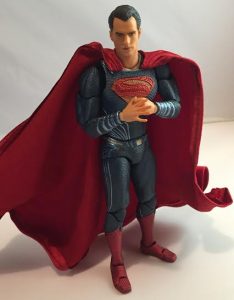 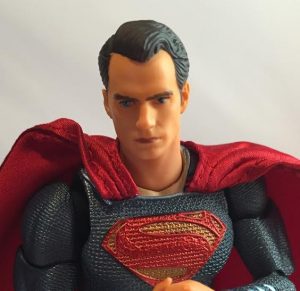 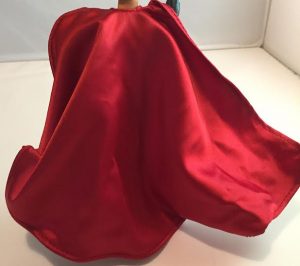 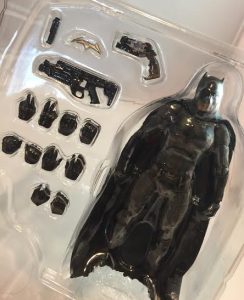 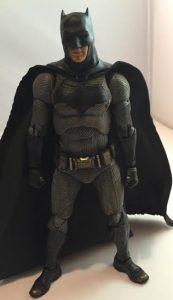 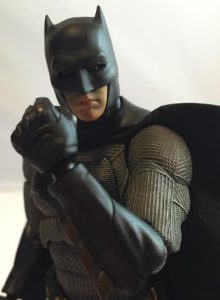 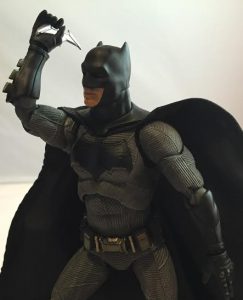 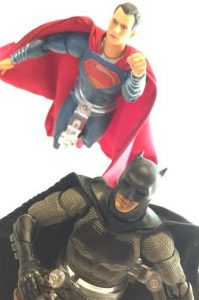