Get Ready For Spider-Man: Homecoming 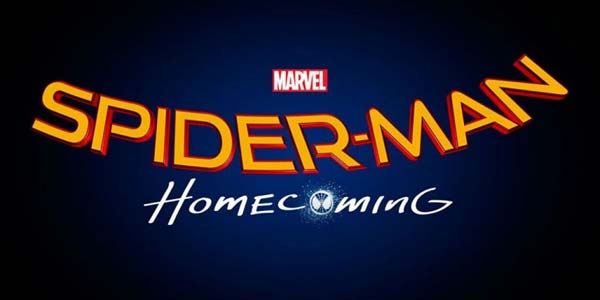 Sony and Marvel reveal the title of their Spider-Man reboot.

It was rumored, and now it’s confirmed– next year’s Spider-Man movie will be called SPIDER-MAN: HOMECOMING.  Sony announced the title, along with the logo you can see up top, at CinemaCon in Las Vegas.  I think I like the title card a lot more than the title itself… the font has a very unique, 70s throwback kind of aesthetic, and I love the Spidey face worked into the “O.”  This logo certainly stands apart from the angular, silvery logos used in the Sam Raimi and Amazing Spider-Man movies.

As for the name itself, I don’t know.  I like the cutesy double meaning– since this movie marks Spidey’s return to the fold within the Marvel Cinematic Universe– but I was really into the rumor that this series would follow the trend of naming Spidey reboots after different comic books, making this one Peter Parker, the Spectacular Spider-Man.

I’m certainly not gonna let a slightly underwhelming name negate my excitement for this movie.  I haven’t even seen Spidey’s appearance in Captain America: Civil War yet, but just knowing the thoughtfulness and effort Marvel puts into totally nailing their characters for the big screen has me confident Homecoming may feature the best realized cinematic Spider-Man ever.