The Rebels are Rising 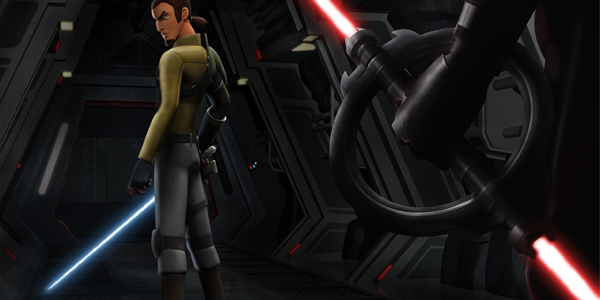 Not only did we get some great toy news on Star Wars day, we also got a longer look at the upcoming animated Star Wars Rebels show.

Rebels is set in the time between the prequels and the original trilogy. It will show the rise of the Rebellion against the Empire, and introduce some new characters into the Star Wars universe. In addition to the new characters it has been announced that Obi-Wan Kenobi will also play a role in the show. The size of his role is unknown, but he will serve as the bridging character for the two time frames. Check out the clip below and let us know, are you ready to be a Rebel?