Reflecting On Strobo: A First Look At The 2013 MOTU Traveling Con Exclusive 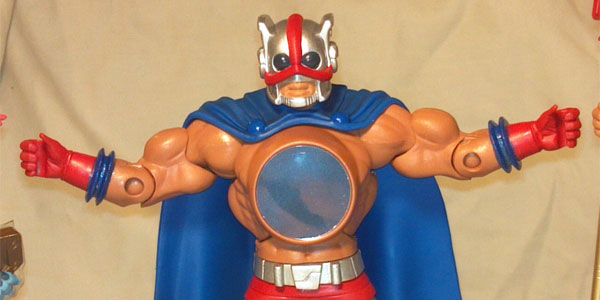 As in years past, Mattel is offering a “Traveling” convention exclusive Masters of the Universe figure in 2013– cosmic enforcer Strobo.  However, they tried something new this year, offering a (very) limited number of Strobo figures to Early Access Club Eternia subscribers… months before he makes his Con debut. His lightning-fast sellout has caused an uproar over the past few weeks, but is he worth getting up in arms about? Let’s examine closer.

Strobo is the light-powered cosmic enforcer, and many Early Access fans were blinded by him long enough to miss out after a rapid sellout in three minutes. He will be widely available throughout the year at several conventions, but his limited inventory will trickle out throughout the year. For those of us who have him now, he is a fun new character that ironically pluses up an old figure while waiting for his own version to be completed in the future.

Given his debut in the mini-comics, Strobo’s design was very easy to recreate from existing parts. He is part Sy-Klone, part Zodac, and part Icarius. What was new was his Dark Matter standing on this gorgeous red pedestal. It is unfortunately not removable, surprisingly enough, as seen with the Temple of Darkness Sorceress orb holder. The biggest accessory, and maybe the most sellable feature on the figure, is the helmetless Zodak head, the look he wore the majority of the time in the 200x series. On the original figure, he looks just incredible. Interestingly enough, with the inclusion of the head, he lost the gun the Horsemen created for him. Hopefully a Weapons Pak addition isn’t far behind.

I wouldn’t call these three releases essential by any means.  What bolsters interest in them is the rarity and the extras. You get a mini-comic, the Wheel of Time, and a Zodak head. Pulling subscription figures from day-of sales is playing a risky hand, but if the speculator’s market is any indication, it may just pay off. 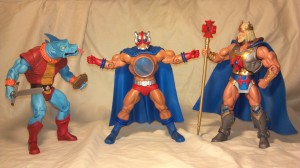 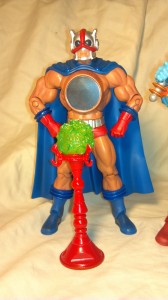 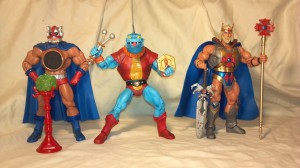