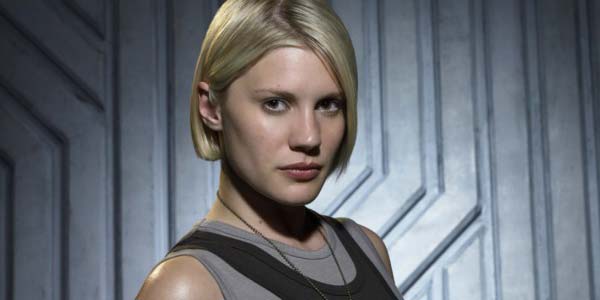 Not news, really, but Katee Sackhoff’s random Twitter post reminds us how bad we want to see her join the Marvel universe.

A few months ago, there was a lot of buzz over Katee Sackhoff having meetings with the folks at Marvel Studios.  At the time, wishful thinking dictated she might be in talks to play Carol Danvers, better known as Ms. Marvel (or Captain Marvel, depending on where the rights are).  We haven’t heard any updates on Sackhoff OR a Ms Marvel movie since then, as Comic Con would have been the perfect venue to make the announcement.

Clearly I’m not alone in my hope that the best Starbuck ever will join Marvel, because today the internet did its internet thing after Sackhoff Tweeted about meeting with Stan Lee.  Of course, Lee has very little to do with Marvel these days, and even less to do with Marvel Studios, so their meeting probably has nothing to do with her (hopefully) future casting.

But what we do know is, Marvel has plenty of dates reserved for upcoming movies… and the demand is increasing for a female fronted super hero movie on the big screen.  If that inevitable movie does happen to be Ms. Marvel, I am perfectly happy joining the consensus that Sackhoff would be perfect for the role… I’m actually re-watching my way through Battlestar Galactica again right now, and I have been perpetually reminded of how good she really is at combining agency, vulnerability and overall badassery into Kara Thrace’s character.  That same kind of combination would make for a hell of a super hero.