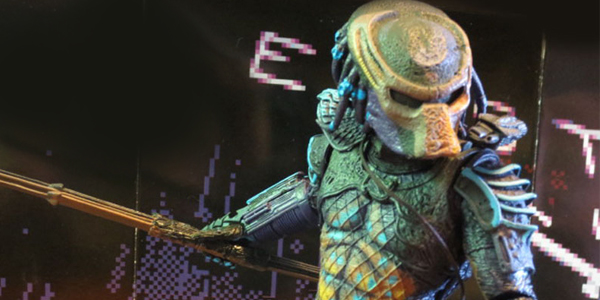 NECA unleashes a second pixelated Predator, based on the Predator 2 video game for Sega Genesis.

Once again, the fun, nostalgic and delightfully stylized retro video game collection from NECA has expanded, and the latest figure returns to a franchise we’ve seen before– the Predator.  But while the first video game Predator paid tribute to the blue and purple monochromatic look of the Jungle Hunter’s 8-bit appearance, NECA’s new figure is based on the City Hunter, as he appeared in Sega’s Predator 2 game.

As we’ve seen with many of the past retro game designs, this Predator’s specific paint work matches the creature’s look from the title screen of the game, and thanks to the slightly more evolved 16-bit graphics of this era, City Hunter’s deco is more robust, and closer to his cinematic appearance than his pixelated predecessor.

The City Hunter features cell-shaded skin that ranges from dark brown to a copper tone, and eventually lightening to an almost yellow.  These tones are offset by the dark gunmetal grey of the Predator’s armor and the bright blue extreme highlights that adorn his shoulders, chest and legs.  The back half of the figure is kept virtually all black, establishing the illusion that he is emerging from the shadows. 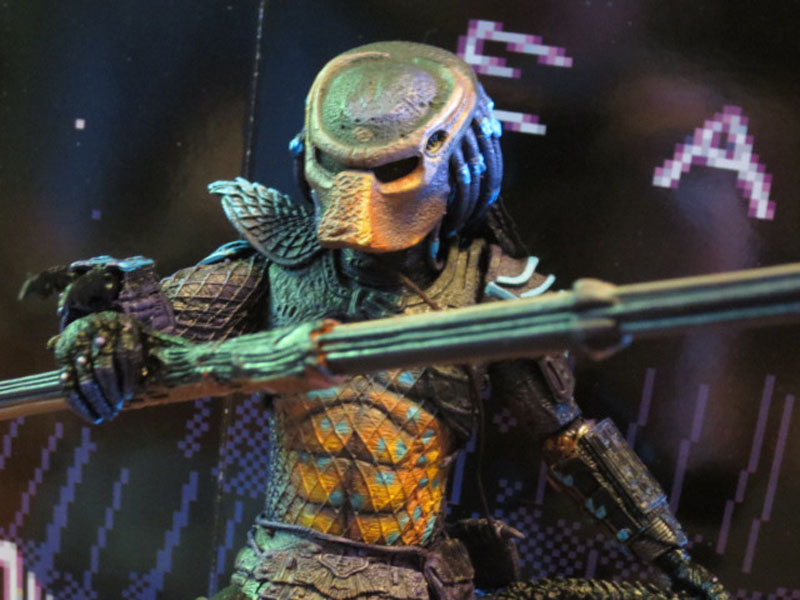 Painting to a light source can be tricky, but NECA’s does a fantastic job here.  It’s simple to follow the intended light across the figure’s form, and even if you pose an arm or a leg in a manner that breaks the direct pattern of the paint work, it does not ruin the effect.  I’m particularly blown away by the mask, which subtly blends over half a dozen tones into a single piece, making this wonderful sculpt pop in an even more striking way than it’s first movie-accurate paint job.

Even this Predator’s accessories sport a great, stylized paint job.  The City Hunter’s spear is painted down its length, so one side remains fully colored while the other side rests in shadow.  The same effect makes the skull and spine of the Hunter’s latest victim come to life as well, especially thanks to the similar Earth tones and blue highlights on this piece, which connect it visually to the overall look of the figure.

Video game box art had long since abandoned the clunky borders and frame work of early Nintendo games, but the Predator 2 figure still sports a similar box which replicates the cover art from his game all the same. He’s a great addition to the retro game series, for sure, and his colors are similar enough to the cinematic version that he could pass pretty well as a stand-in for anyone who missed out on the long sold-out movie version if the City Hunter.

The retro game edition Predator 2 is available now at NECA’s eBay store, Toys R Us and other retailers.  Thanks to NECA for sending along this figure and making this review possible! 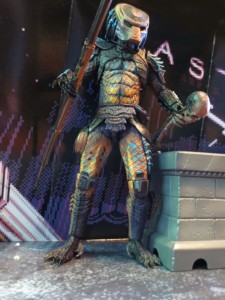 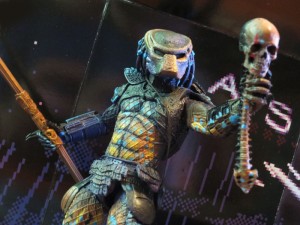 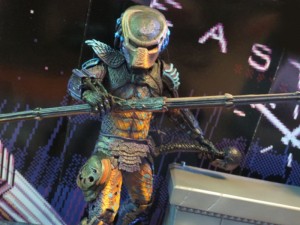 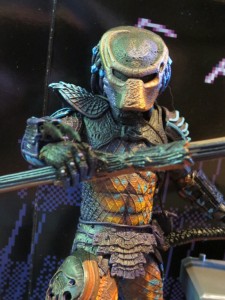 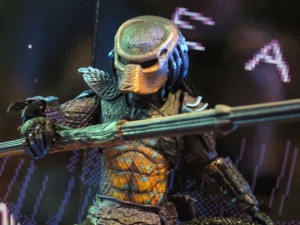 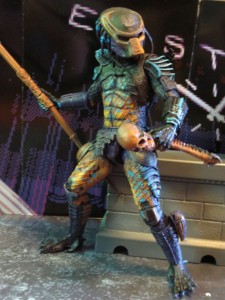 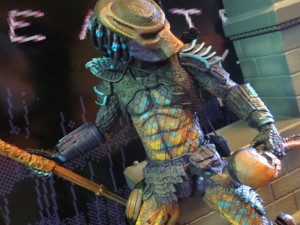 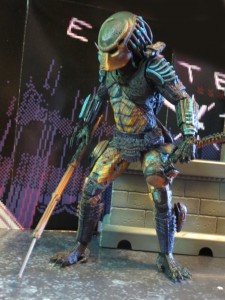 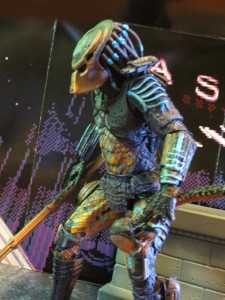 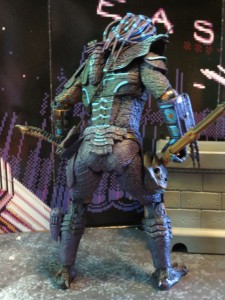 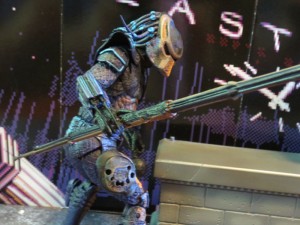 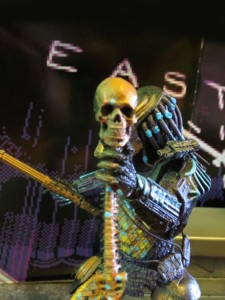 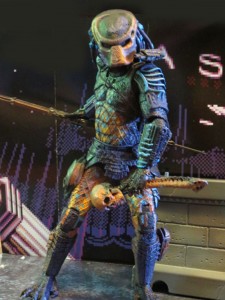 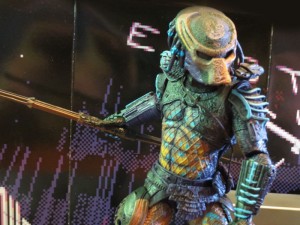 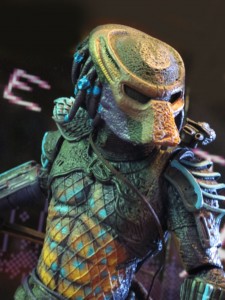 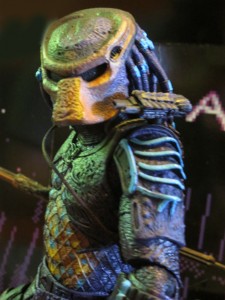 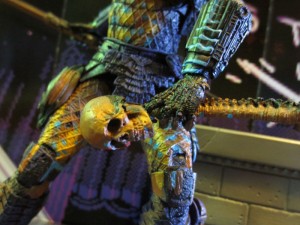 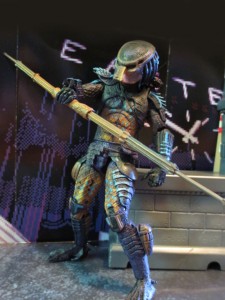 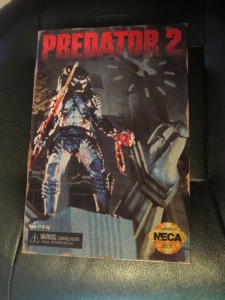 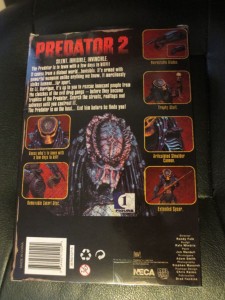 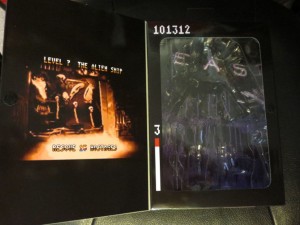