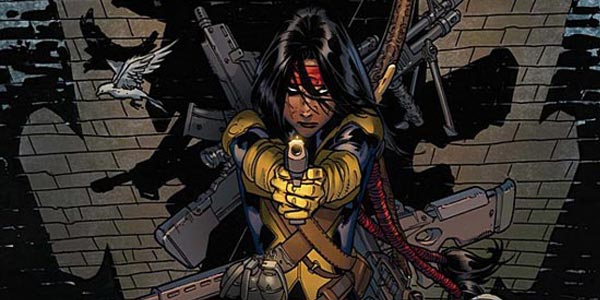 Marvel drops a photo of the Marvel Legends take on New Mutant Dani Moonstar; the internet is left wanting.

My interest was piqued when Hasbro first announced at NYCC last Fall that Moonstar was coming to the Legends collection, and that interest turned to excitement when they revealed the concept art, based on the Native American New Mutant’s armed-to-the-teeth look from the relaunched series. Today, Marvel finally revealed the figure, and she’s honestly a bit disappointing. 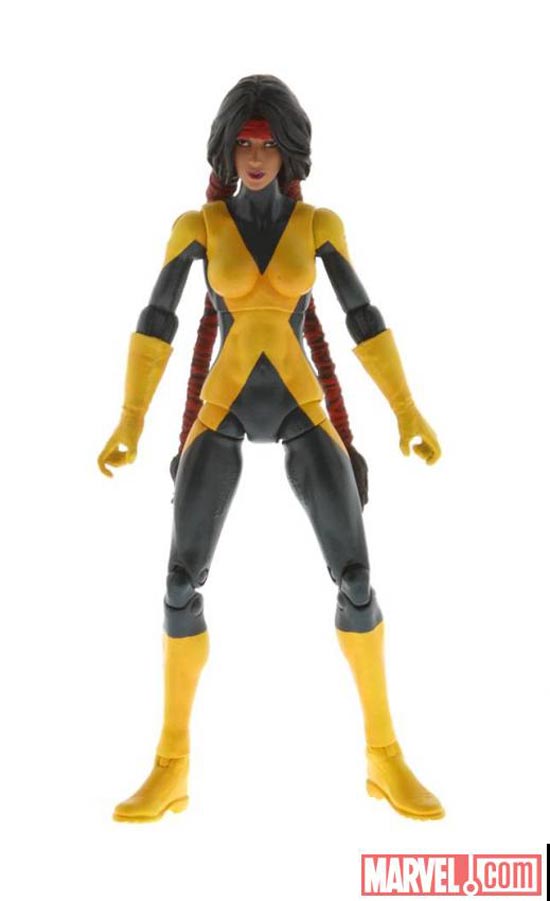 Featuring a great new headsculpt on the wonderfall modern female buck we’ve seen get its fair share of use in Legends, Moonstar looks good, but really, really… plain.  There’s no sign of the guns, straps and other gear that adds such a flair to her cover shot, and the result shows just how simple her costume design is.  It’s possibly that the final figure will still come packed with some gear to flair her up a bit, but as of right now the idea of shelling out $15 for a new headsculpt just doesn’t seem all that appealing.

I love Marvel Legends, and Hasbro’s relaunch has been an absolute home run. However, like I said last week Series Three is going to be a MAJOR make or break moment for the newly returned series… after the wild success of the first two waves, retailers will be ordering in such high demand starting with Wave Three that we’re bound to see a TON of these figures at retail, and they all have to move off shelves quickly to avoid seeing a glut of duds left clogging shelves (the death knell of Hasbro’s previous attempt at the series).

So far, Wave Three has three solid hits with Mystique, Deadpool and US Agent… but also two potential misses with the reuse-heavy Punisher/ Blade and now Moonstar. It’s way too early to call it either way, but if the remaining figures don’t show Marvel and Hasbro really bringing their “A” game, this wave may end up being the first misstep in Hasbro’s otherwise flawless relaunch. 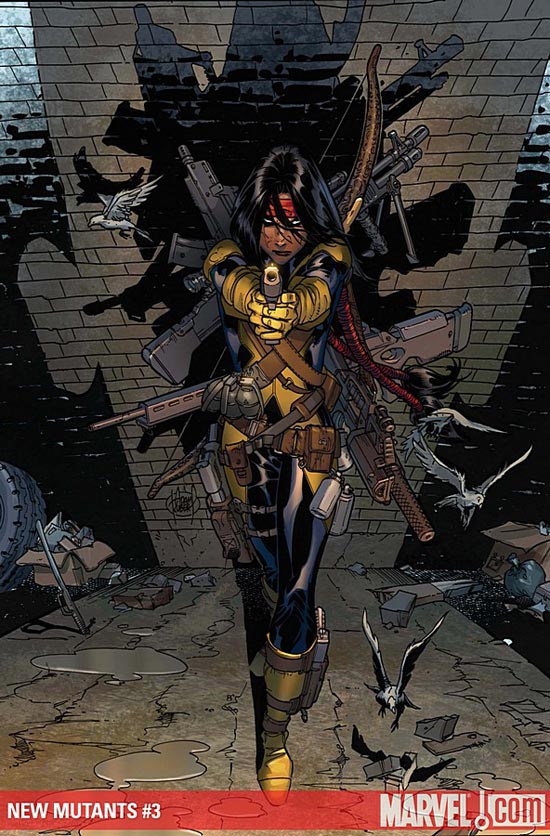 What we should be getting...

Get more info on Moonstar over at Marvel.com.