For the second series in a row, Diamond Select released a surprise wave of Toys R Us exclusive Aliens Minimates, featuring six new variant figures based on the first two Alien movies.  The latest wave includes re-issues of Ellen Ripley and the Big Chap from the first movie– both of whom receive slightly updated paint apps– and two Aliens vs Colonial Marines packs based on the sequel.

While we don’t technically get any new characters out of this lineup, some of the variants Diamond included are awesome.  The new Marine figures are second takes on Apone and Drake.  The new Drake in particular is great, with two all new head designs including a screaming mouth and a wicked cool half-melted face, to re-create his iconic acid-blood death sequence.  In keeping with this theme, Drake is packed alongside an extra damaged Alien warrior, who is covered head-to-toe in bright green blood.

The Apone variant is more dull, with only a new grimacing head design making him unique.  The new face fits the character well, but he doesn’t feel overly unique from the first release.  This wouldn’t be so bad, if not for the fact that there’s a few key members of the supporting cast we have yet to see at all in this line, such as an undamaged Bishop or the second Marine pilot, Ferro.  Either of these figures would be a far better fit than a slightly tweaked Apone.  At the very least though, the Sergeant is packed with a very fun Alien warrior variant.  Cast in translucent green plastic, this brightly colored creature is meant to emulate the Aliens’ appearance when the Marines switch to night vision.  It makes for a unique and interesting new variant to the beast, which is both eye catching and still screen accurate.

I decided to pass on the Ripley/ Big Chap set, since I’m perfectly happy with the previous releases of each.  That being said, it’s cool that Diamond is reissuing both these core figures for anyone who missed them the first time around.  All three Aliens Minimates two-packs are available now at Toys R Us stores.  Happy (bug) hunting! 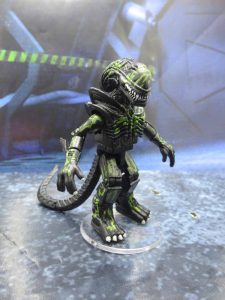 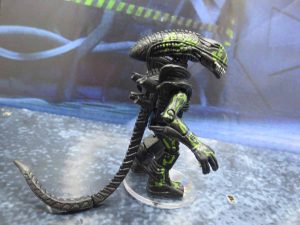 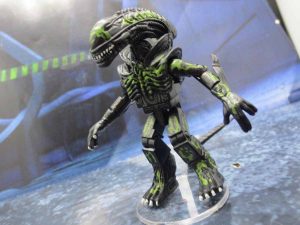 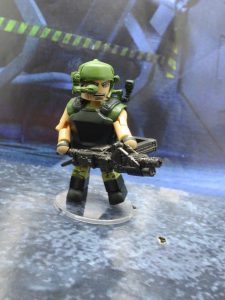 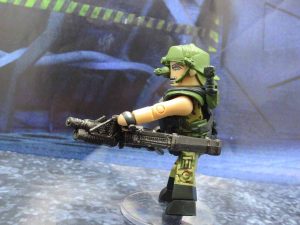 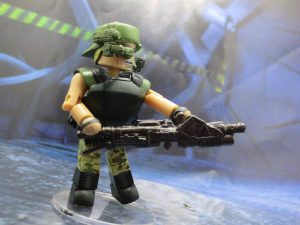 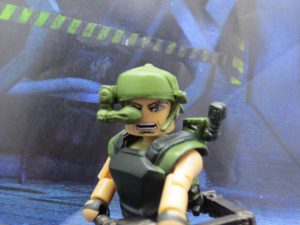 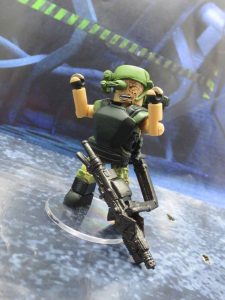 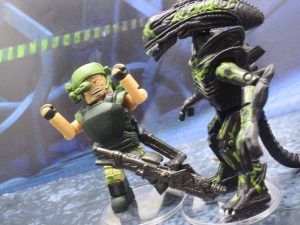 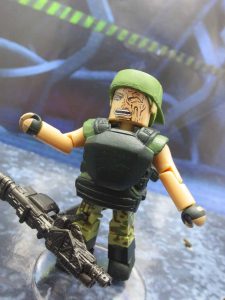 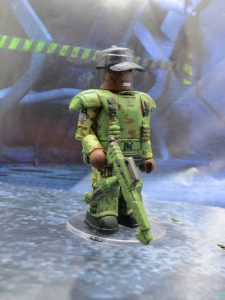 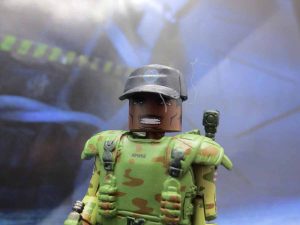 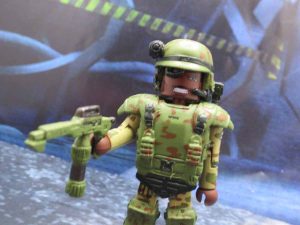 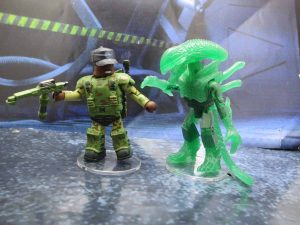 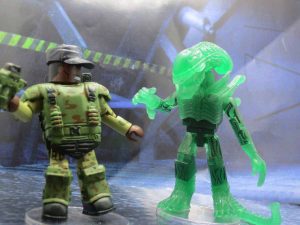 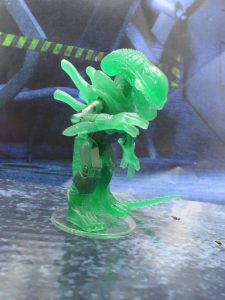 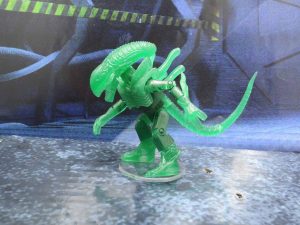 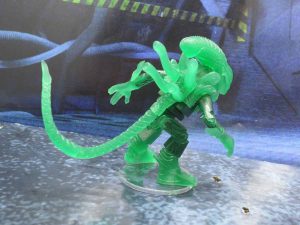 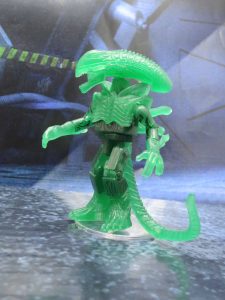 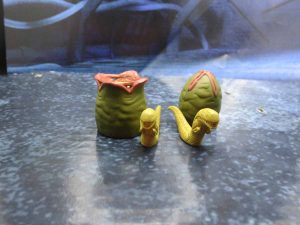 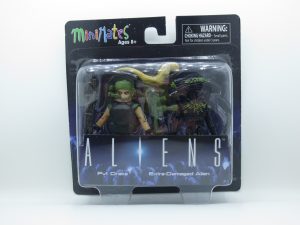 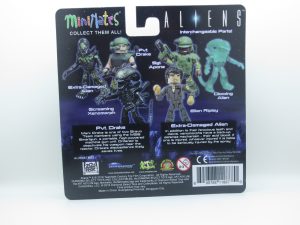 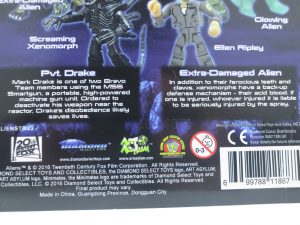 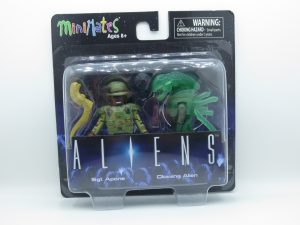 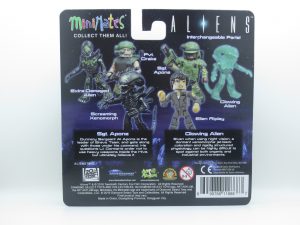 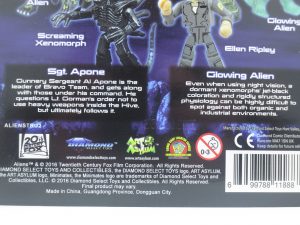