One of the issues when it comes to smaller properties is, how do you adapt a single character into a viable toy release?  One answer which we’ve seen several times in the world of indy comics is a catch-ll series, with multiple characters from various series appearing under the same umbrella.  Diamond Select has taken this approach for their newest line of MiniMates, which celebrate the characters from six different titles, all under the Comic Book Heroes banner.

Included in this assortment are two new Valiant characters, Ninjak and Shadowman, as well as Cassie Hack from Hack/Slash, Em Cypress from Revival, Agents Tony Chu and John Colby from Chew, and new Battle Beasts Ruminant and Spyrnus.  What we get is one of the more diverse assortments of MiniMates ever, and there is likely something to please any indy comic reader in this bunch.

The first Valiant MiniMates were released in 2015, as a one-off pack including XO Manowar and Bloodshot.  Ninjak and Shadowman serve as the perfect extension of this sub-line, with the same comic-accurate style and loads of fun alternate parts.  Ninjak includes his twin swords, complete with sheaths to store them on his back, as well as an actual mask which can be removed and replaced by an unmasked hair piece.  Shadowman includes both a long and short version of his staff, and a complete second, unmasked head.  With four key characters already in the mix, the Valiant MiniMates are really starting to shape up, and I can’t wait to see which characters Diamond tackles next. 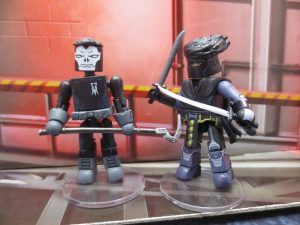 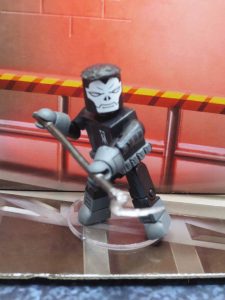 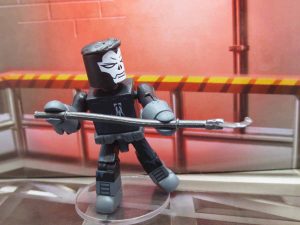 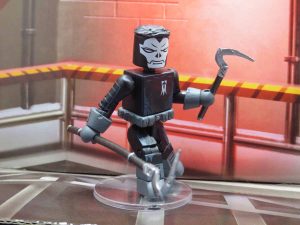 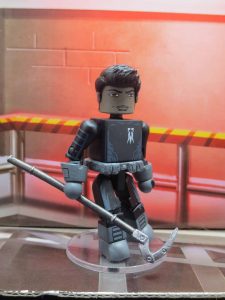 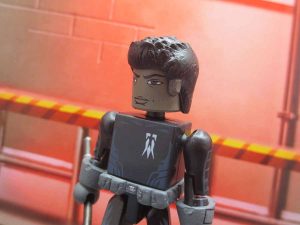 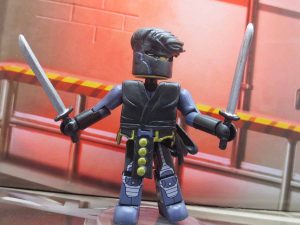 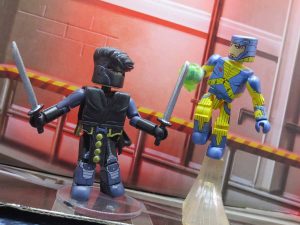 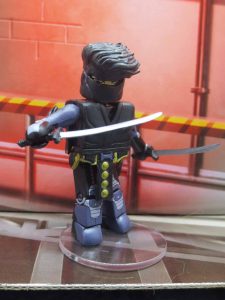 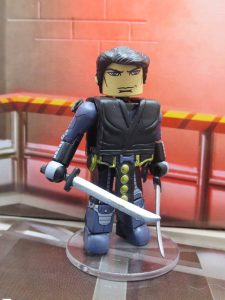 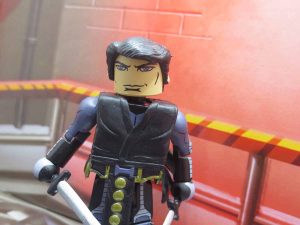 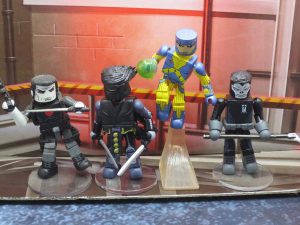 We also get another line continuation within the Comic Book Heroes… new Battle Beasts!  The Battle Beasts solo line never made it past the first wave, but they’re getting a second life in this eclectic assortment, which is great news for Battle Beast fans like me.  As with the previous MiniMate releases, these new figures– Ruminant, the giraffe and Spyrnus, the hammerhead shark– feature lots of unique sculpting and overlays, making these, essentially, MiniMates in form alone.  The sculpted details are great, and both figures fit perfectly with the rest of the Battle Beast figures.  I love the height of Ruminant, thanks to his long neck, and the stocky heft of Spyrnus makes him another awesome addition. 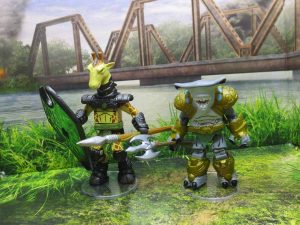 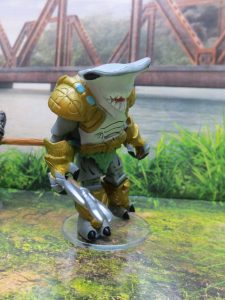 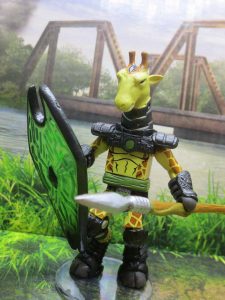 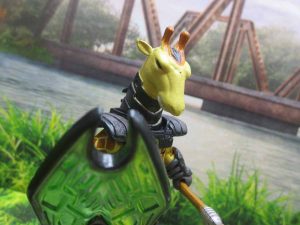 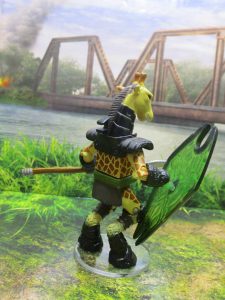 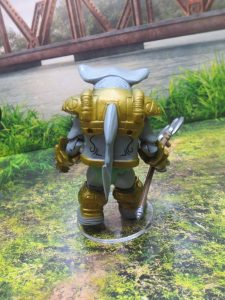 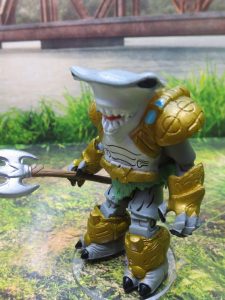 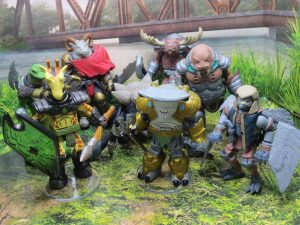 Of all the characters in this assortment, I think Cassie Hack would be the most likely to stand on her own in a solo line of Hack/Slash MiniMates, so it makes some sense to pair the serial killer hunter with the least-known of the group, Em Cypress from Revival.  Cassie looks great, dressed in her iconic miniskirt and mesh top, and she includes her spiked baseball bat.  I have to confess I’m not very familiar with Revival, but based on the (brief) research I did, It seems like Diamond made a wise choice rendering Em in her skeletal grey hoodie and jeans.  There’s no alternate parts included with either of these figures, aside from their basic accessories. 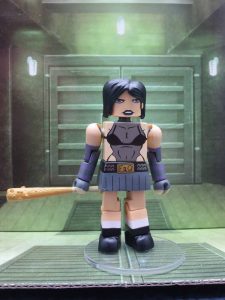 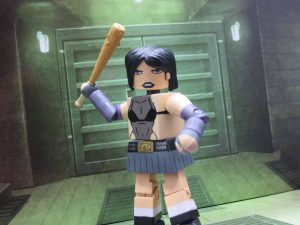 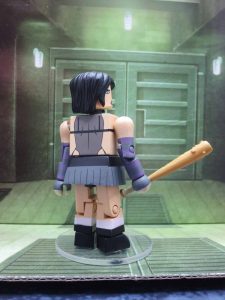 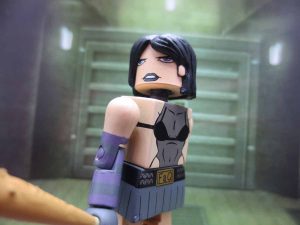 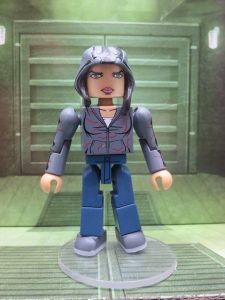 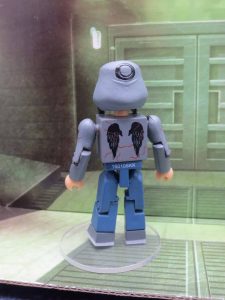 The last two-pack includes the two main characters from Chew, the truly bizarre story of a cop turned FDA Agent who gets psychic impressions from anything– or anyone– he eats.  he set includes our protagonist, the “cibopath” Tony Chu, as well as his cyborg partner John Colby.  Both agents include pistols, and their pack also includes the cyborg rooster Poyo to round out the team.  These guys are pretty fun– the stern scowl on Chu’s face offsets perfectly against Colby’s cocky smile, and the all new sculpt used for Poyo is a very fun addition. 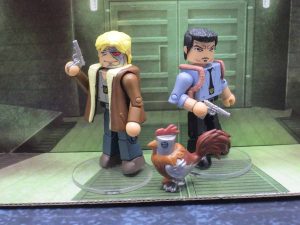 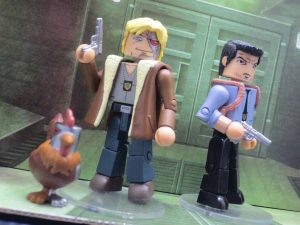 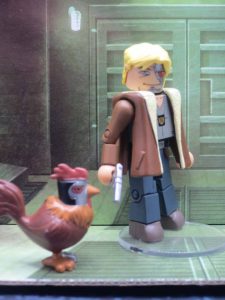 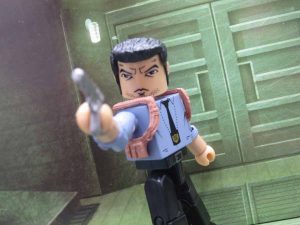 Whether on their own or viewed as a whole, this diverse mix of characters covers many corners of the indy comics world, and they’re sure to please many fans of these lesser-known, but no less awesome comic series.  The Comic Book Heroes MiniMates are available now through specialty retailers, as well as select Toys R Us stores.  Thanks to Diamond Select for giving us the chance to review these awesome new MiniMates!