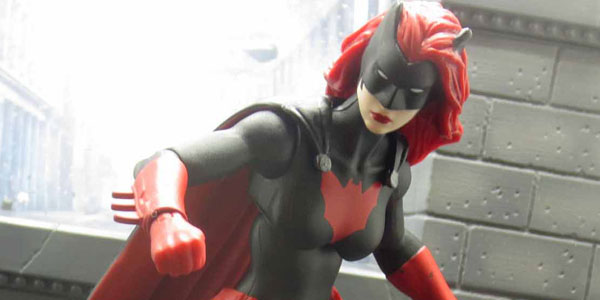 I’ll admit, even years later I’m pretty burned out on the Four Horsemen’s DC Universe Classics aesthetic, which is why I’m happy to see Mattel moving past this decade old tooling more and more in their current DC Multiverse line. The first wave of 2018 evolves the line further, including an all new female hero body introduced for Batwoman and Green Lantern Jessica Cruz.

It’s a pretty cool base body, too! The proportions are really good, conveying a sense of strength and athleticism, while maintaining its feminism. At first I thought this sculpt seemed a bit too bland, but the more I thought of it, I liked that this smooth, featureless base actually moves in a different and more realistic direction than we’ve seen from past super hero toys. The etched, striated muscles seen on many DCUC and Marvel Legends toys is often perfectly comic book accurate, but unrealistic compared to how fabric actually, you know, works. Mattel’s new female body feels like a more realistic representation of what a super hero would look like, while wearing tights.

The range of motion on this figure is good, too. Batwoman sports a ball joint neck, ball thoracic joint, ball shoulders, half-ball elbows, hinged swivels at the wrists, ball peg hips, double knees, and hinged ankles. This leaves her far more articulated than past DCUC figures, allowing quite a few cool posing options for the figure. There’s some kinks to work out in the overall engineering, though. On my figure, the thorax joint is quite loose, making the figure feel wobbly overall. And while the shape of Batwoman’s utility belt masks the hip articulation perfectly, I feel figures with this joint more exposed tend to look a bit awkward. But despite these minor issues, I have to say this figure’s increased articulation is a huge plus, which means she both looks and plays better than Mattel’s older DC action figures. 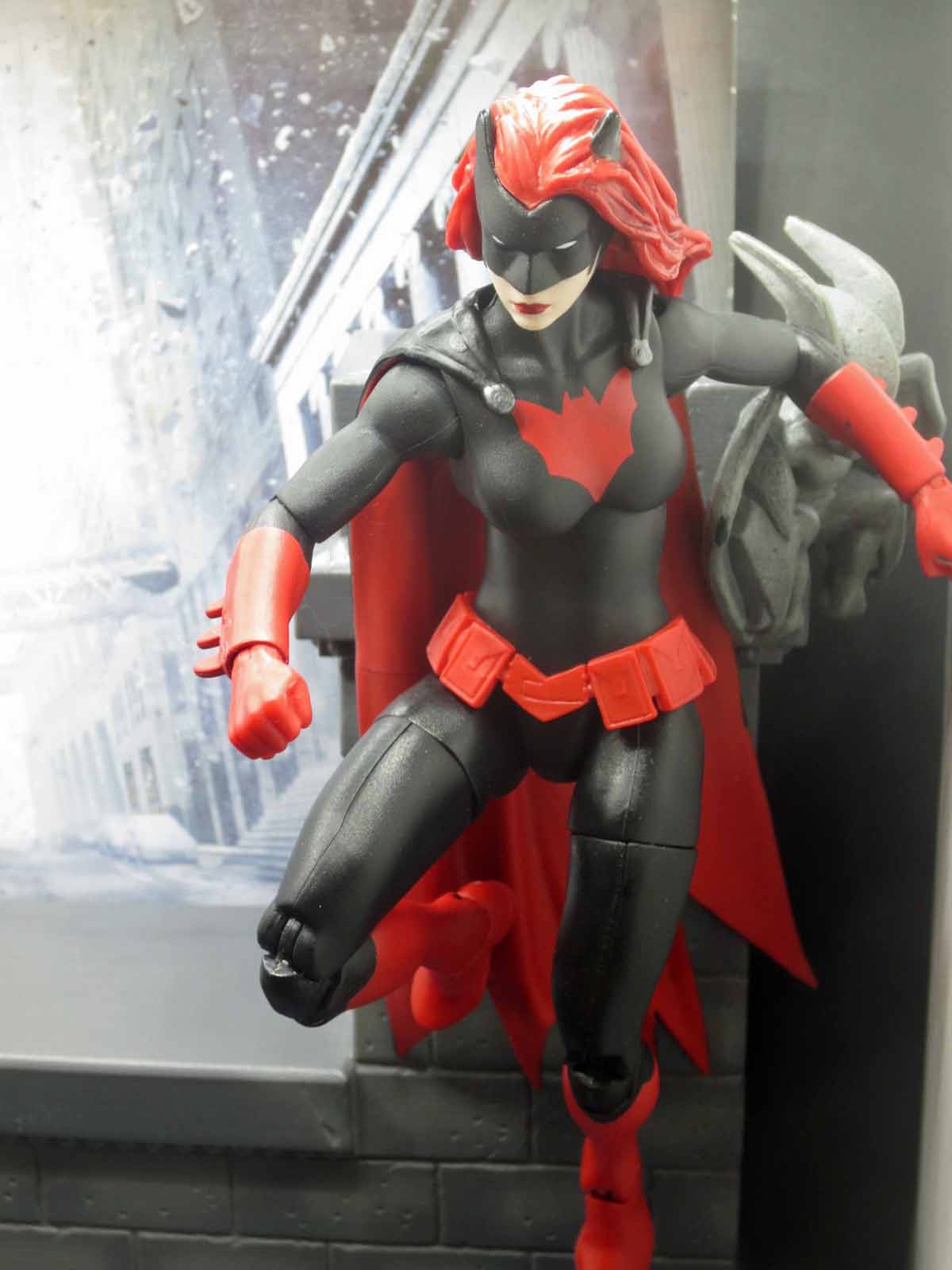 Batwoman features an excellent headsculpt that captures the unique look of her cowl perfectly. Despite the long hair of her red wig, Batwoman maintains a great range of head movement, and this is further enhanced by an alternate Kate Kane unmasked head, which pops on and off the neck peg with ease. Aside from the alternate head and a few parts of the Collect N Connect Clayface, Batwoman is light on accessories. It’s not the end of the world, but I’d like to see her include some crime fighting gear similar to what we’ve seen with so many other members of the Bat family.

So while she isn’t perfect, I have to say Batwoman is a huge improvement above Mattel’s DC Universe era female super hero figures. This design is filling me with promise over the potential of the DC Multiverse line going forward, and it’s making me antsy to see some of my favorite DC Super Heroes re-released on this much better style body.

Look for Batwoman and the rest of the latest wave of DC Multiverse toys at mass retail soon, in really slick, all new blue window boxes. They’re available in the meantime at many online stores, including our friends at Mikes Comics N Stuff. Click here to visit his web store now! 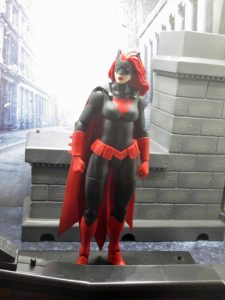 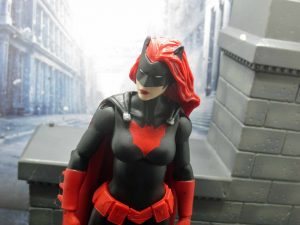 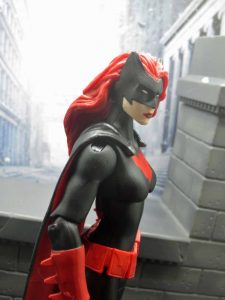 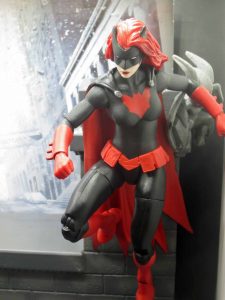 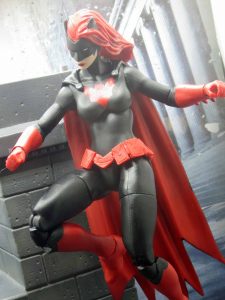 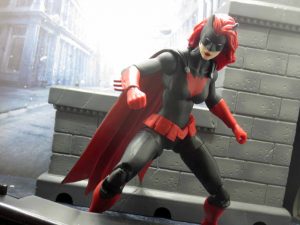 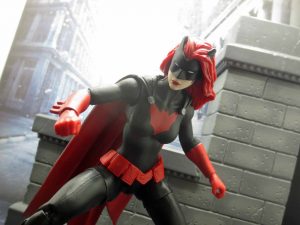 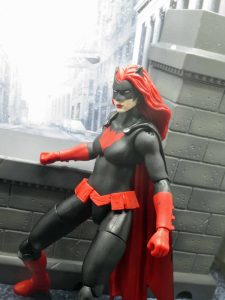 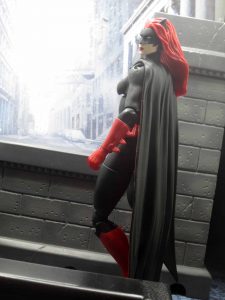 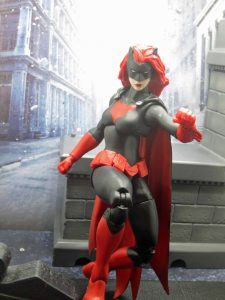 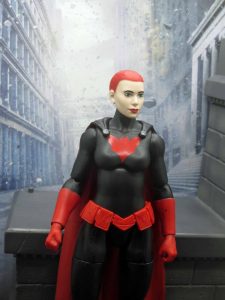 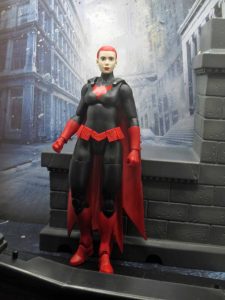 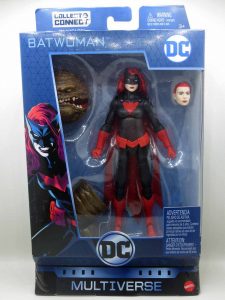