Review: DCUC Wave One from Mattel 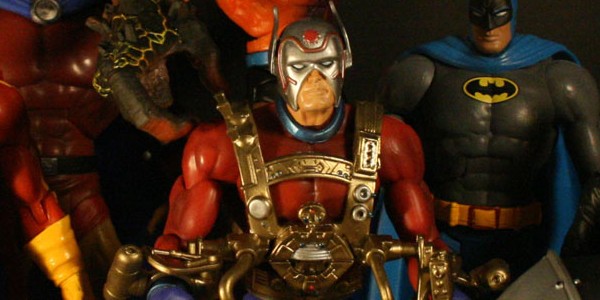 Since the reinvention of the action figure in 2000 by Toy Biz, DC fans have been waiting for the DC universe to be made. This summer Mattel got the rights to the entire DC universe and the first wave of figures proves that not only will we get the big names but also the B- and C-list characters we all want.

The first big change we see in this line is in the packaging. The figures are not part of the package; instead, they are showcased. The new packaging really makes the figures the focus versus all the extras. In a time when we see a decrease in the amount of pack-in accessories, DC has given us not only a collect-to-connect figure, but they also give us the accessories which really allow the characters to stand out. The boxes are all bubble allowing the figure to be the primary focus. The guide on the side of the packages also allows those people who may be not familiar with the character to organize and make sure they get what they need to make the C2C. Each box shows not only what part of the C2C figure is included but also tells you the wave and what number figure they are in that wave. This should work well when multiple waves are out in the stores at the same time so that most people can make sure they are getting the right figures in the right waves. 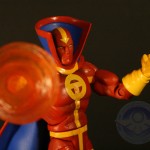 Red Tornado- This is the figure I was most looking forward to in this wave. I think this is in part because of his connection to the old Super Powers line. The figure is designed in bright primary colors and is just cool looking. He ended up being the figure I found most disappointing. While the Four Horseman sculpt is amazing, the trouble lies with the final paint job. I got case B with 2 Tornadoes, and both had sloppy yellow paint applications. From afar or in a group he does not look too bad, but if you take a close looks you can see red marks in his chest emblem, and head. Over all this is a great figure, even with sloppy paint. 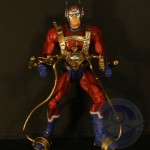 Orion- The son of Darksied is another home run for the Four Horsemen and a nod to the old Super Powers. This figure is simple in design but really stands out in this wave. The detail on both the helmet and the harness really show the ability of the 4 Horsemen and Mattel’s ability to get the great detail to the fans. He fits in well next to his father and is really a great addition to the line. One of the best accessories in this line comes with Orion. His harness shows how well Mattel is doing at trying to make this the best line of 2008. 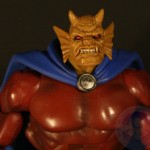 Demon- This is one figure I never thought I would see in Wave One of the new line. With all the pressure from Wal-Mart to make figures kid-friendly, Mattel says with this line up that the collectors come first. We all know we will see Hal Barry and Diana in the line, but to give us this figure right out of the gate is amazing. He is well detailed and really fits in with the other DCSH. He towers over other figures, like Batman and Superman, but can crouch to look eye to eye with them as well. No accessories except the C2C part, but man is he big. Great figure, great details. 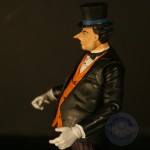 Penguin- This is the one figure I was unsure if I would like. After seeing how the character was changed to be slimmer and to have a very awkward face, this figure came out amazing. I am so happy with the figure over all, the prototype pictures do not do this figure justice. The Penguin is just the right height, sporting colors that are modern but still a nod to the older look, and the scale works well with this line and the DCSH. Oswald fits in nicely with the other Bat Villains (though we do need a new Joker) and really rounds out the line up. The Penguin comes with an umbrella which has a detachable gun piece, making this a multi-use weapon. Once again the 4 Horsemen have come through, delivering a great sculpt of a classic character. 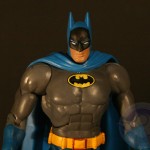 Crime Stopper Batman- Most of us would agree, enough with Batman and Superman, but this is an amazing Batman. He is a good size and a sculpt, which is new and fresh after seeing the same Bats and Sups for years in the DC line. One difference between this Batman and the other recent figures is the way this one looks like he stepped off the comic page. This figure, like the rest of this wave, is a huge nod to the 80’s collectors and the Super Powers line. This Batman comes with a batarang and a grapping gun. 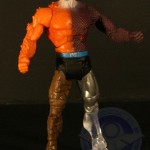 Metamorpho- The final figure of this line is the new Collect to Connect figure, Metamorpho, or as Mattel calls him Rex Mason the Element Man. This was a fun figure to build because each part is so different. Not only do we get this wonderful C2C figure but we also get 3 attachments for him, allowing him to really be a dynamic figure. Each part shows the attention to detail and shows off the different textures of this character.

After all the praise I do have to warn you collector out there who don’t have these yet some word of warning. If you pick these up in stores make sure you check the paint applications on the Red Tornado and Orion. The clear left leg of Metamorpho also does come loose at times. It’s not a huge problem, and a learning curve for Mattel about the connection points of the figures.

If all of the figures in this line come out as good as this first wave we are in for one hell of a ride with DCUC. 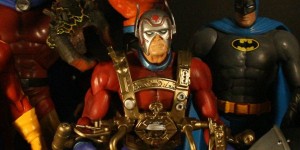 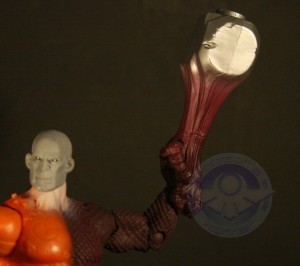 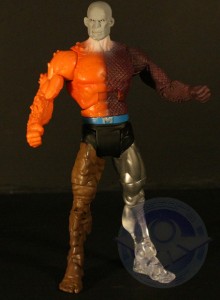 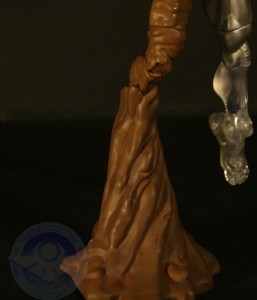 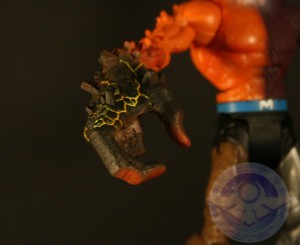 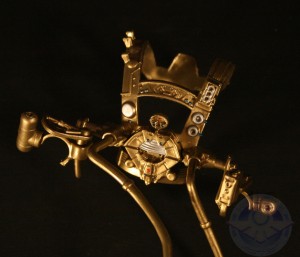 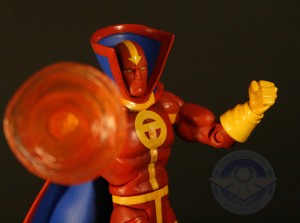 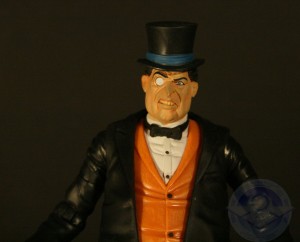 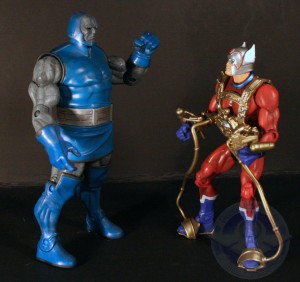 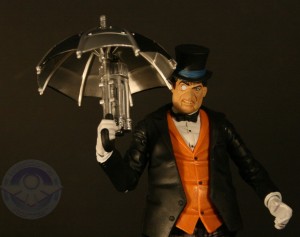 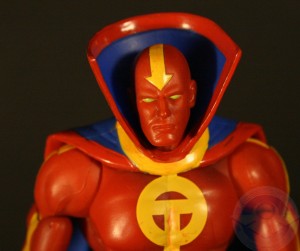 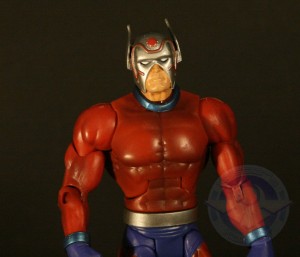 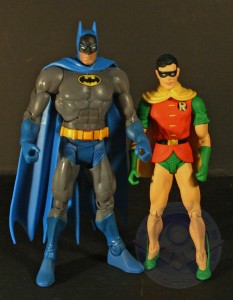 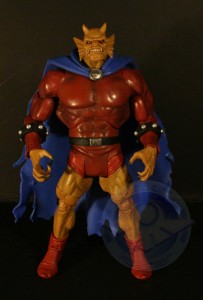 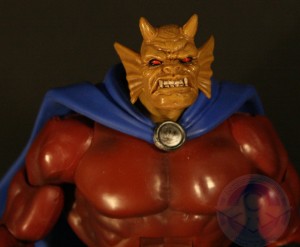 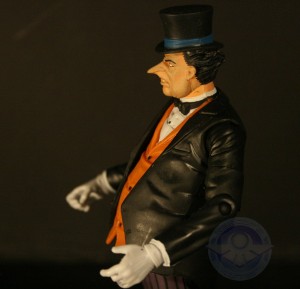 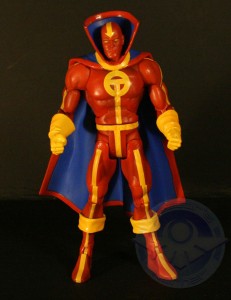 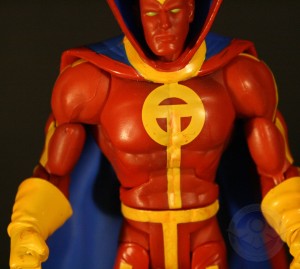 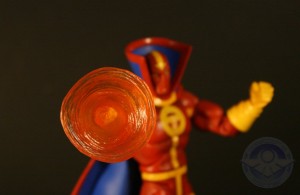 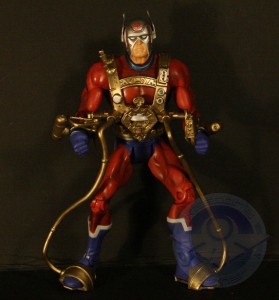 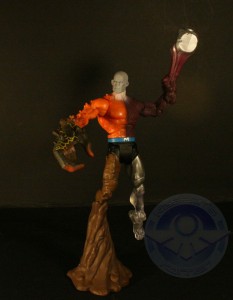 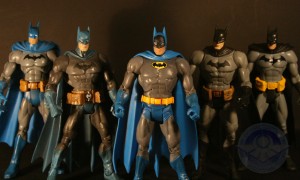 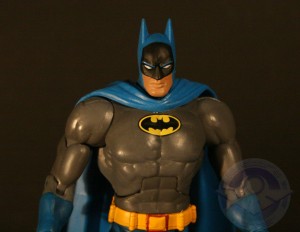