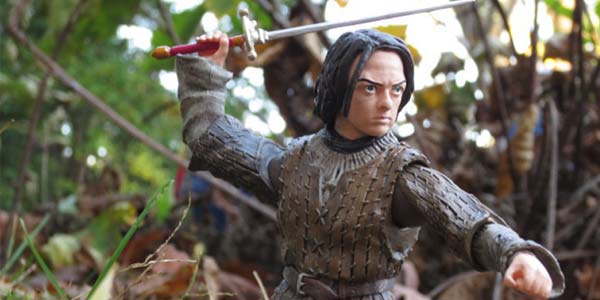 In many ways, I feel that Arya Stark is our best audience surrogate in the world of Game of Thrones.  By and large, the Stark family is made up of some pretty cool, decent people… who are pretty much consistently shit on by everyone else.  Arya’s the only character in the story who seems to share my frustration over that fact, which has certainly endeared her to me.  Her warrior’s journey– which has seen her train with Jedi-like master swordsmen, the greatest assassins in Westeros, and the Hound among others– has also helped make her one of the more compelling characters in a series filled with them.

So it makes sense that we’d see the younger Stark daughter get the Legacy treatment in Funko’s toy line, and I’m certainly glad we did.  Arya is an all new sculpt, which by and large looks good and wisely chooses to capture Arya in her peasant look, a style she has now worn for the majority of her time on the series.  Since she’s so young, Arya needs to be short, and I’m happy that Funko has managed to keep her in scale… she stands a full head shorter than big brother Robb, and nearly two heads shorter than The Hound, making her look appropriately small and young. 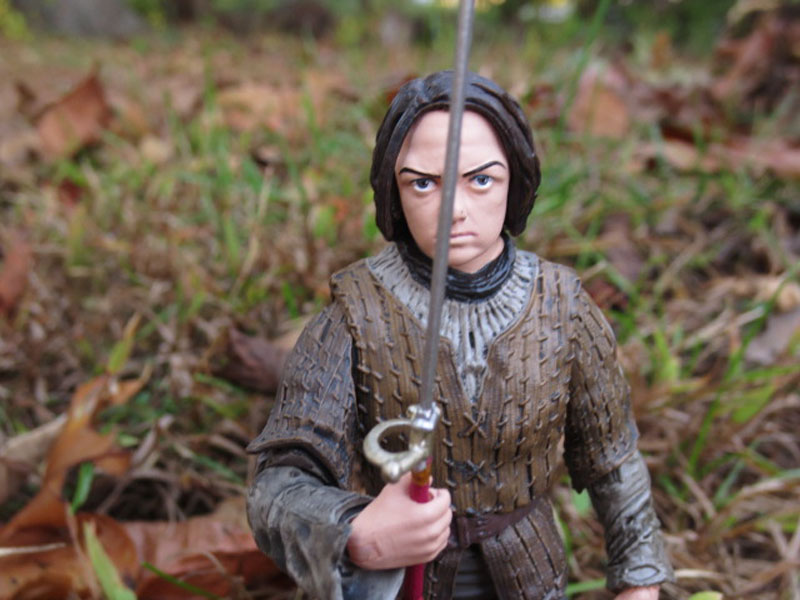 Overall, the sculpt itself works.  The frumpy clothing is well rendered, with details like the torn knee and tattered legs of the pants providing a lived-in aesthetic, while the baggy shirt adds an intended level of androgyny to the figure (something Arya made use of during her travels).  The figure’s head is the only part that isn’t perfect, in my opinion.  It’s not bad, and I definitely see Maisie Williams in there, but there’s something just slightly off.  Remember how, back in Series One, The Hound’s hideous burns were kind of buried under too much paint?  The reverse is going on here.  Maisie Williams has a very distinct facial structure, but the figure’s sculpt exaggerates here eyes, forehead and cheek bones just a tiny bit too much, giving her a sort of “Gollum effect.”  From the right angle, the portrait is spot-on, but I feel it would have been better had Arya been given her shorter front-facing hairstyle instead of having it back behind her ears.

The figure is fully poseable (although the thigh cuts on mine were stuck until I heated the figure up to free them), and she can strike a number of sword fighting poses, which is good news since she comes packed with her sword Needle.  Arya looks great on her own, or being displayed alongside her family or traveling companions such as The Hound.  I have a feeling many toy companies would shy away from making an Arya action figure, but I’m glad Funko is not one of them.

Funko really upped their game with the second series of Game of Thrones Legacy figures, in every way possible.  The sculpts are a vast improvement, and even slightly less than perfect sculpts like this figure’s Maisie Williams portrait are still worlds better than anything we saw in Series One.  The character selection is awesome (half of this new series are female figures!), and the overall quality of the materials is greatly improved.

Check back tomorrow as we cross the Narrow Sea for a look at Khal Drogo, and the all-new Daenerys Targaryen figures, as our Game of Thrones Legacy Collection review week continues. 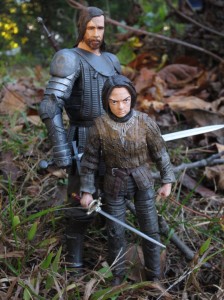 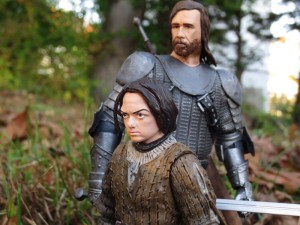 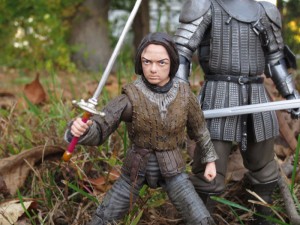 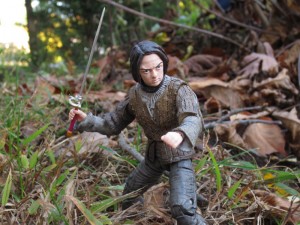 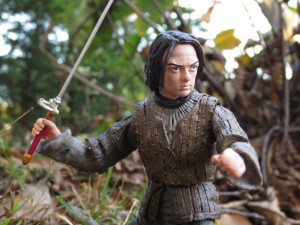 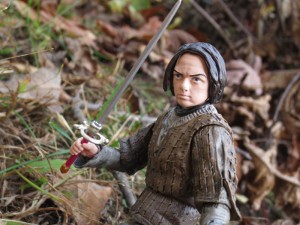 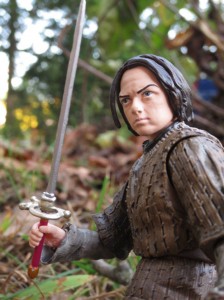 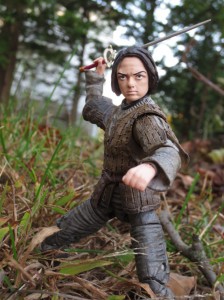 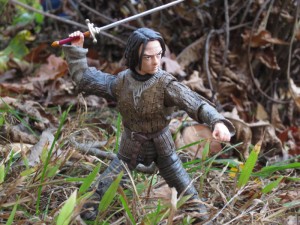 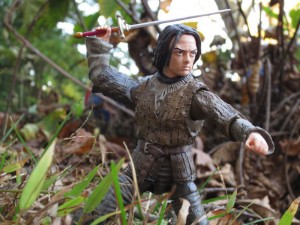 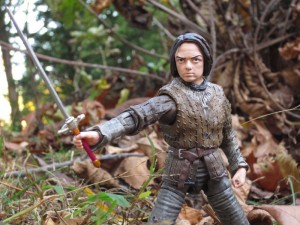 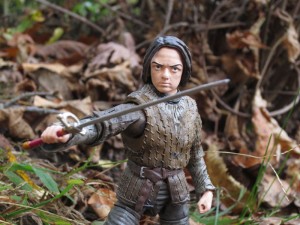 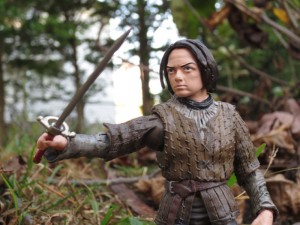 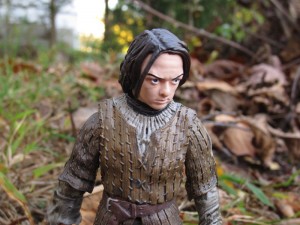 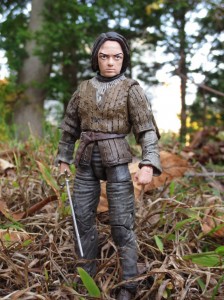 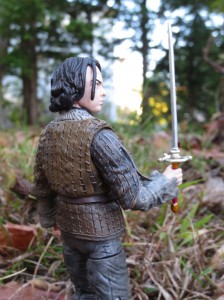 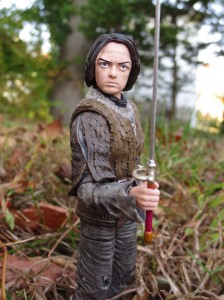 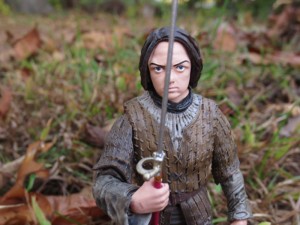