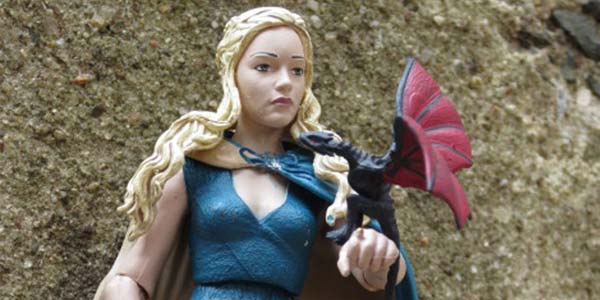 The Game of Thrones Legacy Collection really stepped up in terms of quality, sculpt and accuracy with the second wave, and the new version of Daenerys Targaryen, in her post-Dothraki blue gown, exemplifies how much Funko’s toy line has improved.  It’s not that Series One was bad; for a toymaker entering the 6″ collector figure market for the first time ever, they were actually quite impressive.  But the new figures improve upon that model in every way possible.

The big win for Daenerys 2.0 is the new portrait, which now reads loud and clear as Emilia Clarke.  While the small build and platinum hair was enough to identify who the first figure was supposed to be, the improved sculpt on this new version of Dany just nails it.

An improved head along might not motivate you to pick up a variant of a main character, but that’s only the beginning of Dany’s improvements.  This outfit is not only a more pervasive and iconic choice– she’s worn it at some point in the past three seasons of the show, compared to her Dothraki outfit which got all burned off in Season One– but the bright blue colors make the Mother of Dragons stand out, with the sense of regal power she warrants. 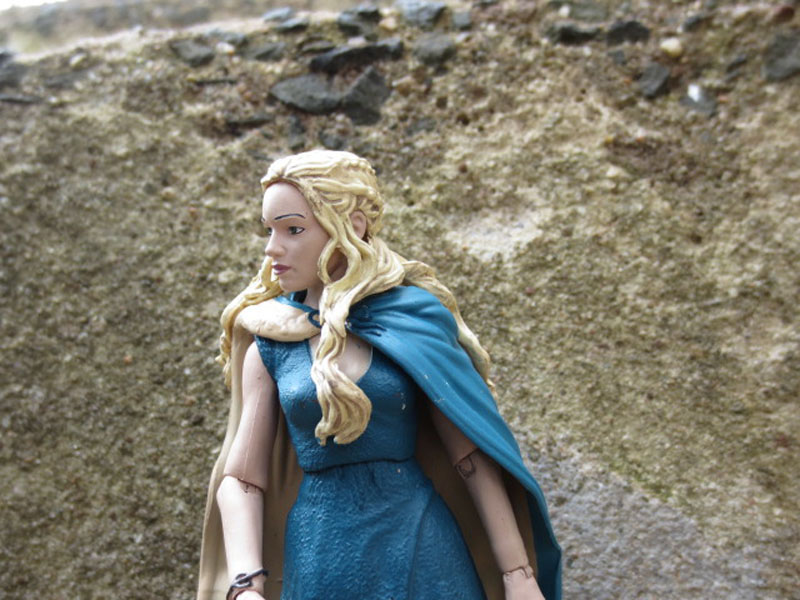 The figure is still fully poseable, and Dany features an even better range of motion now, thanks to her stronger joints and sturdier materials.  I’m by no means rough on my action figures, yet I still went through three of the original Dany figures before I got one that wasn’t broken.  The combination of small joints, thin pegs and brittle hard plastic made her very susceptible to damage, something the new figure corrects completely.

If I had a complaint about this second Daenerys, it’s that she only comes packed with a flog accessory, instead of one of her other dragons.  The pack-in baby dragon with the Series One figure was great, and future Dany variants seemed like the perfect vehicle by which to release baby versions of the other two as well.  But even with a somewhat more lame accessory, it’s hard to call the new Daenerys anything but a win.  Her sculpting, screen accuracy and sturdiness have all dramatically improved, to finally deliver a toy worthy of this deadly and righteous Queen across the sea.

Check back later today for your look at Khaleesi’s king, the Dothraki warlord Khal Drogo, making his Legacy Collection debut! 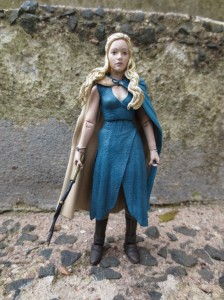 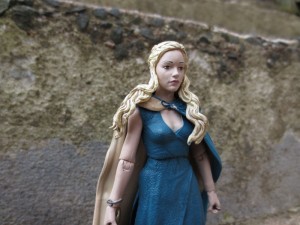 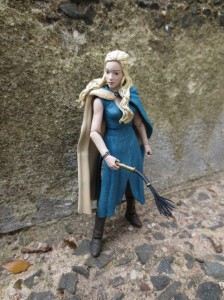 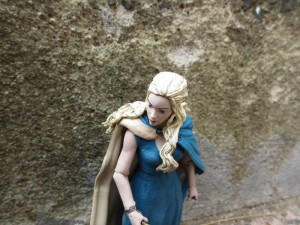 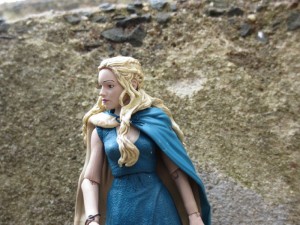 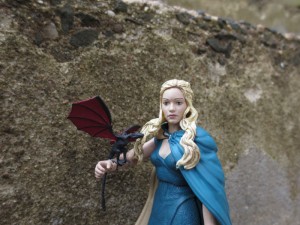 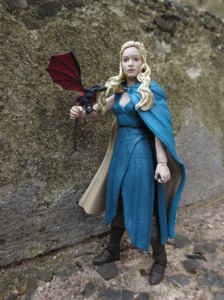 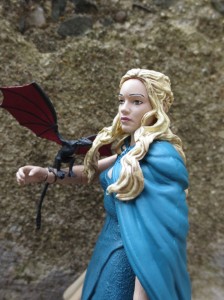 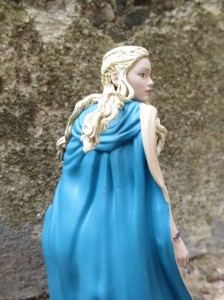 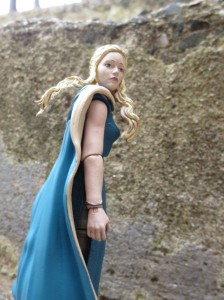 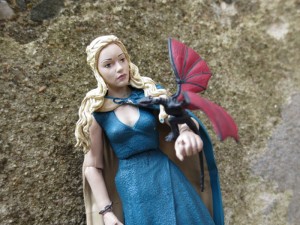 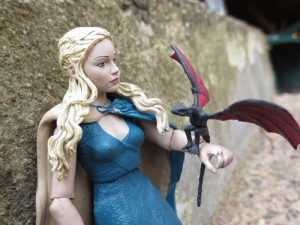 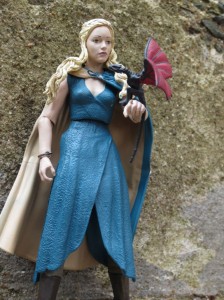 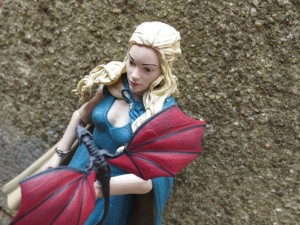 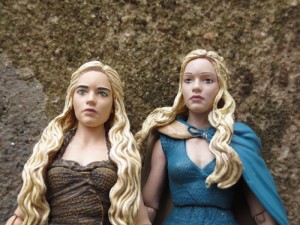 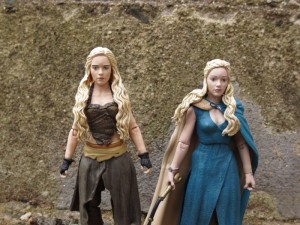