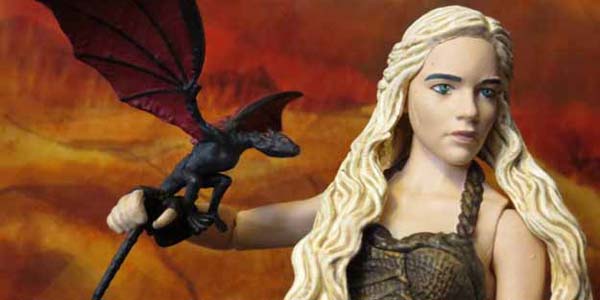 Game of Thrones Legacy wouldn’t be complete without the Mother of Dragons… and Daenerys rounds out the first assortment very nicely.

Of all the myriad characters throughout the Game of Thrones series, few are as intriguing– and as important– as Daenerys Targaryen.  We have watched as this young woman has evolved from a docile captive, practically enslaved to her brother, into the most powerful would-be ruler of Westeros.

It’s more than fitting that Daenerys would find her way into Funko’s Game of Thrones Legacy collection, and her first figure does justice to her Dothraki garb from her time as Khaleesi.  Gentle Giant knocked another sculpt out of the park, balancing Daenerys’ small form with an appropriate sense of authority.  Her costuming is spot on to her Season One appearance, and the various leather garments feature a sculpted texture and washed paint app which really up the realism of the figure. 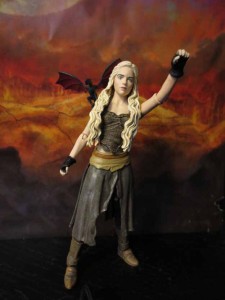 The likeness to Emilia Clarke in the portrait isn’t perfect, but it’s close, and the character definitely comes through strongly, in no small part thanks to her iconic platinum blonde hair.  Daenerys is slim and petite, and this does mean that, like Tyrion and the White Walker, her joints are smaller and more prone to breakage.  My first figure broke clear at the elbow peg, but my replacement has been fine.  It seems as though the construction of the elbow joint leads to some extra paint in the joint, so be very careful and gingerly try to free up this point of articulation to avoid breakage.

Daeny is well articulated, and includes one of her baby dragons as an accessory.  It’s totally appropriate for the character, and I’m happy we’re already getting a dragon in this line, even in its tiny form.  The dragon is a solid piece, and molded to perch on Daeny’s right shoulder.  It features pegs in the feet which plug into small holes on Daenerys’ shoulder, interrupting her great sculpt when the dragon is not in place… but let’s be honest– who’s really going to display Daeny without her dragon, anyway?

I’m thoroughly impressed by the work Funko did on their first wave of Game of Thrones figures.  For a freshman attempt in such a complex and detail-driven format as the Legacy action figures, their result was both ambitious and well executed.  If their future Legacy figures can keep up this attention to detail and smart character selection– and tighten up some of the Quality Control issues– Funko will be another major player in the collector’s action figure market. 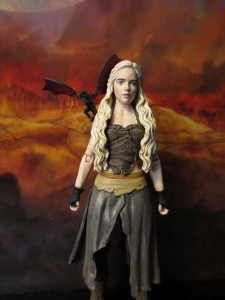 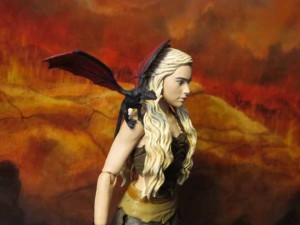 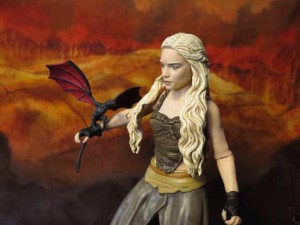 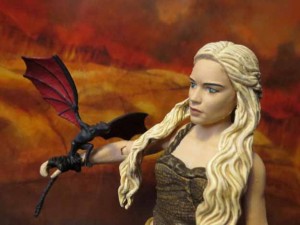 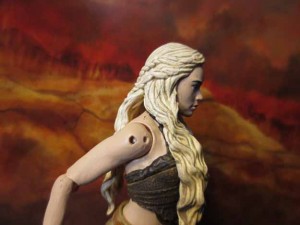 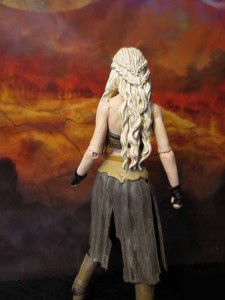 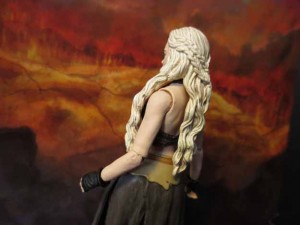 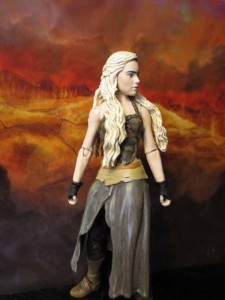 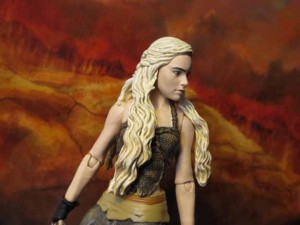 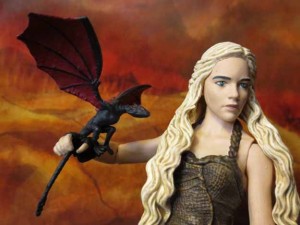 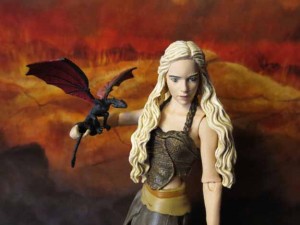 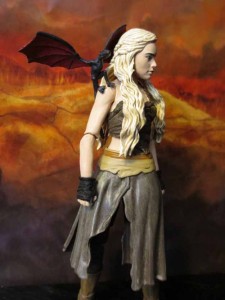 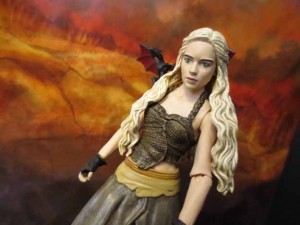 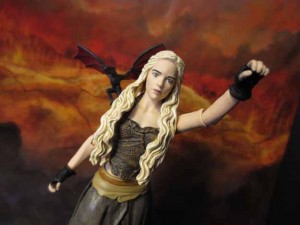 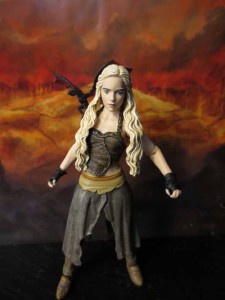 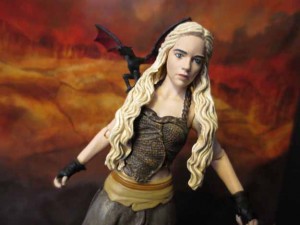 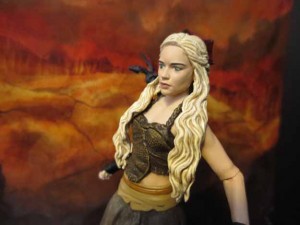 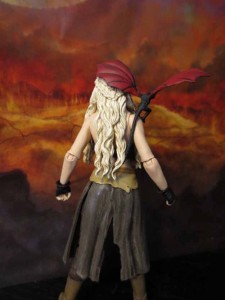 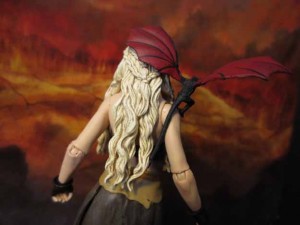 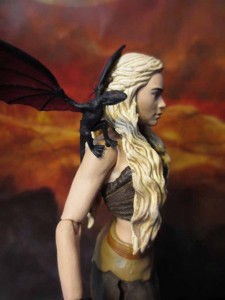