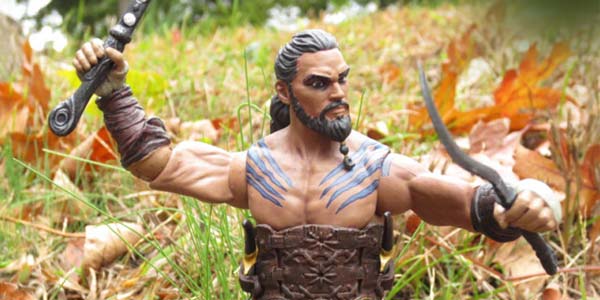 The Dothraki king gets the toy treatment as another great addition to Funko’s Game of Thrones Legacy series.

Oh, Khal Drogo… In like a badass, out like a punk.  And yet, that somewhat underwhelming character trajectory– Drogo was more a means by which Daenerys could self-actualize than an integral character in his own right– has still left an impression on many fans of the Song of Fire and Ice series.  And now, those fans can celebrate, as the horse-riding warlord has been realized in plastic as part of Funko’s new wave of Game of Thrones Legacy figures.

And he’s most a good one– there’s a lot to love about this guy!  The all-new sculpt is incredibly well done, featuring a great, intense portrait of Jason Momoa, a nice bulk that shows off Drogo’s mighty body, and lots of intricately sculpted detail in his Dothraki outfit, from the bandages and gauntlet on his arms to the braided hair on his head, to the tattoos spanning his shoulders.  Khal Drogo is a striking looking character, even in the world of Westeros, and this figure does a great job of translating that look into toy form.

Khal features all the articulation we’ve come to expect from this line, including ample arm and leg articulation, a ball jointed head and swivel waist, so he’s more than capable of striking any number of battle-ready poses.  Also aiding in this regard are his four (!!!) weapons– Drogo comes packing his twin ornamental daggers, which can store in the sheaths beneath his arms, as well as two scythe blades, whose disparate size match the pieced-together, asymmetrical look of the Dothraki battle gear.

The paint on this figure is particularly impressive as well, with some excellent, subtle washes adding a weathered look to both Drogo’s leather-like clothing and his skin, which enhances his rugged appearance.  I also really like how the blue of Drogo’s tattoos stands out so well against his earth-toned body, without being so bright and loud as to be abrasive.  The result is organic and quite accurate to Momoa’s look on the TV show, and the dark rings around his eyes complete the character’s on-screen look.  This eye shadow also highlights the intensity in Drogo’s scowling face, making this one action figure your other toys are NOT likely to want to mess with. 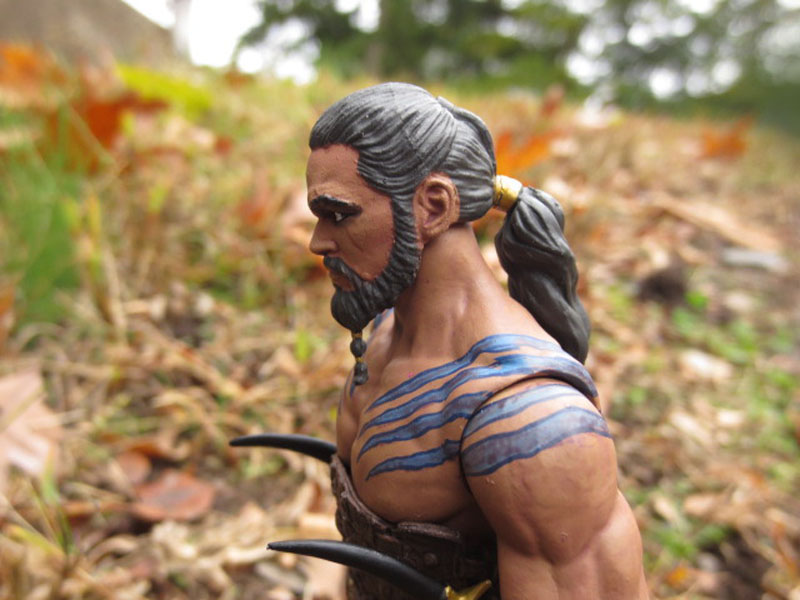 So obviously, there is a lot to love about Funko’s Khal Drogo figure… but unfortunately he still comes up short.  Literally.  While the sculpt, accessories and paint work on this guy are all perfect, he’s out of scale with his fellow Game of Thrones Legacy figures.  Not terribly so– Drogo still dwarfs his wife and stands healthily above figures like Robb Stark and Jon Snow, but he’s simply not as massive as he should be in comparison.  Had he been scaled up about 8%, Drogo would have stood eye-to-eye with The Hound, which would have been the perfect height for him.  As it stands, a face off between those two figures would suggest The Hound as our victor, much more than it should.

I really like the detail on the leather body armor Drogo wears, as well, but unfortunately it is glued in place, and rests slightly too high on all the figures I have seen.  Unlike the height thing, this is more a minor quibble, as the armor does not inhibit the figure’s poseability or overall look… it just serves to perturb OCD types like me just slightly.

With a few big strikes against him– most notably the improper scale– Khal Drogo winds up not feeling quite as definitive a toy version of the character than I had hoped for.  I have no idea if we will ever get another version of him in this toy line, but I kind of hope we do, if only to address the height problem.  The rest can stay the same, because the sculpt is killer.  Filled with both detail and fidelity to the character’s on screen appearance, this is one hell of a nice take on Khal Drogo, and my final takeaway is that my Game of Thrones collection is better having him in it.

Come back tomorrow as we return to King’s Landing for a look at Jaime Lannister and Brienne of Tarth, the final two new additions to Funko’s outstanding Game of Thrones series. 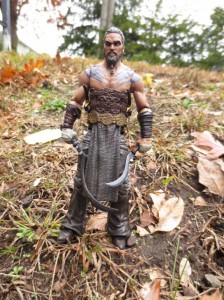 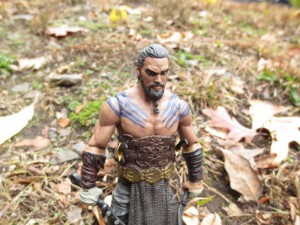 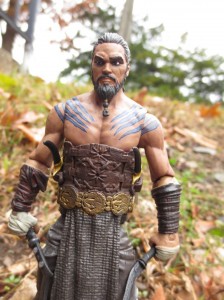 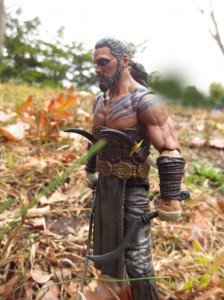 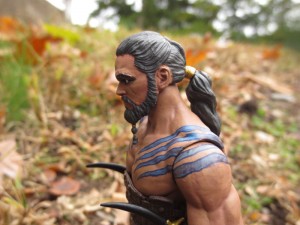 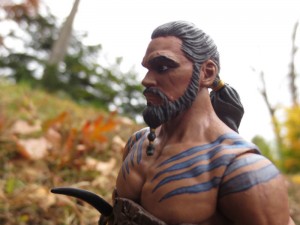 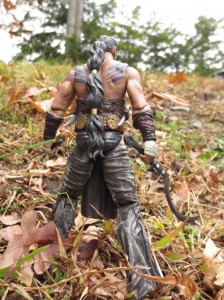 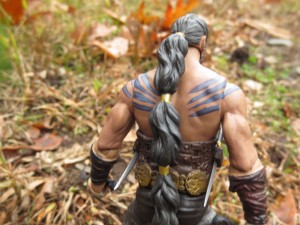 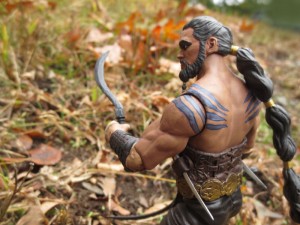 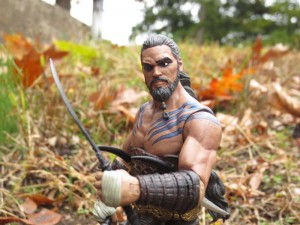 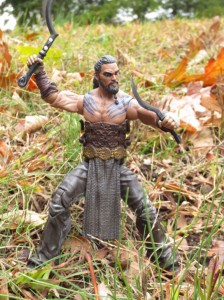 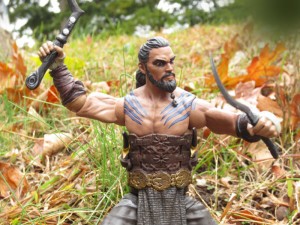 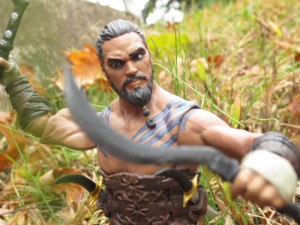 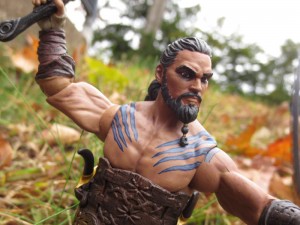 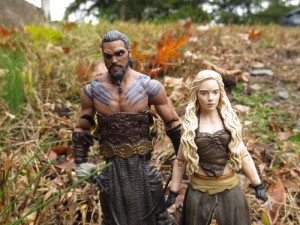 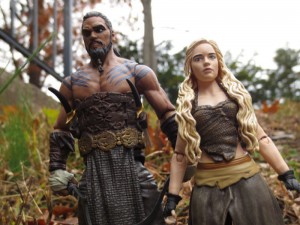 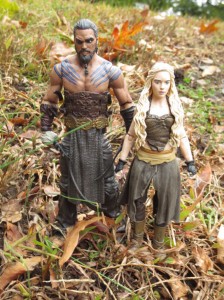