Review: All Hail Marvel’s ‘All Hail the King’ 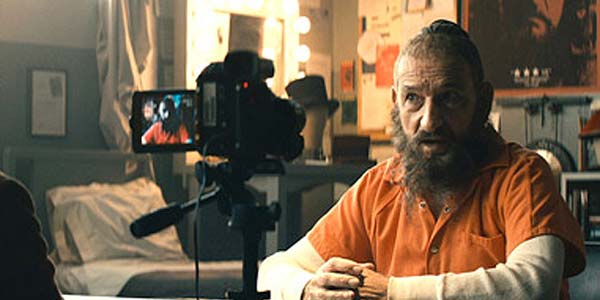 The latest Marvel One-Shot is fantastic.

There was a brief second I was afraid All Hail the King, the latest Marvel One-Shot found on the newly released Thor: The Dark World Blu Ray, would try to retcon the awesome yet controversial twist of Iron-Man Three, as Ben Kingsley’s Mandarin is revealed to be a fraud.  But I should have known Marvel Studios is way too cool to cop out like that, and they certainly did not.

All Hail The King continues the story of doped-up actor turned co-conspiring terrorist Trevor Slattery, enjoying his newfound notoriety from behind bars at Seagate Prison.  We get more back story– although delightfully, no more depth– into the hapless Slattery, once again brilliantly played by Kingsley.  Slattery is the embodiment of everything we dislike about actors– he’s pretentious and self-absorbed and completely disconnected from reality… but there’s a charm to his cluelessness that made me still like the character.

I don’t want to spoil the story here– which is written with the perfect balance of wit, silliness and genuine bad-assery by Iron-Man Three scribe Drew Pearce– but it manages to pull off the near impossible task of servicing those disappointed with the Mandarin’s cinematic portrayal thus far, while also continuing in the same vein as the last Iron-Man outing.  It’s so incredibly well done, so fun and packed with so much energy, I had more fun with these 14 minutes than with most feature films of the past year.

In that short time frame, we get two well-executed action sequences, lots of great gags from (and at the expense of) Slattery, and a look at an amazing send-up to cheesy 80s action TV shows, through a clip from the actor’s failed pilot Caged Heat.  This brutally funny bit drops a few Easter eggs (Slattery’s co-stars are Priscilla Everhart, presumably the mother of reporter Christine Everhart from the Iron Man series and Rick Hawkins, a nod to Shane Black’s character from Predator), and is made extra authentic thanks to theme music by Mike Post, who created the iconic music from Hawaii Five-O, Hill Street Blues and many more classic shows of the era.

By the time this story wraps, we’ve seen another twist in the Madarin saga, and I was left wanting more of both this ongoing tale of the Ten Rings, as well as more of poor Trevor.  There’s a lot to love about Marvel’s movies, but between Agent Carter and now All Hail the King, the shorts attached to the home releases– which could easily have been throw-away junk– are among the most exciting and thrilling corners of the Marvel Cinematic Universe.

You can check out All Hail The King on the DVD or Blu Ray of Thor: The Dark World, which was released this week.