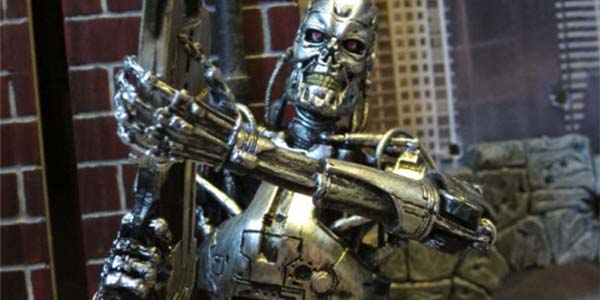 He’s back! And he didn’t even need to say so.

A handful of years ago, NECA made a line of action figures based on the first two Terminator movies.  They’ve been quiet on the Terminator front more recently, but those figures– while existing as some of the last vestiges of NECA’s pre-posed, less articulated days– were solid toys, featuring some excellent film accurate sculpts.  A lot of those figures are being given an upgrade later this year in the “Ultimate” line NECA has planned, but in the meantime they managed to sneak the best figure from the original line back out to retail… just in time for the likely awful new Terminator Genisys movie.

Of course, I’m talking about the Endoskeleton, a mold NECA has been getting some mileage out of in their recent RoboCop vs. Terminator line.  While the stylized paint apps on those Terminators was fun and cool, it left a lot of us craving a movie accurate silver Endoskeleton, the original version of which began collecting some sizeable asking prices on the secondary market.  But NECA bottled that lightning, with this great, affordable re-release of the figure in a stylish new window box packaging.

I was late to the game with NECA’s Terminator line, so I never had the movie Endoskeleton before now.  I have to say, for under $20, he does not disappoint.  The sculpt is really good, with a wonderful sense of dimensionality thanks to his movable panels and mostly hollow chest cavity.  There’s working hydraulics attached to his elbows, hips and knees, and lots of great little detailing, like the small hoses that run from his head to shoulders.  The headsculpt is also really good, a definite step up from the old school Endoskeleton oddly featured on the packaging.  The Terminator skull seems to be one of those designs weirdly difficult to render in toy form, but this guy does an admirable job of things. 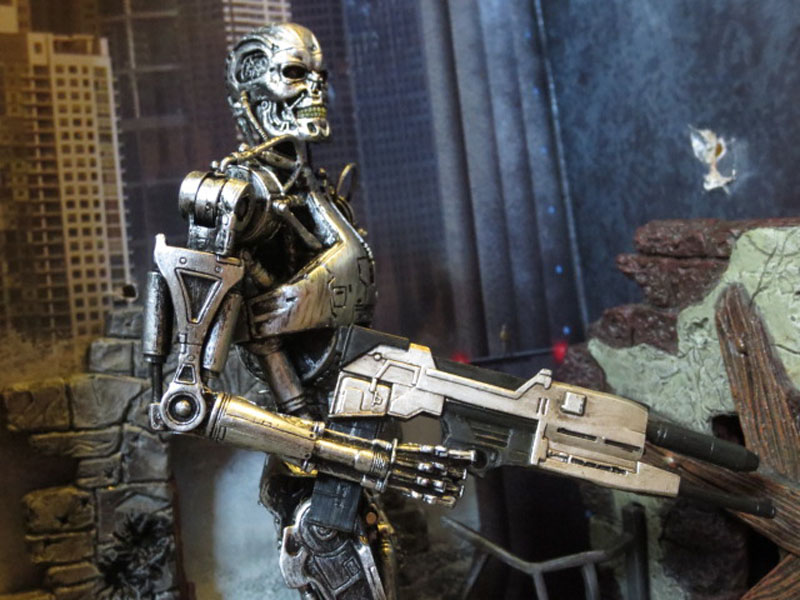 The figure also features a wonderful paint job, with multiple tones of silver, grey and black giving this killer robot a very grounded, realistic look.  He’s shiny, but not impossibly shiny… this Endo has clearly been through a skirmish or two with Skynet’s human opposition.  The Terminator is helped in this regard with his assault rifle, which fits (loosely) in either hand.  While the weapon is a little off balance in one hand, the great upper body articulation allows for some great two-hand poses which help to stabilize the figure and also make it easy to nail those screen accurate poses.

The lower body isn’t quite as effective, as it was one of the earliest NECA figures to work leg articulation into their design.  The hip hydraulics are awesome, but their presence inhibits some of the range we get from the legs, especially forward-backward motion.  And while I appreciate the ample joints on the figure– knees, excellent ankle joints and hinged toes– the toe joint on my figure is so loose, it cannot support the weight of the figure, unless I balance him squarely on his heel.  If the toes had been more firm, this wouldn’t be as much of an issue, even though the figure’s feet are a little awkward by design.  I think the best solution would have been a small display stand, guaranteed to keep this metal soldier standing.

Overall, this Endoskeleton is totally worth picking up.  I might have been underwhelmed had I bought the original version and paid through the nose.  But for standard retail, this figure is pretty great, especially considering the advancing years of this sculpt.  He’s a solid rendition of this iconic look for the Terminators, and he serves as an interesting piece of NECA’s history, as one of their first noble experiments into increasing their figures’ articulation.  The eye catching new box art and wonderful paint work help to really put this Terminator over the top.

If you want to add this guy (and an army of him, I guess), you can visit NECA’s eBay store or check the trading card area near checkout at your local Wal-Mart.  That’s where I found mine, surprisingly enough! 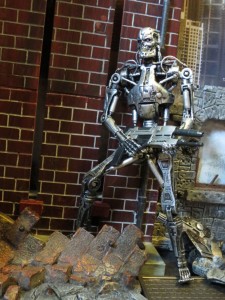 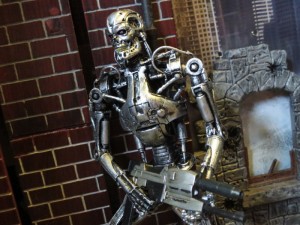 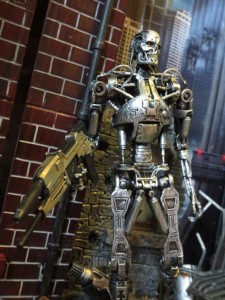 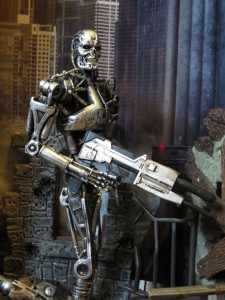 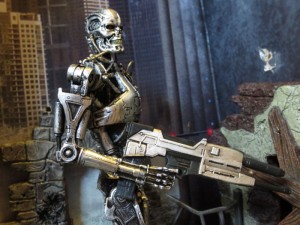 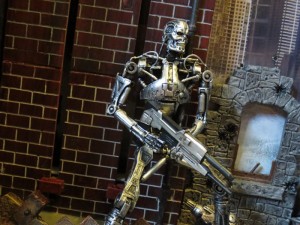 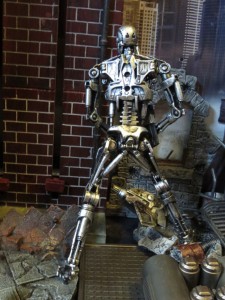 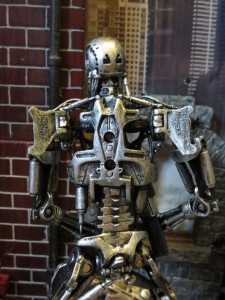 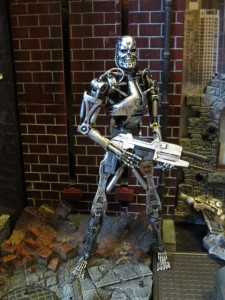 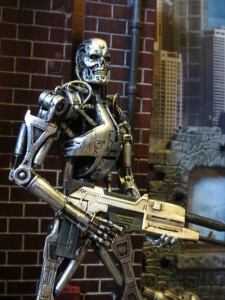 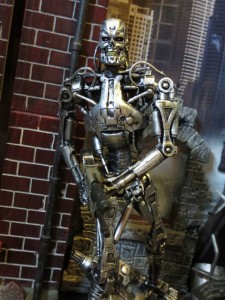 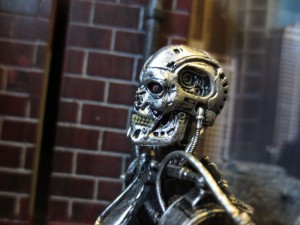 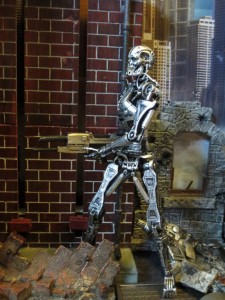 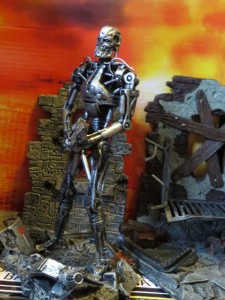 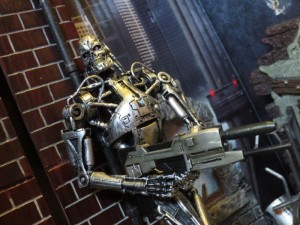 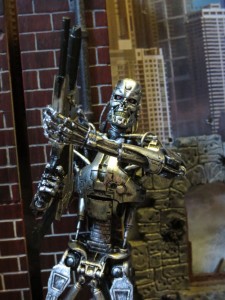