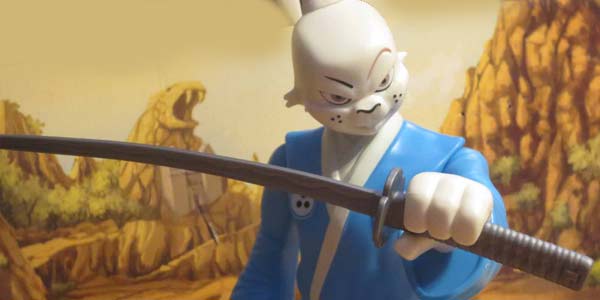 In addition to two different 4″ figures, and a killer horse and rider box set, Playmates’ plans for Usagi Yojimbo in their TMNT toy line have also delivered an 11″ jumbo figure. But unlike most of these larger size, lower quality figures, the “Mutant XL” Usagi is actually pretty great.

Every mainstream toy company makes these types of jumbo figures, and they usually all suffer from the same fallbacks– overly stiff poses, limited articulation, a lack of paint apps, and low quality sculpts. But Usagi bucks the trend on virtually every count, making him one of the best toys I’ve seen released in this format (not that it’s a very nigh bar).

Usagi is sculpted in his traditional blue and black samurai outfit, which is spot on to both his TMNT animated appearance and Stan Sakai’s original comic art. The figure is a bit limited in his articulation, but he gets a ball jointed neck that works wonders, along with cuts at the wrists and ankles to gvie a bit more range to the standard shoulder and hip cuts.

One thing that truly helps this figure shine, despite the limited range of motion, is his pose, which stands more naturally with bent elbows, as opposed to the stiff-as-a-board stance we typically see with jumbo figures. It makes a world of difference here… while Usagi can really only strike a handful of poses, he looks great in each one.

The paint work on this guy is basic, but what we get is quite well applied, from the figure’s pupils, to the whisker freckles, to the iconic scar the rabbit ronin carries on his forehead. It’s interesting that Playmates opted to sculpt a smiling expression on this figure, as opposed to a more serious look as we saw on the 4″ versions… but I really like it. Yes, Usagi may be a disciplined samurai, but his adventures over the years have also proven he’s got a bit of cockiness which is perfectly captured in this figure’s confident grin. 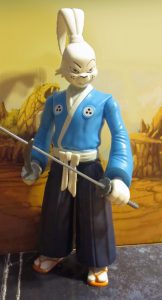 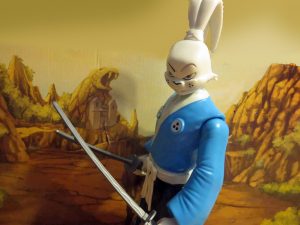 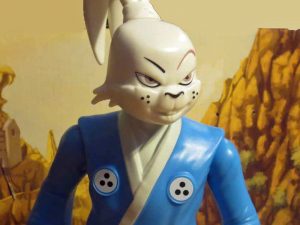 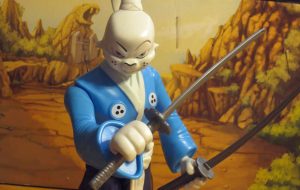 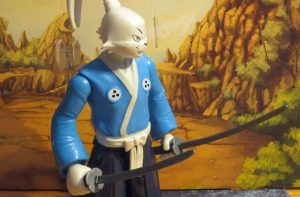 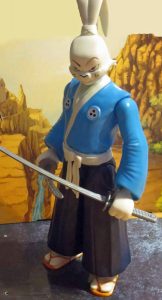 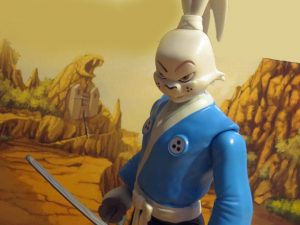 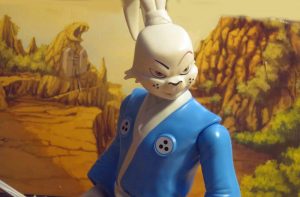 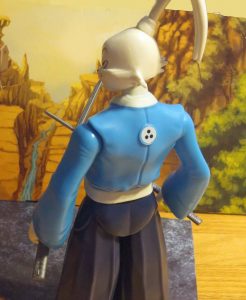 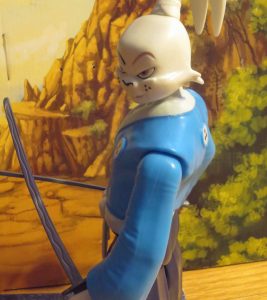 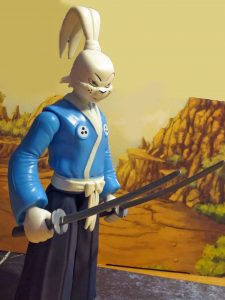 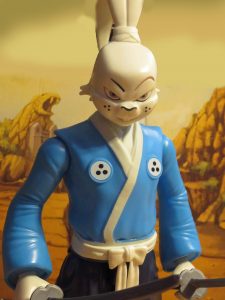