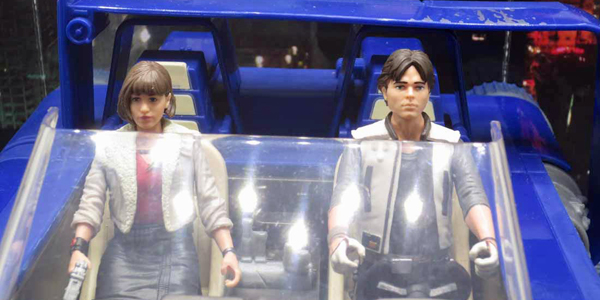 A universal feature of the size, scale, and scope of the Star Wars toy line– since its advent in 1977– is vehicles to go along with its figures. And the Solo collection by Hasbro carries on this tradition, with a wide variety of drivers and  rides to compliment the 3.75″ action figures on shelves now.

“I’m a driver and I’m a flyer.” That’s one of the first things we hear Alden Ehrenreich’s Han Solo say in the trailers to his new Star Wars Story. So it only makes sense we’d see a bunch of vehicles in the latest Star Wars toy line by Hasbro. In particular, we’ve seen the release of two very different speeders, which draw from and expand upon the Star Wars mythos.

In the smallest scale of vehicles from Hasbro’s current Star Wars 3.75″ toy line, we see the release of Enfys Nest and her Speeder. This new, tribal-themed villain rides atop a customized speeder bike which draws clear inspiration from the podracers of The Phantom Menace as well as the Swoop bikes popularized by the no-longer-canon Expanded Universe. On a purely visual basis– not having seen the Solo movie– I can say this design works in the same way as the EU’s Jacen Solo was translated into Ben Solo in the Disney era Star Wars canon, processing all the raw data that made it appealing into something that was both new to the franchise overall, and familiar to the property.

Nest’s bike is a cool looking, all new sculpt, with enough threadbare mechanics to make it feel right at home in the Star Wars universe, while its colors and silhouette feel distinct enough to earn a place among the ranks of Star Wars’ greatest vehicles. Nest herself is an interesting addition to the cast of characters… she shares equal inspiration from Kylo Ren, and EU icons like the Felucian Warriors from The Force Unleashed video game, resulting in something that is both familiar and unique in the Star Wars canon. 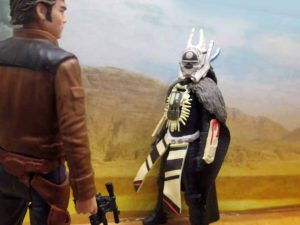 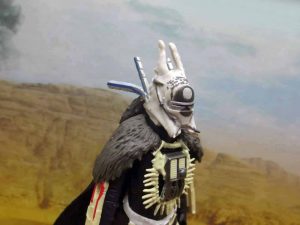 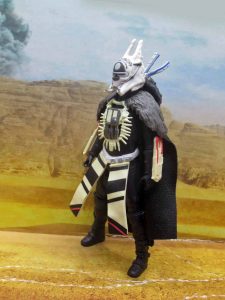 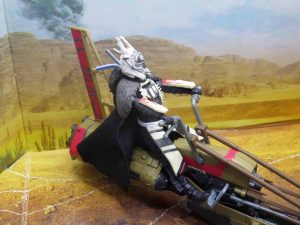 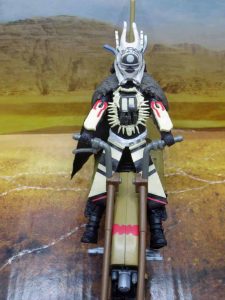 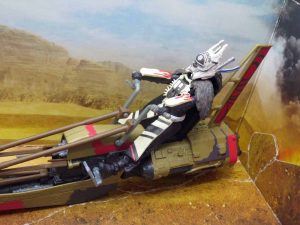 Enfys Nest is a 5 points of articulation figure in essence, yet she can ride her speeder quite naturally, thanks to her added forearm swivels which grip the bike’s handles easily. Faring less well are the rubber slats on the front of her skirt, which bend as opposed to moving with the figure when she’s in a riding pose. This means, while she looks great on her speeder, Nest may appear awkward if you take her off later. If you opt for a stand-alone approach to displaying this figure, she works quite well, as the swivels at the forearms allow her to hold her staff very well.

Han Solo’s Corellian speeder could not be more different than Nest’s bike overall, but it shares the same kind of ties to the Star Wars of a decade ago in context. One of the big things about Attack of the Clones was its inclusion of a reference to George Lucas’ American Graffitti during the opening speeder chase on Coruscant. I felt the end result never lived up to my imagination’s conception of a chase involving Obi Wan Kenobi and Anakin Skywalker on space-themed hot rods against some unnamed adversary. But now Solo has the chance to revisit that lost potential, by placing another beloved Original Trilogy character behind the wheel of a similar chase scene.

And while I can’t say as to whether Han Solo bests his opponent, or even if the scene lives up to Lucas’ American Graffitti drag race, I feel Solo’s speeder feels like it could. The oddly rectangular– yet completely asymmetrical– shape of the speeder feels welcome and organic within the Star Wars universe, while still presenting as unique and unlike any vehicle we’ve seen before.

The toy includes a fun action feature, which allows its front end to crash and collapse on impact, thanks to a rubber overlay across the front end of the speeder. The gimmick also triggers an ejector seat from the driver’s position inside the speeder, which I can only assume ties to a plot point in the film. 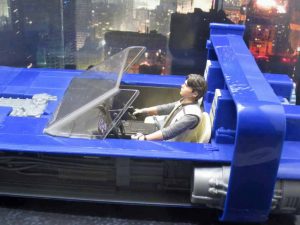 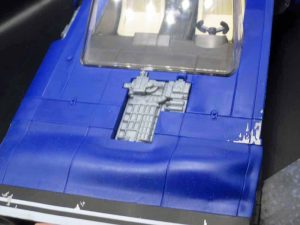 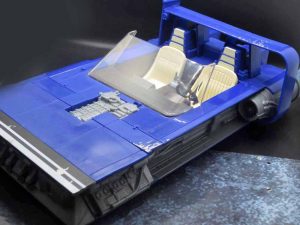 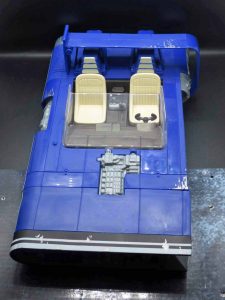 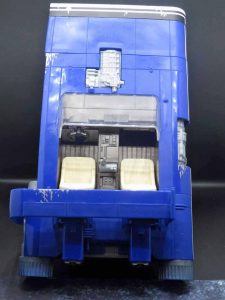 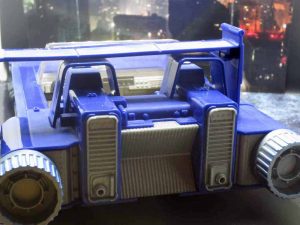 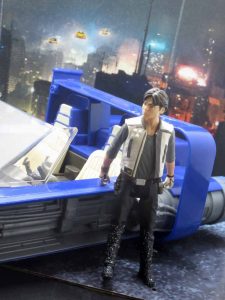 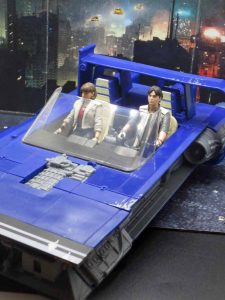 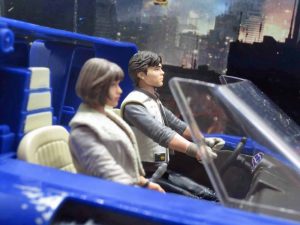 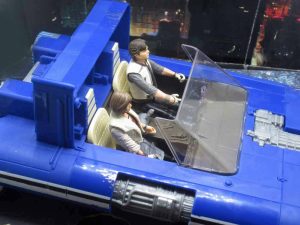 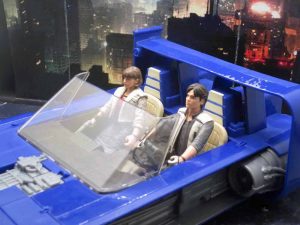 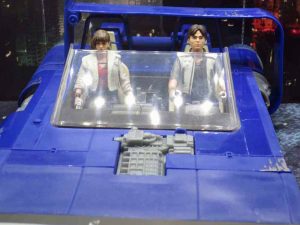 Speaking of connecting to the Solo movie, I should mention both speeders are part of the Force Link 2.0 collection, and as such can interact when you hold them while wearing the Force Link 2.0 reader on your wrist. It’s a very cool bit of toy tech which can trigger sound effects and lines of dialogue from the movie while you’re holding your Star Wars toys (read more about Force Link 2.0 here… toward the end of the article).

Both speeders in Hasbro’s Solo: A Star Wars Story collection are pretty awesome and fun toys. The level of detail in on par with the more demanding Vintage Collection fanbase, and the sculpted detail, intriguing action features, and great sense of scale within the 3.75″ toy line make them perfect additions to any 3.75″ Star Wars collection.

Thanks to Hasbro for giving us (some) of these figures to review.