Rhino & Green Goblin Both In Costume In Amazing Spider-Man 2? 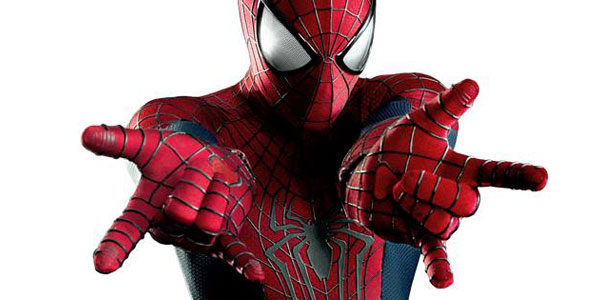 Okay, so not only have we been treated to some exciting new information about the Amazing Spider-Man Legends from Hasbro, the interwebs has also given us an early glimpse at two more villains from the upcoming sequel.

Comic Book Movie posted a picture of a new promo poster for Amazing Spider-Man 2 which features Spidey facing off against not only Jamie Foxx’s Electro, but Rhino and Green Goblin as well.  We’ve know forever that the Osborn’s and Paul Giamatti’s Rhino would be in the new movie, but this is the first indication that we will be seeing them all suited up and ready to wreak havoc.

From this one shot, the Rhino design is very vague, looking more like an actual robotic rhino than a guy in a suit… I’m very curious if the movie’s take on the villain turns out to be Giamatti piloting this metal creature, and not appearing in an actual costume?

As for the Goblin, we still don’t know who it is, although there has been hints the new on screen version of the villain will be Harry, not Norman, and while we don’t get a good look at him on the horizon in this poster, he already looks better than the Power Rangers version from the first Sam Raimi movie.

Now that this is out, I’d expect Sony to release a hi res, legit version of this image quite soon, possibly before next week’s launch of the new trailer.  In the meantime, have fun joining me in pouring over the details in this image, as best we can with this picture.