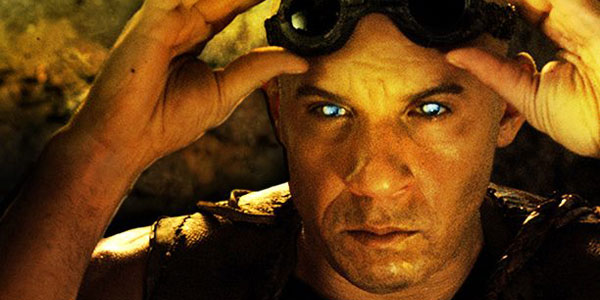 The Riddick panel went down yesterday at Comic Con, and Vin Diesel’s long-in development labor of love… actually looks pretty fantastic.  There’s a new red band trailer that just hit in conjunction with the SDCC panel, and it’s all kinds of cool.

Most of this trailer plays out in the welcome new format of spotlighting a single scene from the film, as opposed to a montage, and it pulled me in right away.  It looks like we’re back to Pitch Black style Riddick, as he taunts his apparent captures and laughs in his nasally baritone growl, even as (then) unseen monsters murder them through the walls of their shelter.

There’s a lot of money shots here, and a nastiness that was lacking from the higher concept sci-fi of Chronicles of Riddick, leading me to believe Riddick will be the perfect blend of its predecessors, hopefully into a whole movie as ass-kicking and name taking as this trailer.

Check it out, and let me know what you think: