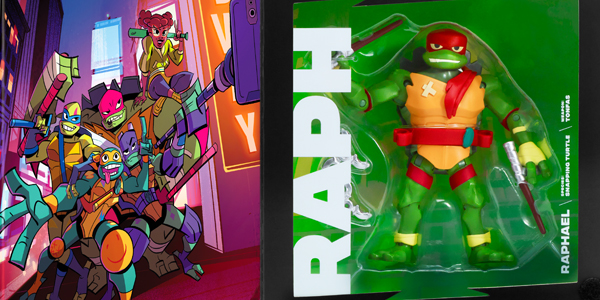 Playmates is debuting the all new, all different Teenage Mutant Ninja Turtles at San Diego Comic Con this week.

Later this year, Rise of the Teenage Mutant Ninja Turtles will debut on Nickelodeon, a re-imagining of the heroes on the half shell that promises to be one of the most unique takes on the mythos yet, in terms of both design and storytelling.  Playmates is on board, with a whole lineup of Rise of the TMNT toys slated for the fall… but the first, ever Rise action figures will be available at San Diego Comic Con later this week.

Playmates is bringing all four brothers to SDCC, available at the Nickelodeon booth starting this Thursday. Each figure sports thirteen points of articulation, accessories, and a very stylish fifth window box packaging, exclusive to the Comic Con releases. From what we’ve seen of the new animated series, these figures really nail the new aesthetic, and they seem to be among the more highly poseable TMNT toys we’ve seen from Playmates in a minute.

You can check out more info– as well as hi res photos– of the SDCC exclusive Rise of the TMNT action figures below. 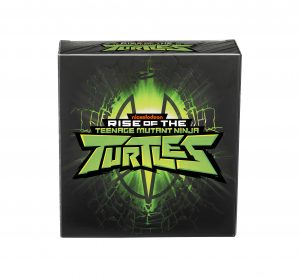 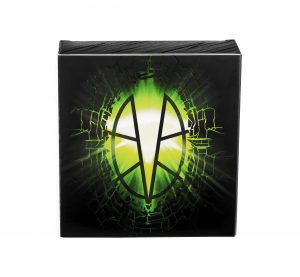 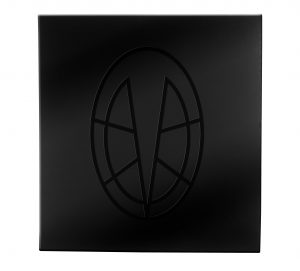 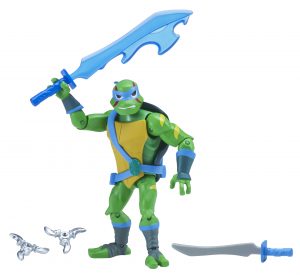 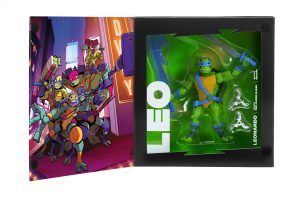 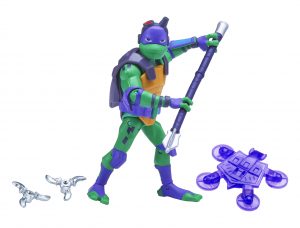 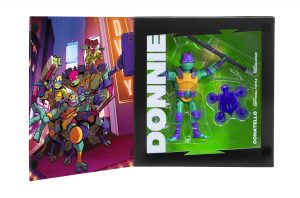 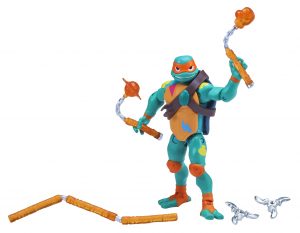 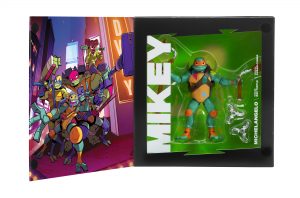 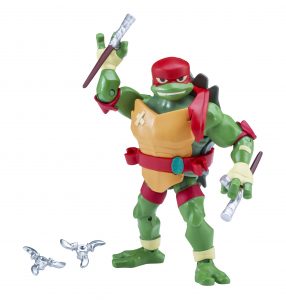 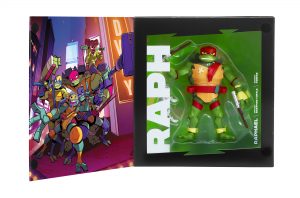 The individually sculpted figures come in a protective “fifth panel window box” that will be placed in a 2018 San Diego Comic-Con box that features each Turtle’s name. The figures range in height from 4.25 inches for Michelangelo, to 4.75 inches for Raphael, with Donatello and Leonardo each standing at 4.5 inches tall. Each figure has 13 points of articulation and not only includes their new core weapon accessories, but also features additional decoration, details and accessories.