Risen 2 Should Be Tossed Overboard and Keelhauled 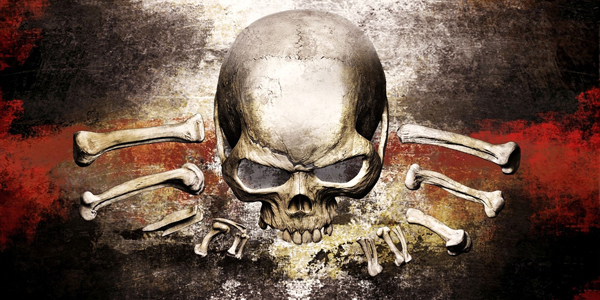 Piranha Bytes developed the original Risen for PC and Xbox 360 back in 2009 to little fanfare.  A subpar RPG rife with technical problems, performance issues, and an abysmal console port, it was still surprisingly well-received by many gamers who were able to look past the lack of polish.  Now, nearly three years later, you’d think that the devs would have addressed and improved upon many of its predecessor’s missteps for the console release of Risen 2: Dark Waters, but you’d be dead wrong.  This pirate-themed adventure is about as much fun as a case of scabies and twice as ugly.

As a direct continuation of Risen’s story, your nameless character wakes up in an Inquisition-controlled fortress while distant lands are under attack from ancient god-like monsters called Titans and only a group of pirates holds the key to defeating them.  It’s a large game which eventually becomes filled with quests, monsters, and loot but, for a good while, you’ll be meandering around bland locations without the aid of directional cues looking for the correct person to interact with.  You’ll find no shortage of NPC’s to converse with but, while all the dialogue is voice-acted, it’s executed poorly and is far from engaging.  I’d say there are lip-synching issues a well, but that doesn’t even start to describe what’s going on here.  The mouth movements seem to be more akin to fish lazily opening and closing their jaws than human speech.  Couple this with last-gen looking character models and hard-to-read text which details your responses to prolong an already lifeless conversation and you have a pretty lackluster package.  In fact, I fell asleep trying to force myself through this hellish experience. Twice. 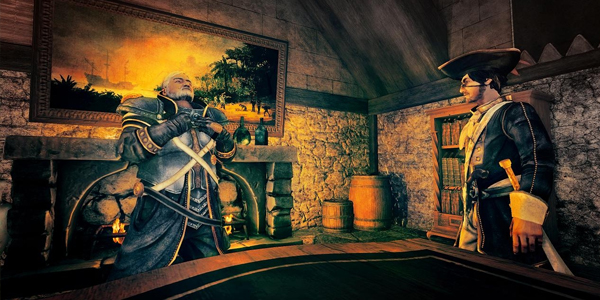 You are given your first sword early on, but the one-button combat system is incredibly clumsy and lacking, especially until you have played enough to accrue the necessary gold to train your swordplay skills.  The single animation given to your hero’s attacks doesn’t help the situation, nor does the fact that your character moves too slowly – as if constantly plodding through shallow water.  To make matters worse, the wonky camera controls and hit-or-miss parry mechanics can make fighting multiple opponents a chore.  Pistols fare a bit better in combat than bladed weapons and (keeping with the pirate theme) our hero can also obtain a parrot that, when utilized, will distract enemies while you go in for the kill.

In many ways, Risen 2 can be compared to the far superior Witcher 2.  The game throws you into the thick of things and never holds your hand, instead leaving it up to the player to learn the basics for themselves. You will need to determine how to proceed by paying close attention to conversations with other characters and navigate by actually learning the terrain as there are no mission markers.  Once you obtain quests, how you go about completing your objectives is largely up to you, with numerous ways to go about reaching your goals by means of using stealth, speechcraft or violence – but none of these paths are made apparent to you and there will be instances when you simply have no idea what to do, where to go, or how to use something.  This kind of experience lended itself extremely well to The Witcher 2 because it looked so good, played so well, and was so intriguing, delivering a story that immediately sucked you in while the visuals kept you in awe for its duration.  Risen 2 falters in each area, which leads to frustratingly drawn out and non-rewarding gameplay. 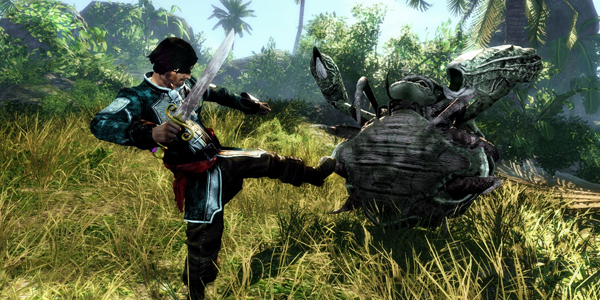 It’s never easy to completely write a title off with a negative review as each one, for better or worse, is a labor of love from a large team of talented folks.  In cases like this though, it’s impossible to recommend the game, even to hardcore action-RPG enthusiasts, due to its glaring flaws.  It’s almost as if the game was released while it was still in the very early stages of development, looking incredibly unpolished in every department.  Jagged edges are prevalent throughout, as are broken animations and framerate issues.  It’s a shame because there is a staggering amount of content present here — a huge world to explore with the freedom to do it all at your own pace.  But, with such a marred presentation, few players will have the dedication to soldier through to its completion.